To make an impact as G7 president, Berlin must reduce its dependency on fossil gas and get all the key ministries working together 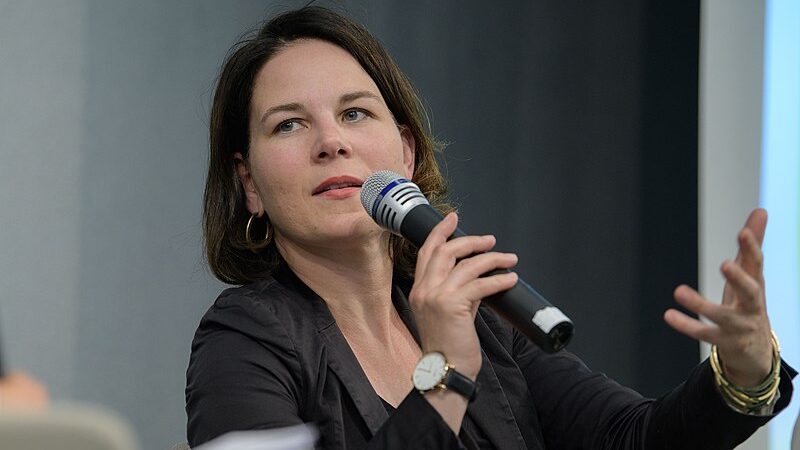 Germany is one of too few countries mobilising proportionally significant amounts of climate finance. Still, Germany has historically had a haphazard approach to integrating climate considerations into its external relations.

Up until now, the Environment Ministry took the lead on international climate negotiations and mobilised finance through its flagship International Climate Initiative. This initiative however has not always been perfectly in sync with German energy policy – especially when it comes to energy security and weaning itself off foreign fossil fuel suppliers.

In the absence of central climate policy leadership or backing of the Chancellery or the Foreign Office, different ministries too often have worked in silos with different arms of government, often led by different political parties, largely pursuing their own strategies. Climate considerations have rarely (if ever) been mainstreamed into trade, international financial markets, or agricultural policy. This lack of coordination has meant that Germany has punched well below its weight in terms of driving climate action internationally.

Geopolitical tensions have grabbed headlines, but the new foreign minister Annalena Baerbock and the Federal Foreign Office must not forget that they are also now responsible for representing Germany in international climate negotiations.

The German Federal Ministry for Economic Affairs and Climate Action led by fellow Green Robert Habeck will lead domestic climate policy with important implications for international energy and trade policy. The bulk of German climate finance flows through the Ministry for Economic Cooperation and Development, led by the former environment minister Svenja Schulze.

Effective climate diplomacy demands that these three work well together and that they have the full backing from the Federal Chancellery. Ministries for the environment, finance, agriculture, and others with international climate relevant programmes must also toe the line.

Encouragingly, the coalition agreement clearly called for “aligning climate, energy, and economic policy on the national, European and international level with the objective of limiting warming to 1.5C”. Further, the German G7 presidency programme highlights climate and sustainability almost throughout. The appointment of the former Greenpeace International head Jennifer Morgan as the Special Climate Envoy in the German Foreign Office sends an important signal that the new government is serious about climate diplomacy.

However, there are issues that have already risked undermining Germany’s reputation, including its slow coal phase out and fence-sitting on fossil gas. The country until recently adamantly supported and defended construction of the Nord Stream 2 pipeline. It also supports classifying gas as a “sustainable activity” under the EU’s so-called taxonomy rules. Explaining to developing countries that they should go all in for decarbonisation is a tall order if Germany is in a dash for gas. Australian LNG producers are already pushing to expand exploration in response.

Considering the somewhat rocky start, it is even more important for Germany to walk the talk at home but also to act decisively, strategically, and with one voice abroad.

Reducing dependency on fossil gas with energy efficiency and electrification with renewables will buy more room for geopolitical manoeuvre. Similarly, these two key areas should be central pillars for an international climate action club dedicated to a race to the top.

The bar for club membership should be set high – in line with decisive efforts needed to keep the 1.5C goal alive. Aspiring developing country club members will need help in joining, for example via the German government’s proposed climate partnerships. These can build on the example of last year’s deal to support South Africa to phase out coal in the context of a just transition.

Here, Germany could take the lead by mobilising partners to negotiate similar agreements with others. These need to crowd in investments from the private sector as part of a broader green recovery while pulling in the G7 and multilateral development banks. Considering the growing list of weather disasters linked to climate change, adaptation, resilience, and loss-and-damage will also grow as key issues in foreign relations that will demand prioritisation.

Despite geopolitical tensions and recent stumbles, Germany cannot afford to lose sight of the imperative climate action in this critical decade. Considering Germany’s place in the world and its presidency of the G7, it is essential that the new German government step up to give the world a fighting chance of keeping global temperature rise below 1.5C.

Aki Kachi is a specialist on climate finance and carbon markets at NewClimate Institute.