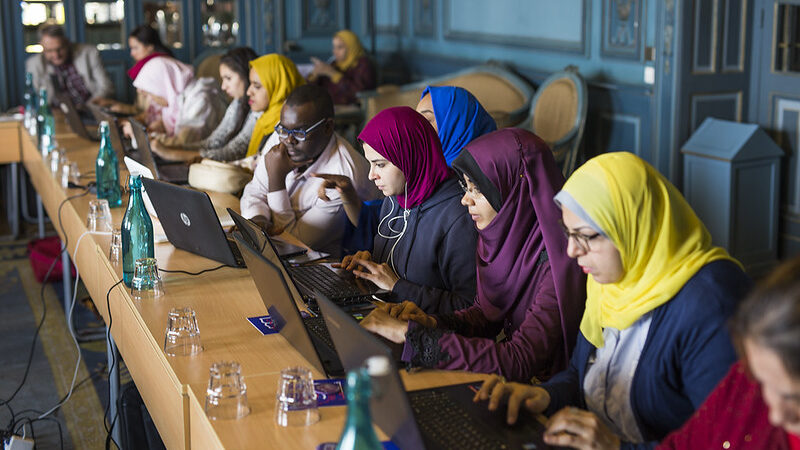 Volunteers gathered in Alexandria to edit Wikipedia articles in Arabic about women and their achievements for the HerStory initiative, 2018 (Pic: UN Women/Emad Karim)

Regulars at UN climate summits were surprised when Egypt named its president of the upcoming Cop27 this week.

They thought environment minister Yasmine Fouad was a sure thing. She is a climate scientist with bags of international experience, who by all accounts did a good job co-chairing finance talks at Cop26.

Instead the top job went to foreign minister Sameh Shoukry, an unknown in the climate space. Fouad got an important, but secondary role.

On reflection, it is not so surprising. The history of Cop presidential appointments is littered with examples of climate expertise being trumped by (perceived) political clout.

Certainly, political savvy is essential to a successful outcome. Understanding the science is not what gets deals done. But the unfortunate effect of choosing known power brokers is a vast gender gap: just five out of 26 Cops have been chaired by women.

What if, instead of reinforcing existing hierarchies, the Cop was taken as an opportunity to promote and empower those who best understand the climate crisis?

What if, instead of perpetuating gender stereotypes, the minister gave these women a platform to speak for themselves?

The UAE is lined up to host Cop28 in 2023 and its environment minister happens to be a woman: Mariam bint Mohammed Almheiri. Perhaps Abu Dhabi will buck the trend.