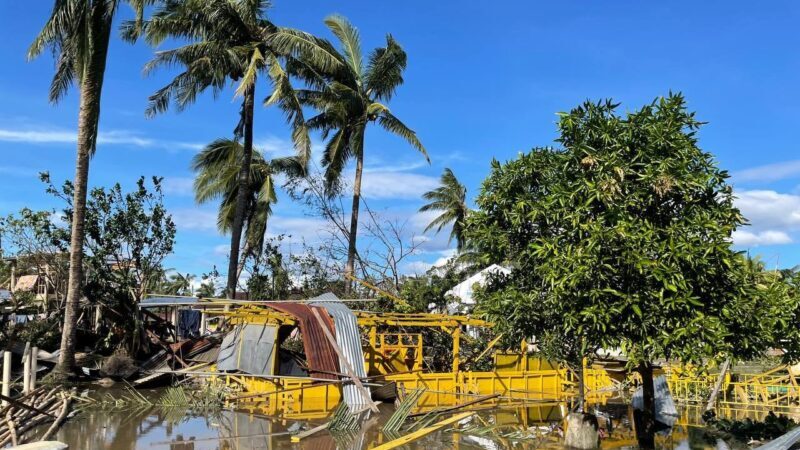 Devastation wrought by Typhoon Rai in the Philippines has reignited calls for loss and damage support, separate to humanitarian aid, to help disaster-struck communities recover and rebuild.

The category 5 cyclone, which made landfall in mid December, killed more than 400 people and caused at least half a billion dollars in economic losses and damages. It was the strongest typhoon to hit the Philippines in 2021.

Oxfam reports that people are begging for scraps of food in the regions ravaged by Rai, known locally as Odette. Almost seven million people have lost their homes or main source of income. The typhoon caused widespread flooding which affected more than 420,000 hectares of land and damaged or destroyed 925,000 houses.

“We live here because our only livelihood comes from the sea. We pulled out all the boats for safety, but the waves still reached them and reached the roads. Typhoon Rai was bigger and stronger than the two previous ones,” Petronilo Bohol, a fisher from Malitbog village in Southern Leyte, told Oxfam.

The country’s agriculture ministry estimates the damage to farming and fishing at $230 million, while the disaster risk reduction authority puts the toll on infrastructure – homes, roads, electricity and water lines – at $350m.

Researchers are excited by ‘tantalising’ prospect of open IEA data

Jermaine Baltazar Bayas, Oxfam’s humanitarian lead in Asia, told Climate Home News the aid agency had seen a “drastic increase” in the severity of typhoons in the past decade. “We are seeing a real manifestation of climate change.”

Bayas said recovery efforts in many regions could take up to six months and humanitarian aid would not be sufficient to help communities rebuild their lives and livelihoods.

“Humanitarian aid covers the immediate need, what people need to survive, but [we also need support] for the mid and long-term recovery,” he said. “This has to be embedded in regions’ development programmes and there has to be [focus] on protecting assets and helping people restart their livelihoods.” 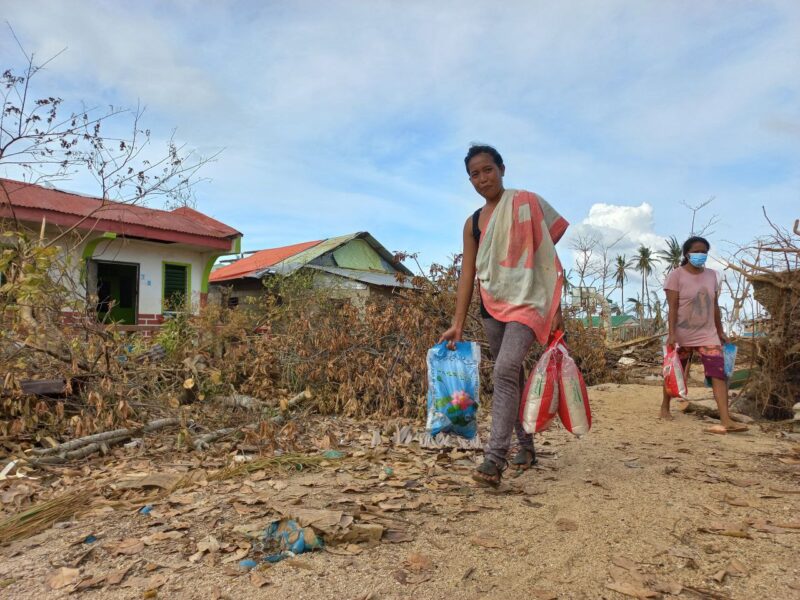 Kerry Emmanuel, a climate scientist at the Massachusetts Institute of Technology, told Climate Home News that the total loss and damages caused by tropical storms is expected to increase in upcoming decades.

This is partly due to demographics: the number of people living in coastal regions and floodplains has increased rapidly since the 1970s. Another reason is that the intensity of tropical storms is increasing globally, with more storms reaching the highest categories (3, 4 and 5) in recent decades, according to 2020 study. The increased intensity linked with heavier rainfall, which can lead to severe flooding, according to Kerry.

It is more difficult to attribute tropical storms directly to climate change than in the case of heatwaves and flooding because of a lack of historical data and inaccurate forecasts of their intensity, said Kerry. “We are doing a great job at detecting hurricanes from space, but a poor job at measuring their intensity.”

Sven Harmeling, policy lead on climate change and resilience at Care International, said that loss and damage finance should not be contingent on climate attribution. “If you first need to fully establish the level of climate change, it would be very impractical and [result in] help being delivered far too late,” he told Climate Home News.

Instead clear mechanisms should be established, which enable quick payouts when a disaster hits, he said. This could take the form of an insurance pool, supported by international finance, that offers immediate payouts in the case of certain impacts, he said.

Anticipatory finance, provided before a hazard strikes, also helps minimise losses and damages, said Bayas. Oxfam partnered with local governments in Rai’s path to provide immediate cash grants, through a parametric insurance system, and technical assistance to strengthen people’s houses ahead of the storm hitting. “That was a really good investment,” said Bayas.

Globally, campaigners are calling on rich nations to mobilise support to vulnerable nations for loss and damage of $300 billion a year by 2030, on top of humanitarian aid and climate adaptation finance.

A study commissioned by Christian Aid projects that the GDP of the 65 most climate vulnerable countries will take a 20% hit by 2050 and 64% by 2100 if global temperatures rise by 2.9C, a scenario in line with current policies. Even if warming is held to 1.5C, poor communities that did little to cause climate change will be most exposed to its impacts.