Millions of residents in India’s capital are suffering under the winter smog, prompting the country’s highest court to hold government to account 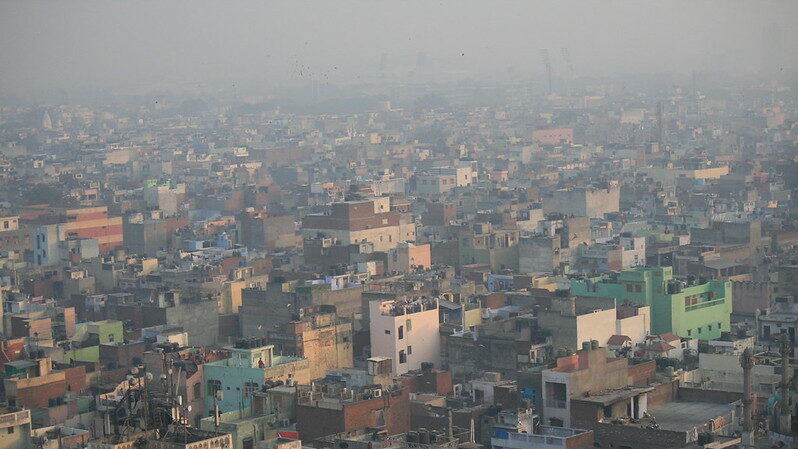 Inayat Singh Kakkar frequently suffers from shortness of breath, her lungs scarred by a thick smog that descends on Delhi each winter.

The 30-year-old activist with the People’s Health Movement was particularly alarmed during the deadly second wave of the coronavirus pandemic, when the Indian capital’s hospitals were overwhelmed and she had symptoms resembling Covid-19 infection.

Kakkar was able to escape to the relatively fresh air of her hometown Kasauli, in the foothills of the Himalayas, as her company allowed her to work from home. Now, she is back in the office and back in Delhi, where the pollution is bad enough officials recently considered – but rejected – a temporary full lockdown to clear the air.

“I am taking a lot of precautions such as wearing masks to keep my lungs safe, an impossible task in this acute pollution,” says Kakkar.

In the last two weeks, the air quality in most parts of the city ranged from severe to poor. The air quality index recorded PM2.5 levels in the range of 290 to 400 parts per million, nearly 10 to 15 times the World Health Organization safe limit. Research links exposure to a high concentration of fine particulates to breathing and heart problems.

With about 20 million residents in and around Delhi struggling to breathe, India’s highest court is weighing in. Judges directed the government to convene an emergency meeting to improve the air quality.

Officials took steps to restrict construction work, industrial activities and the entry of trucks into the city, bringing limited short term relief. A longer term solution needs to address the city’s reliance on fossil fuels for transport, power and industry, and the seasonal impact of crop stubble burning to clear fields in neighbouring states.

In a Supreme Court hearing on 29 November, the government accepted that a serious overhaul of industry and transport in the city would be needed to tackle the pollution crisis. For example, officials said the bus fleet should be scaled up from 3,000 to 11,000 to reduce reliance on cars and motorbikes. Concerns were also raised on coal-fired power plants and monitoring of clean fuel used by industries.

“Lockdown in Delhi could have helped bring down the pollution level as transportation contributes around 51% to the city’s total emissions,” Avikal Somvanshi, programme manager, clean air campaign at the Centre for Science and Environment (CSE), told Climate Home.

“Controlling vehicular emissions can help; however, the issue cannot be resolved immediately. It will take a few years as the city implements policy on efficient engines and clean fuels,” said Dr Anju Goel, a climate change expert at think-tank The Energy and Resources Institute (Teri).

Even more challenging is coordinating action with Punjab, Haryana and Uttar Pradesh, where farming practices are behind a seasonal spike in pollution. The court observed that crop stubble burning contributes only 4% of annual air pollution in Delhi, with its concentration spiraling to 36% during peak winter pollution in November.

Delhi has been reeling under severe winter pollution for decades, and since record taking started in 2016, not much has changed. None of these states are eager to prepare a regional plan to tackle emissions.

“Such a plan will not only improve air quality but also reduce emissions of greenhouse gases, including methane, carbon dioxide – and imagine its positive impact on people’s health,” Somvanshi added.

In India, biomass burning happens almost throughout the year. About 5% of the biomass fires come from farmland and 14% from forest fires. While forest fires occur before monsoon months, residual crop burning occurs mainly in the Indo-Gangetic plains during winter.

“If we can control air pollution, then we also solve the climate crisis to a certain extent. But for farmers, crop stubble burning is a matter of their livelihood. So they need affordable alternatives to make a shift,” said Goel. “This is where things get difficult.”

Farmers in Punjab – the breadbasket of India – burn crop stubble as it’s an affordable and fast way to prepare the land for the next crop. The state government has offered subsidized machines, organic methods to convert crop waste into fertilizers, and financial incentives not to burn crop stubble. But these incentives have failed to solve the issue.

The Supreme Court is continuing to monitor government measures to tackle air pollution. The next hearing is on 2 December.