A “traffic light coalition” of centre-left, green and pro-business parties has agreed to strengthen climate policies in the next German government 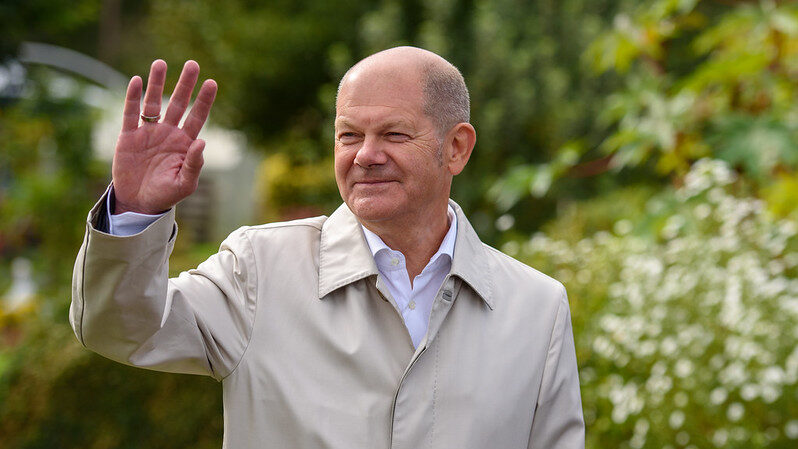 Olaf Scholz of the Social Democratic Party is in line to be the next German chancellor (Pic: Dirk Vorderstraße/Flickr)

By Sören Amelang and Benjamin Wehrmann for Clean Energy Wire

The three parties planning to form the next German government have agreed on a coalition treaty that includes pulling forward the country’s coal exit, “ideally” to 2030 from 2038, and rapidly speeding up the lagging rollout of renewables.

The treaty crafted by the so-called “traffic light coalition” formed by the Social Democrats (SPD), the Green Party, and the pro-business Free Democrats (FDP), has to deliver on the parties’ key climate policy promise to get the country on an emissions reduction path compatible with the 1.5°C-degree global warming limit of the Paris Agreement.

Germany’s likely new government has agreed to speed up the country’s coal exit and accelerate the rollout of renewable power to get the country on track for climate neutrality.

“We will align our climate, energy and economic policies nationally, in Europe and internationally with the 1.5 degree path and activate the potential at all levels of government,” states the coalition agreement between Social Democrats (SPD), Greens, and pro-business Free Democrats (FDP).

“With ambition and perseverance, we are making the country a pioneer in climate protection,” SPD chancellor candidate Olaf Scholz said during the treaty’s presentation in Berlin.

He added that “modernisation won’t be for free – we will invest massively so Germany can stay a world leader.”

Germany plans to become climate neutral by 2045, but the measures implemented by the outgoing government, a coalition between chancellor Angela Merkel’s Conservatives and the SPD, are insufficient to reach that target.

The September vote had been called a “climate election” due to the high importance many voters had given the topic. The next German government’s plans also have an enormous impact on international and particularly on European climate policy and the EU Green Deal.

The 178-page document that explained the new coalition’s plans in all policy areas contained long sections on climate and energy. SPD secretary general Lars Klingbeil already during the negotiations had said climate would be “perhaps the most important point” in the treaty.

This article was produced by Clean Energy Wire and shared under a creative commons licence.