The Santiago Network could be up and running in a year, but thorny issues of how to fund it and channel aid to frontline communities have yet to be decided 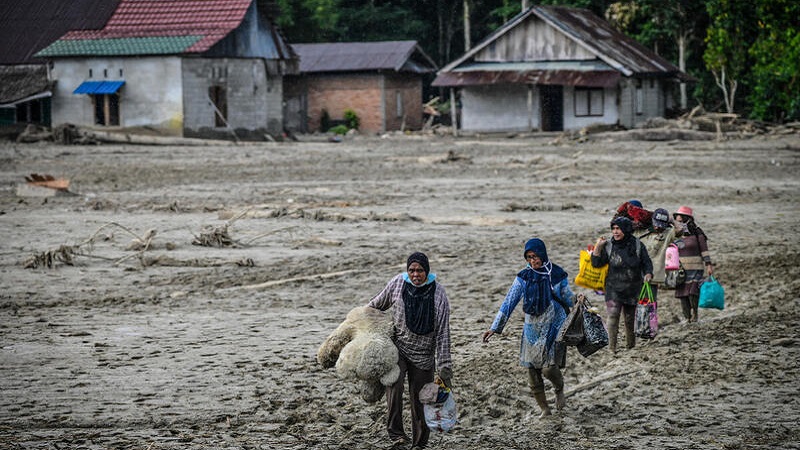 A network to help the victims of climate disaster could be up and running within a year, after negotiators struck a deal at Cop26 on what its remit should be.

Negotiators from developing countries told Climate Home News they were “pleased” that agreement on the remit had not been kicked down the road to next year’s UN climate talks, as developed countries had originally wanted.

The Santiago Network on loss and damage will act as a co-ordinator, linking those who can provide finance or expertise, like governments, charities, companies or banks, with those in need of help. It will also disseminate research.

He said: “We are facing the casualties of flash floods and people are losing their lives because of landslides and flood events on a regular basis.”

The African Group’s negotiator Alpha Oumar Kaloga said that, while the language was “a bit weak”, it was “the best available consensus we can get”.

Vicente Yu, who led the G77+China group of developing countries in the talks, said the agreement was a “fair compromise” and that progress had been made on “creating a stronger home for loss and damage”.

“Before 2013,” he told Climate Home News, “loss and damage was just floating out there” but “soon we will have an operational Santiago Network”.

Yamide Dagnet, international climate expert at the World Resources Institute, said she expected the network to be fully operational by Cop27 in November 2022.

Stockholm Environment Institute analyst Zoha Shawoo said the agreement was a “positive step forward” but, she was disappointed the agreement did not include a “demand driven approach”. She said this “raises concerns over the extent to which these functions can actually serve vulnerable communities”.

Mattias Soderberg, a loss and damage campaigner from Danish Church Aid, said that agreement on the functions of the Santiago Network was “really, really great”.

He said the network could help rich countries as well as poor ones ones, for example by putting German authorities in touch with Bangladesh’s flooding experts.

Bangladesh faces frequent floods and Germany was hit by fatal flash flooding this summer, for which many said they were badly prepared.

While a deal on the network’s remit was struck, many thorny issues remain. After Cop26, discussions will turn to how the network is governed and, crucially, how much funding it will have to hire staff.

Vulnerable countries want to see a big budget, while rich countries are trying to keep it small.

An even more contentious issue, still up for negotiation, is the principle of whether developed countries should provide finance for loss and damage.

Developed countries like the US and EU have long opposed this, arguing that existing climate finance and humanitarian aid channels are sufficient.

But developing countries argue that climate change is happening now and that some of its impacts can’t be avoided so a separate source of money is needed.

A draft over-arching text published on Wednesday morning “urges” rich countries to provide “enhanced and additional support” for loss and damage. Dagnet said this was a strengthening of previous language which just “recognised” the need for support.