The funding from US, UK, Germany, Norway and the Netherlands confronts the weakening of indigenous land rights in countries like Brazil 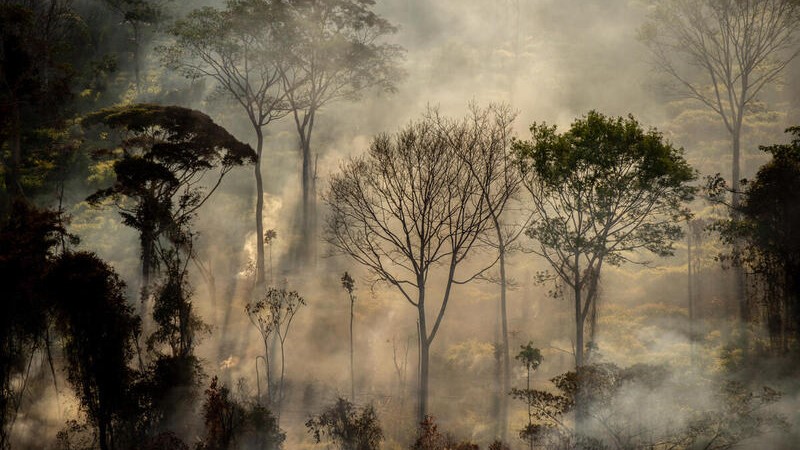 Deforestation in the Brazilian Amazon hit its highest annual level in a decade earlier this year (Photo: Christian Braga/Greenpeace)

An alliance of governments and private funders has committed to provide $1.7 billion to support indigenous people advance their land rights by 2025, in recognition of their critical role in conserving forests.

It is one of a handful of funding initiatives for forest protection announced at Cop26 climate talks in Glasgow. Twelve donor countries pledged a total of $12 billion in public funds, with private co-financing worth $7.2bn.

The funding supports a pact signed by more than 100 countries to halt and reverse forest loss and land degradation by 2030.

The UK, Norway, Germany, US, and the Netherlands, along with 17 private and philanthropic organisations earmarked a $1.7bn pot for indigenous and local communities to help them preserve forests. This came with a promise to include them in the decision-making and design of climate programmes and finance instruments.

In a statement, the group committed to “recognise and advance  the role of Indigenous peoples and local communities as guardians of forests and nature” in the face of “rising cases of threats, harassment and violence against [them]”.

That approach confronts attempts to roll back indigenous land rights in countries like Brazil, where president Jair Bolsonaro has instead sought to open the Amazon rainforest to business interests.

Forest experts have cautiously welcomed the move, while saying how the money is disbursed will be critical.

But indigenous people are wary of hailing another promise to protect the world’s tropical forests and deforestation – a pledge that many countries already made in 2014 and then did little to enact.

Dinamam Tuxá, of the Brazilian state of Bahia and the executive coordinator of the Articulation of Indigenous Peoples of Brazil network (Abip), told Climate Home: “Every Cop global leaders make huge announcements committing themselves to do something about climate change. But they never live up to their promises.” 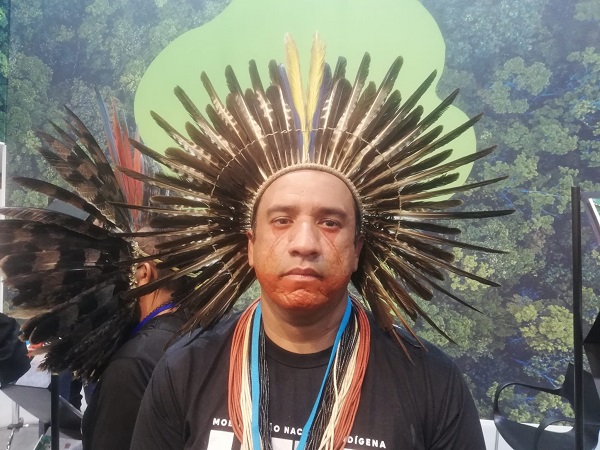 In recent years, a ballooning body of studies has shown that indigenous territories have lower or similar levels of deforestation to other protected areas. While indigenous communities manage half of the world’s land, a recent study found that they receive less than 1% of the climate funding earmarked to reduce deforestation.

Tuxá said that needed to change. “What we need is direct funding for the people who are actually doing the work of preventing deforestation. In Brazil, the funds that are designed for indigenous peoples are not making it to the communities,” he said.

The initiative is an attempt to plug some of that gap.

The money could be used to strength indigenous brigades that tackle forest fires and to use new technologies for monitoring and accounting for forests’ carbon stocks and biodiversity levels, for example.

Kevin Currey, programme officer at the Ford Foundation which is part of the initiative, told Climate Home that each donor will decide how to allocate their contributions by engaging with indigenous peoples. Funders will be expected to report to the UK government every year on how and how much has been disbursed.

Not all funds will reach communities directly. Logistical and political barriers mean that NGOs and funds such as the International Land and Forest Tenure Facility will also play an intermediary role, Currey explained.

“The money is on the table, and we will continue to work with indigenous peoples and local communities to make sure it is spent effectively, in ways that make a tangible difference on the ground,” he said.

Brana-Varela, of WWF, said that to be effective on the ground, the process for communities to access the funds must be simplified. “Most of these rules are extremely complicated, very technical, and there’s very little capacity or support for communities to meet the requirements,” she said.

While there has been progress in designing initiatives to halt deforestation in recent years, Brana-Varela said there were no guarantees of avoiding a repeat of previous broken promises.

I welcome the Glasgow Leaders’ Declaration on Forests & Land Use as an important step to halt & reverse deforestation.

Signing the declaration is the easy part.

It is essential that it is implemented now for people & planet. #COP26

That is particularly true in Brazil, where president Bolsonaro has been pushing through a series of laws to roll back indigenous rights and environmental protection, while legitimising land grabbers.

Between August 2020 and July 2021, deforestation in Brazil hit its highest annual level in a decade.

Yet Bolsonaro signed the Glasgow forest declaration, under which he committed to halt deforestation this decade and to strengthen efforts to “recognise the rights of indigenous peoples, as well as local communities, in accordance with relevant national legislation and international instruments, as appropriate”.

In a speech on Monday, environment minister Joaquim Pereira Leite announced Brazil would bring forward its commitment to end deforestation by two years to 2028 as part of an updated 2030 climate plan. But the pledge only makes up for a regression in ambition by Bolsonaro in 2020.

For Tuxá, Brazil’s promises have been made “in bad faith, without a doubt”. “They do not intend to live up to a single term of that agreement,” especially those related to indigenous peoples’ rights, he said.

Ana Toni, executive director of Brazilian institute Clima e Sociedade, told Climate Home the Bolsonaro government would be unable to block the support from reaching communities at a time when it is seeking additional financial commitment from the US to protect the Amazon forest.

The Brazilian government did not respond to Climate Home’s request for comment.