Of the 32 biggest forest nations, only India has set an ambitious tree planting target and others are falling far short, according to analysis of their latest climate pledges 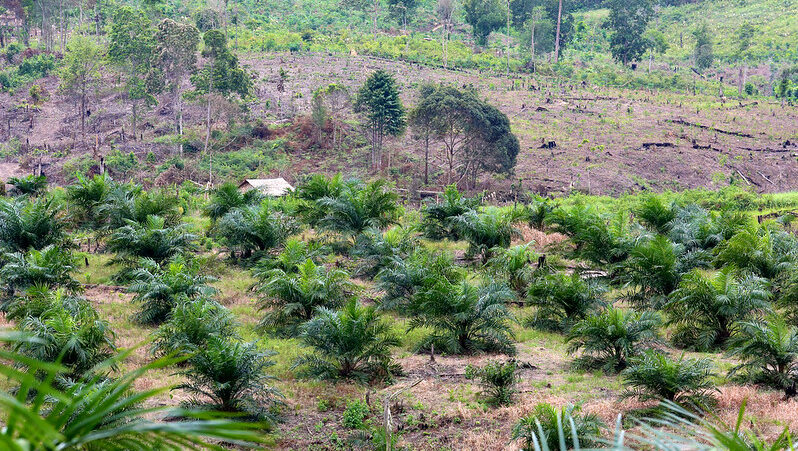 Seven years after a major international pact to halt deforestation by 2030, most governments are not translating that ambition into domestic policy.

In 2014, more than 200 governments, companies, civil society and indigenous organisations signed up to the New York Declaration on Forests, promising to halve tropical deforestation by 2020 and end it by 2030.

A progress report on the declaration found that a majority of forest nations have not embedded those goals in their latest climate pledges to the UN.

The report analysed the climate plans of the 32 countries with the greatest potential to reduce carbon emissions through three activities: curbing deforestation, improving forest management and restoring or planting new forests. Twelve of the 32 had signed up to the NY declaration. Just 10, including Indonesia and the Democratic Republic of Congo, set explicit targets for forest protection.

“We found that they cover approximately half of the [combined mitigation] potential with their ambition. If we take out India, which has a very ambitious target for tree planting, it’s only 16%,” Franziska Haupt, lead author of the report and managing partner at Climate Focus, told Climate Home News. India has pledged to increase its forest cover by 95 million hectares by 2030.

There have been some successful policies, such as moratoria on timber exports and palm oil plantations in Indonesia and Laos, but much bolder reforms are needed to prevent further forest loss, the report says.

“It is clear that all these positive steps have not been able to curb the powerful drivers of unsustainable land use,” said Haupt. In several countries, such as Brazil and Peru, the government has rolled back environmental safeguards and monitoring in recent years, leading to an increase in deforestation, she added.

Land use change, including deforestation and degradation, accounts for around 10-12% of global emissions, according to the UN’s Intergovernmental Panel on Climate Change. Around 12.2 million hectares of tropical forests were lost in 2020, an increase of 12% compared to the previous year, according to data from the University of Maryland and Global Forest Watch.

“Forests have not been recognised for their potential. They offer an essential climate solution, we cannot miss them. That has not really arrived in mainstream policymaking,” said Haupt.

Between 2001-2020, forests removed up to 7.35 gigatonnes of CO2 a year from the atmosphere, according to the report. Forests managed by indigenous communities in Peru, Brazil, Mexico and Colombia are net carbon sinks and can play a key role in helping these countries meet their climate goals, it says.

One major obstacle to ramping up global forest protection is the lack of finance, said Haupt.

Since 2010, countries have spent an average of $2.4 billion a year on national and international forest and climate goals. That is between 0.5%-5% of what is needed to protect and restore forests, estimated to be as high as $460 billion per year. Around a quarter of the 32 countries analysed say that their forest targets can only be met if they have access to international finance.

“Forests offer the third highest mitigation potential, after the industry and energy sectors, yet they receive only a fraction of climate finance,” Haupt told Climate Home. “In 2017 and 2018 the land use sector – including forests and agriculture – received only 21 billion annually in public and private climate finance. The energy sector received 16 times as much.”

“When it comes to protecting forests, there is a yawning gap between where governments are and where they need to be. We won’t tackle climate change without looking after forests and the people who depend on them,” said Allison Hoare, senior research fellow on forest governance at Chatham House.

“We have the solutions to tackle deforestation, but they are still not being implemented at scale. Land use decisions are often made by the elite who prioritise short-term economic interests,” said Hoare, adding that forest-dependent communities must be included in consultation processes.