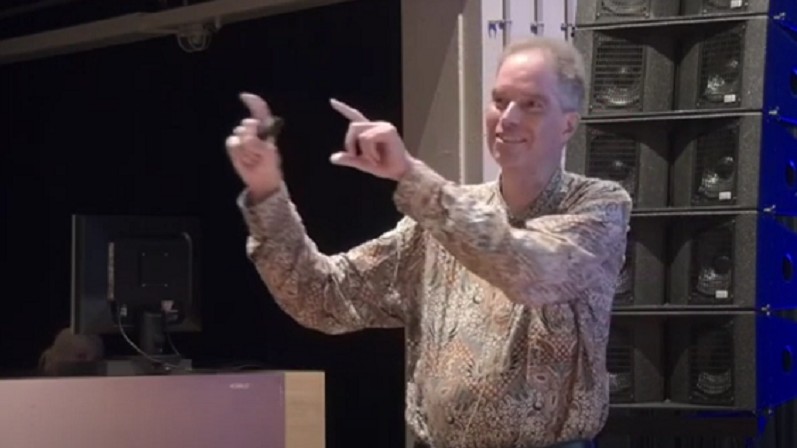 Dutch climate scientist Geert Jan van Oldenborgh has died from cancer at the age of 59. He is regarded as one of the pioneers of attribution science, which has hugely boosted public awareness of how climate change is linked to extreme weather.

Van Oldenborgh began his career in particle physics before joining the Royal Dutch Meteorological Institute (KNMI) as a 34-year old postdoctoral researcher in 1996. He was to remain there, on the outskirts of Utrecht, for the rest of his life.

His work initially focused on the El Niño phenomenon in the Pacific Ocean and, as a “byproduct” of this work, he wrote a computer program with which he could link and analyse weather and climate data.

This programme, the Climate Explorer, was and still is freely available to everyone on the internet. His long-time collaborator Friederike Otto told Climate Home News this was “a result of his strong understanding that everyone should be able to do science and everyone should have access to data.” She added: “In particular for people in the global south that is crucially important.”

Van Oldenborgh’s desire to re-balance science’s focus away from the global north manifested itself in other ways too. He conducted some of the earliest analyses of changing extremes in Africa and, collaborator Robert Vautard said, he was always keen to prioritise non-European studies. “[Geert Jan] is always saying that we should care about everywhere in the world…he would remind us if we are too biased towards European cases,” said Vautard.

Then came the work for which he is best known – attribution science. The first attribution study was carried out by a British scientist called Peter Stott which showed the role of climate change in a European heatwave. But the heatwave, and the over 70,000 deaths, it caused were in 2003 and the study came out in December 2004.

According to Vautard, van Oldenborgh said that the analysis had to be done in real time to make an impact. “So that’s his vision”, Vautard added. “In real time, like the weather forecast”.

As scientists, Van Oldenborgh and his colleagues had a problem. They did not want to make any claims which were not peer-reviewed. But, by the time peer reviews had been conducted, the news agenda had often moved on and the press and public were no longer as interested. 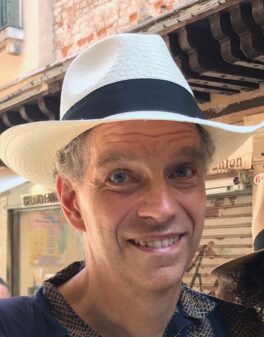 “So there was a question. He spent a lot of time on this question with his friends. We need to communicate in a few days or weeks but we are not following the normal procedure,” Vautard said.

Their solution was that the methods had to be peer-reviewed but that every application of those methods did not. This allowed them to say – both relatively quickly and with confidence – that a certain event was made more likely or more severe because of climate change.

“When we started doing it, we were some crazy people who were doing something which would clearly not fly and its too fast and you clearly can’t do it. It’s now something that everyone agrees is really important and answers crucial questions which we need answering if we want to understand what climate change means to our societies,” said Otto.

This meant that when extreme weather struck, people around the world would soon hear that climate change had made that event – a cold spell, drought, storm, flood or heatwave – more likely.

This year’s deadly floods in Europe began on 12 July. By 23 August, World Weather Attribution had published a study which showed that the extreme rainfall was 1.2-9 times more likely than in a pre-climate change world. This statement was widely reported in the German and international media.

Impact like this led van Oldenborgh and Otto to be named in Time magazine’s list of the world’s top 100 most influential people of 2021. Profiling them, campaigner Bill Mckibben said their work “means that people reading about our accelerating string of disasters increasingly get the most important information of all: it’s coming from us”.

By all accounts, this recognition never went to van Oldenborgh ‘s head. “He was a genius but didn’t know it,” said Otto. She added that he had no time for hierarchy and would treat undergraduate students with the same respect that he would Nobel-prize winning scientists.

When he was diagnosed with a type of bone marrow cancer called Kahler’s disease, he reacted with the same openness and scientific rigour that characterised the rest of his life. Vautard said he logged the number of his blood cells in an Excel spreadsheet and spoke to the press in an effort to, in his words, “show you can lead a rich life with cancer”.

Vautard said this openness was his way of being rational about illness: “Geert Jan was an extremely rational person, but not rational in the boring sense but in the fun sense – he was rational when you don’t expect it.”

Outside of his work, he enjoyed cycling, sailing and playing what Otto called “obscure instruments”.  Both Vautard and Otto remembered fondly a boat trip Geert Jan organised at an IPCC meeting in Trieste. “He always wanted to make people happy,” said Vautard.

Van Oldenborgh leaves behind a wife, who works in psychology, and three sons – a vet, a graphic designer and a school student.

The World Weather Attribution researchers work for free and in their spare time. His former colleagues say van Oldenborgh’s experience and instincts will be missed.

But, Otto and Vautard said, he has taught many young people how to do the work.

“World Weather Attribution will absolutely go on because it’s important and there’s so much work to do and it’s Geert Jan’s legacy,” said Otto. “But it will be hard.”