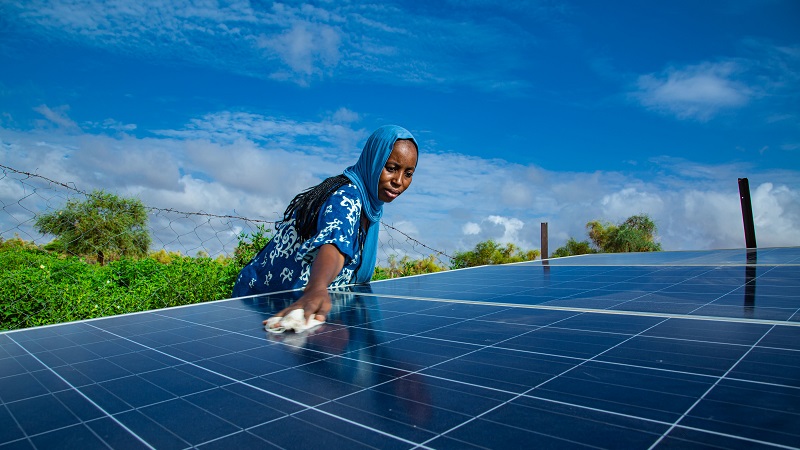 The UN’s flagship climate fund has been gripped by fierce debate over what decarbonisation conditions should be imposed to developing nation organisations seeking to access funding.

It was close to 4am on Friday in the Green Climate Fund’s South Korean headquarters when board members brought the four-day virtual meeting to a close.

Besides the usual delays and procedural wrangling, discussions became heated when board members were asked to consider whether to renew the GCF’s partnership with the Development Bank of Southern Africa (DBSA).

At the heart of the issue was a disagreement between members from large emerging economies and richer nations over whether decarbonisation conditions should be imposed on organisations from developing nations seeking to access funding.

The GCF was created to help poor countries curb their emissions and cope with climate impacts. It depends on agencies like DBSA to deliver projects in poor nations.

Some board members from rich countries added as a condition for DBSA to be re-accredited that the bank adopts a 2050 net zero emission target across its portfolio, and an intermediate 2030 target, within one year of the accreditation being approved.

The bank, which currently has no fossil fuel exclusion policy, would have to demonstrate how it is shifting its loans and investments away from carbon-intensive activities.

But the move was strongly resisted by developing country members who accused developed nations of imposing a carbon-cutting pathway on poorer ones.

Wael Aboul-Magd, of Egypt, told the board the 2050 net zero goal was “a global aspiration, not a prescription to every country, and particularly not for developing countries”.

Board member Ayman Shasly, of Saudi Arabia, described the condition as “blackmail,” adding that the GCF was being “manipulated by [developed countries] pushing their own agenda onto the fund”.

Yan Ren, of China, agreed with Shasly that the condition did not respect the Paris Agreement’s equity principle of common but differentiated responsibilities that nations that became rich from burning fossil fuels should cut their emissions faster to allow poorer ones to develop.

“We should not impose conditions on developing countries to force them to achieve certain targets. There is no one size fits all on fossil fuels,” she said.

Following the @theGCF B30 Board meeting. It is absolutely disgusting seeing how some developed countries are using the GCF and the needs of developing countries to impose their unilateral will and conditions on them.

DBSA is a development finance institution wholly owned by the South African government with 60% of its financing directed to the rest of the African continent.

Oil Change International data shared with Climate Home News shows that between 2018 and 2020, DBSA supported gas projects with $270m in financing, compared with nearly $320m for wind and solar.

Some of the DBSA-backed projects included a gas power plant in Ghana and LNG production in Mozambique.

However, campaigners warned that poor transparency in reporting at DBSA meant the true figures could be higher.

Campaigners have directly called on the South African government to commit to stop funding fossil fuels through DBSA by ensuring the bank adopts a fossil fuel finance exclusion policy and increases financing for accelerating the clean energy transition.

Members from rich nations pushed back against calls to re-accredit DBSA without any conditions and the issue was postponed to a future meeting.

Stéphane Cieniewski, of France, said the conditions were “not unreasonable or excessive” and aligned with the Paris accord.

Lars Roth, of Sweden, one of the board members who requested the net zero condition be applied to DBSA, told the meeting the bank was “already working on and intended to approve” a 2050 net zero goal across its portfolio and would be making a formal announcement in a couple of months.

Meanwhile, the fund agreed to re-accredit the UN Development Programme for another five years, amid ongoing corruption investigations into two of its projects in Albania and Samoa.

Overall, the board approved $1.2 billion for 13 new carbon-cutting and adaptation projects – a record amount for a single board meeting.

This included $125m for the GCF to become an anchor investor in the creation of a global fund to support and de-risk private investment designed to protect and restore coral reefs around the world.

But it will also promote ecotourism and the development of “sustainably-managed hotel resorts” and tourists activities such as “surf, diving, snorkelling and cruises”.

The proposal was submitted by Pegasus Capital Advisors, a Delaware-incorporated private equity firm. The fund is due to be rolled out in 17 countries and aims to protect 29,000 hectare of reef globally and create nearly 13,000 jobs.

Board members overwhelmingly backed the design of the project despite strong opposition from civil society members acting as observers at the fund.

“We are very concerned that instead of helping communities in reef ecosystems adapt from climate change impacts, this adaptation project will profit out of harming the reefs,” Erika Lennon, of the Center for Environmental Law, told the board.

Lennon described the absence of connection between funding surf, diving or snorkelling enterprises with safeguarding reef ecosystems as “woefully inadequate” and urged for investments in hotel resorts, cruises and shrimp farming to be explicitly excluded from the scope of the project.

She warned that reef-damaging practices promoted by the project risked damaging the GCF’s reputation.