Only 13 countries have methane emission targets in their climate plans, despite evidence of the gas’s potent role in global heating 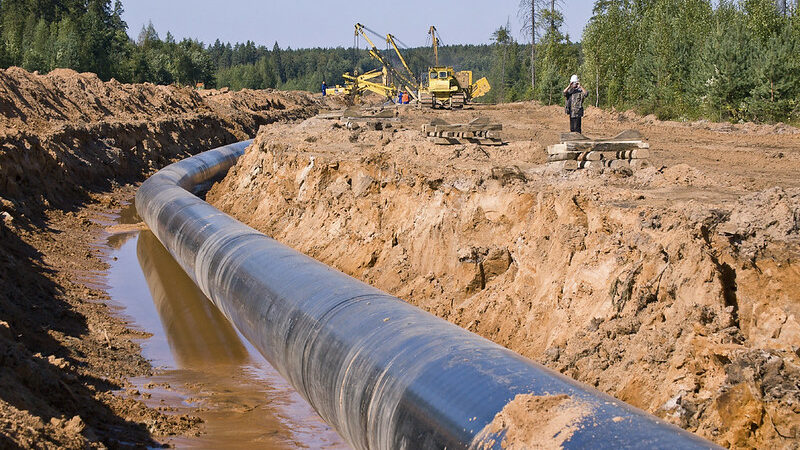 Tackling methane must be a priority for the next UN climate summit, experts say in light of the conclusions of the latest heavyweight report from the Intergovernmental Panel on Climate Change (IPCC).

The IPCC found methane levels in the air are now higher than at any point in the past 800,000 years and are tracking close to the high emission scenarios outlined in its previous assessment in 2013.

Although the gas only stays in the atmosphere for around nine years, methane, which is mainly released from abandoned coal mines, farming and oil and gas operations, has a warming impact 84 times that of CO2 over a 20-year period. It is responsible for almost a quarter of global warming.

“Strong, rapid and sustained reductions” in methane emissions are needed in addition to slashing CO2 in the next two decades, scientists concluded, to keep a 1.5C warming limit within reach – the most ambitious goal of the Paris Agreement.

“The new IPCC report is a call for action on methane,” Daniel Zavala-Araiza, senior scientist with Environmental Defense Fund, told Climate Home News. “Hopefully Cop26 will show that methane is becoming a key priority at both national and sub-national level,” referring to the climate summit in Glasgow, UK this November.

Cop26 president Alok Sharma has methane on his list of issues to address at the summit. But more recently UK prime minister Boris Johnson boiled down the priorities to “coal, cars, cash and trees,” suggesting it may not be top of the agenda.

Many governments and companies see methane gas as a “transition fuel” away from coal, as it emits less CO2 when burned for power generation or heating. Yet methane leaks in the process risk undermining that carbon saving.

“Since methane is the only clear strategy to substantially cut warming over the next 20 years, world leaders must come together and pledge swift and sizeable reductions. This is an opportunity that can’t be missed,” said Smith.

A paper in Environmental Research Letters earlier this year found an all-out, rapid effort to slash methane emissions could slow the rate of current warming by 30% and avoid 0.5C of warming by the end of the century.

The oil and gas industry could achieve a 75% reduction in methane emissions by 2030 using existing technology, according to the International Energy Agency.

The other major source of methane emissions, responsible for almost 40%, is farming.

Preventing the burning of crop residues, better livestock manure management and changing the diet of livestock could help curb methane emissions from agriculture, according to Smith.

Cows produce an average of 250-500 litres of methane a day from digesting grass. Research from the University of California, Davis, found that feeding seaweed to cows significantly reduced the amount of methane from their burps and farts. A more contentious solution is for meat eaters to adopt plant-based diets.

According to analysis by CATF, most countries refer to methane in their climate plans, but just 13 countries have included methane reduction targets in their latest pledges to the Paris Agreement.

Nigeria has committed to ending emissions from gas flaring, which outstrip all emissions from transport and electricity, by 2030 in its updated climate plan.

The European Commission has developed a methane strategy, proposing laws to require companies to monitor methane emissions and report and repair leaks.

“Oil and gas methane is the cheapest and easiest to abate and European states are major purchasers globally. The EU could set a standard for the rest of the world to follow while cheaply addressing a major source of warming now,” Jill Duggan, executive director of EDF Europe, told Climate Home News.

Kalesi said that meaningful EU action on methane is unlikely to kick in before 2027 due to the legislation timeline and a lack of satellite data. “If legislation is adopted in 2023, it will take a couple of years before member states’ authorities are able to implement and enforce [regulations],” she said.

In the US, political swings have delayed progress. Former president Barack Obama introduced methane regulations, only for Donald Trump to roll them back. President Joe Biden has directed the Environmental Protection Agency to reinstate the rules by September.

Some campaigners and politicians have called for a global agreement on methane, similar to the Montreal Protocol which was drawn up in 1987 to phase out ozone-depleting substances.

But Kalesi said that it is more difficult to build support for methane reduction. The ozone issue was “emotional, [but] methane remains a very technical, scientific issue,” she said. “The human dynamic element is completely missing. Science in and of itself hardly ever brings change.”