During a three-day visit to southeast Asia’s largest economy, Alok Sharma met with a host of ministers to discuss how to transition the nation from coal to renewables 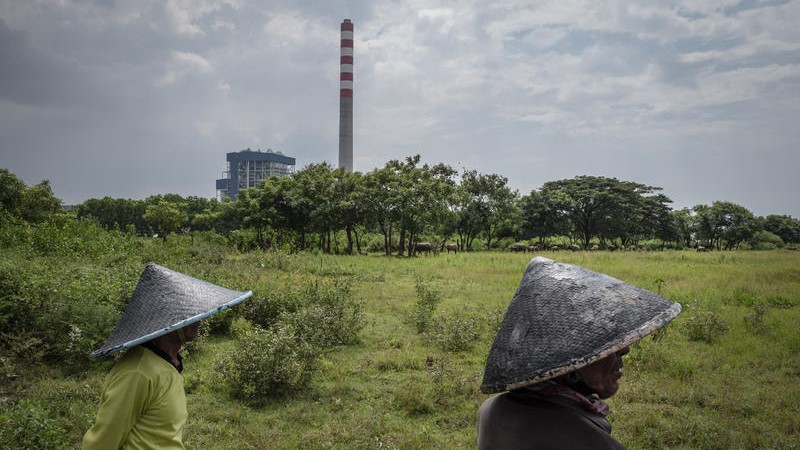 The UK host to the Cop26 climate summit has called on the Indonesian government to submit an improved 2030 climate plan and set out a roadmap for achieving net zero emissions by the middle of the century.

Cop26 president designate Alok Sharma has been on a three-day visit to Indonesia, as part of a tour of South East Asian countries, to discuss how the country can achieve net zero emissions and transition from coal power to renewable energy.

Speaking to the Foreign Policy Community of Indonesia (FPCI) on Wednesday, Sharma said: “Every G7 nation has agreed to ambitious 2030 emissions reductions target, the net zero by 2050. But what we need is for everyone to move forward on that, and clearly we need G20 countries, including Indonesia, to move forward.”

“We want countries to set up their long-term strategy, to actually get to net zero by the middle of the century,” he added.

Indonesia, the world’s largest exporter of coal in volume, is due to take over the rotating presidency of the G20 group of major economies in 2022.

Discussions on reaching net zero emissions have risen up the political agenda in recent months. In March, the government announced a goal to reach net zero emissions by 2070 but the target’s formal approval by president Joko Widodo was suspended after campaigners said this was far too late.

I welcome his commitment & leadership in tackling #ClimateChange, and look forward to further work together to raise Indonesia’s climate ambition and role as a regional climate leader ahead of #COP26
@UKinIndonesia pic.twitter.com/Gj4AeRmjGw

During his visit, Sharma met with a flurry of ministers in the capital Jakarta. These included the energy, environment and finance ministers, as well as coordinating minister for maritime affairs and investment Luhut Binsar Pandjaitan, an ex-general and coal mine owner, who has emerged as President Widodo’s right- hand man.

In a statement published last month, Luhut said Indonesia would continue to strive to increase the share of renewables in the energy mix and meet carbon neutrality by 2060 or sooner, depending on international support.

“From how ‘comfortable’ and often Luhut is mentioning net zero by 2060 or faster, it seems reasonable to expect a new net zero target to be announced soon or at least before Cop26,” Tamara said. She added the new target will need to be announced by the minister of environment or the president himself to become official.

Not every ministry agrees on the timeline for decarbonisation.

In April, during a Net Zero summit organised by FPCI, minister of national development planning Suharso Monoarfa presented government modelling for reaching net zero in 2045, 2050, 2060 and 2070.

The document shows that reaching net zero by 2045 would lead to greater economic growth over the next 10 years than if Indonesia reached carbon neutrality later than 2045.

Under each of the scenarios, coal power would peak in 2025 before rapidly declining during the 2030s to be replaced with wind, solar and geothermal energy as well as nuclear capacity.

At the time, Mmnister Suharso said meeting net zero by 2045, the centenary of Indonesia’s independence, will demonstrate “a firm commitment to green recovery and low-carbon development” and help Indonesia escape “the middle-income trap” to achieve a developed country status.

But disagreements on when to reach net zero became apparent last week when state-owned utility PLN, unveiled a roadmap to retire coal plants in line with net zero emissions by 2060 – backtracking from a previous announcement to be carbon neutral by 2050.

“Indonesia can reach the target sooner, but it is a question of political willingness and availability of international support at this point,” said Tamara. “The government is looking at the US to provide this support, as it will open doors for other G7 countries to follow suit.”

For now, Indonesia’s climate plan to cut emissions 29% below business as usual by 2030 is “highly insufficient” to meet global climate goals, according to Climate Action Tracker.

As part of a carbon-intensive recovery to Covid-19, Indonesia was one of only five countries that started new coal plant construction in 2020 and has the fourth largest coal pipeline in the world.

By 2022, the energy sector is forecast to overtake forestry and land use change as Indonesia’s largest share of emissions.

But the plan would still allow an estimated 15GW of planned coal capacity “under construction” and projects that have reached financial close to enter the energy system, according to early analysis by the Institute for Energy Economics and Financial Analysis (Ieefa).

Putra Adhiguna, an energy analyst at Ieefa, told Climate Home News the definition of “under construction” remained ambiguous and Ieefa was working to establish how much coal could come still come online from this year onwards.

Adhiguna added that if the power sector in Indonesia only reached net zero by 2060 it would delay economy-wide efforts to achieve carbon neutrality.

“Indonesia could do better if it stopped those not-needed coal plants in the pipeline and examined other avenues for renewable and grid investments.”