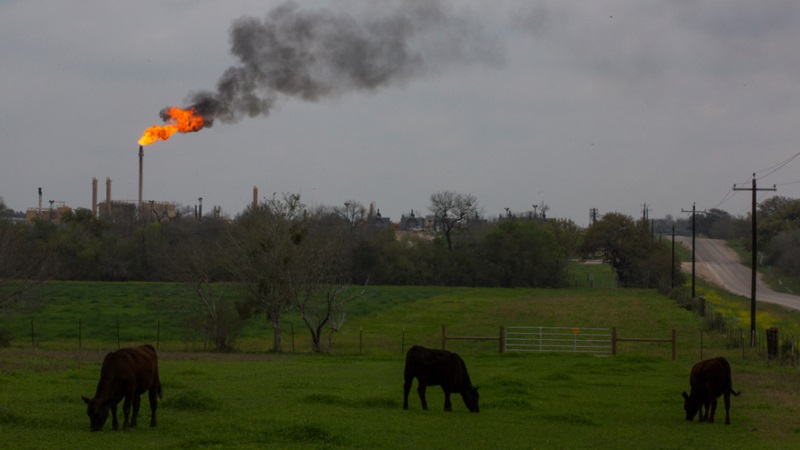 At Joe Biden’s climate summit on Friday, the US, Canada, Norway, Saudi Arabia and Qatar – together responsible for 40% of global oil and gas production – set up a forum “that will develop pragmatic net-zero emission strategies”.

Strategies could include stopping methane leaks and flaring, deployment of carbon capture and storage technologies, diversification from reliance on hydrocarbon revenues, and “other measures in line with each country’s national circumstances”, according to the joint statement.

There was no mention of leaving oil in the ground, an omission climate advocates were quick to criticise.

Tzeporah Berman, chair of the Fossil Fuel Non-proliferation Treaty campaign, said in a statement: “[This] is worrying because all of these countries continue to expand fossil fuel production and pour billions of dollars into technologies to reduce emissions ‘per barrel’ rather than to manage an equitable decline of overall emissions and production. If your house is on fire you don’t add more fuel.”

US-based climate strategist Tamara Toles O’Laughlin agreed: “There’s no such thing as a net zero oil producer. It belies the concept. We have to get to zero emissions to survive which means we literally need to keep fossil fuels in the ground. This forum will only be useful if it leads to a transparent, fair, and accelerated phaseout of fossil fuel production.”

Chatham House energy analyst Glada Lahn told Climate Home News that the US, Saudi Arabia and Qatar weren’t politically ready to talk about a managed decline of the oil sector.

But Canada and Norway  “could go a lot further”, she said, “given their more sophisticated capacities for economic diversification”. Planning a fair transition away from fossil fuels takes a long time, she said, so it’s best to start early.

Denmark is the largest oil producing country – 39 in the world – to have announced an exit plan, with the last barrel to be extracted before 2050. On Friday, California governor Gavin Newsom directed his administration to take steps to phase out oil and gas production by 2045.

While long-term vision may be lacking, the forum could deliver quick wins by tackling emissions of methane, a more potent warming gas than carbon dioxide. 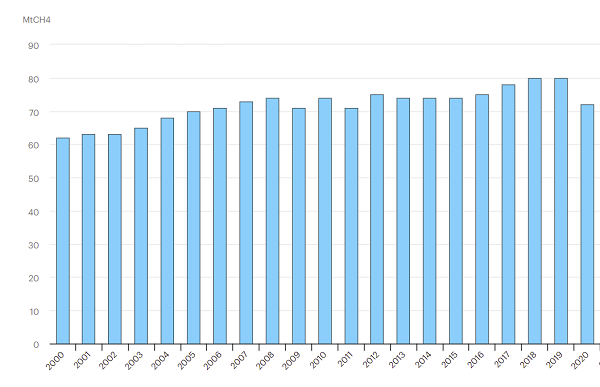 Oil and gas producers vent or flare methane gas when it’s uneconomic or impractical to sell it. Methane can also leak into the atmosphere during extraction, refining and transport processes. Before the pandemic, methane emissions from the oil and gas sector globally were rising.

Jonathan Banks is the methane director at the Clean Air Task Force. He told Climate Home News: “Reducing oil and gas methane is by far the simplest and biggest thing we could do in the next few years to dramatically reduce global warming. It’s not rocket science. We don’t have to build any fancy new technology. It’s basically plumbing.”

Technologies like vapour recovery units, gas blowdowns and infra-red cameras can detect and fix methane leaks. According to the IEA, many of these technologies quickly pay for themselves as they reduce the wastage of gas.

Banks said that that the main motivation for Norway was its desire to signal to the EU that its energy is clean. The EU gets 7% of its oil and 18% of its gas from Norway.

US gas companies also see Europe as a market for their gas, Banks said. “In the US, we have tons of basically free gas – that’s just being flared and vented and even going into the pipelines basically at zero cost.”

Saudi Arabia and Qatar have been trying to diversify their economies away from oil for several years. “They know where things are heading,” said Lahn.

CCE is a concept promoted by the Saudi government at international forums like the G20. It emphasises the use of technologies such as carbon capture usage and storage (CCUS) and hydrogen.

CCUS involves capturing carbon dioxide emissions from power stations or industrial processes and pumping it into underground storage – often helping to extract more oil from reservoirs in the process. Its proponents say it is a practical way to curb emissions, while critics say it is expensive and enables continued oil and gas production.