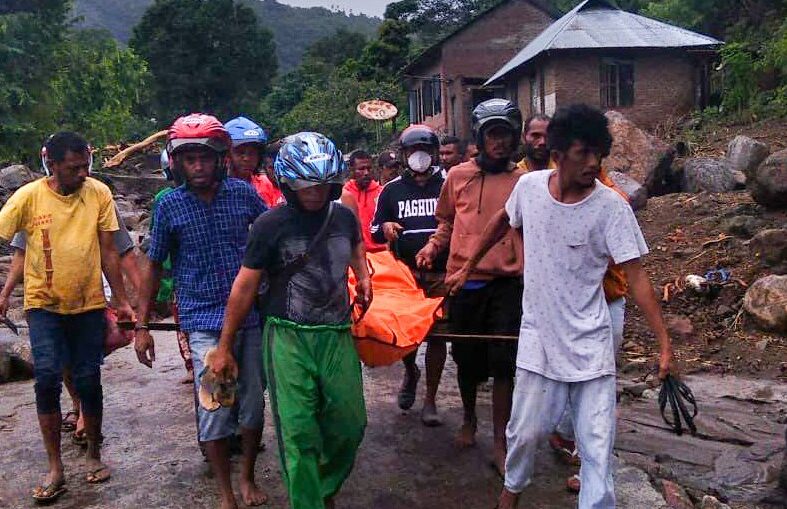 More than 160 people have been killed in Indonesia after tropical cyclone Seroja hit a remote cluster of islands, causing flash floods and landslides.

Campaigners warn Indonesia’s vulnerability to climate change is increasing and a government rollback of environmental regulations is worsening the situation.

Cyclone Seroja made landfall on 5 April, bringing torrential rain and triggering cold lava floods – flows of volcanic debris – in East Nusa Tenggara province, east Indonesia. More than 22,000 people have been displaced and at least 2,000 homes have been damaged.

On Friday, BMKG head Dwikorita Karnawati warned that a second cyclone, named Odette, could hit the islands of Sumatra and Bali this week.

“People are advised to remain cautious of heavy winds and rains that could happen in some areas and be mindful of threats of floods, landslides and flash floods,” Karnawati said.

Seroja is the strongest tropical cyclone to have hit Indonesian land since 2008, according to the country’s meteorological and climate agency BMKG.

The tropical storm is the latest natural disaster to strike the country, which has been battered by a high number of floods and landslide events since the start of the year. In January alone, 197 flood disasters were recorded, according to the National Disaster Mitigation Agency.

In a press conference reported by the Jakarta Post, Karnawati warned Indonesia should prepare for more intense cyclones as climate change pushed the average sea temperature around the country from 26C to 30C in recent years.

“It is something we need to realise together that global warming must be mitigated. Otherwise, these tropical cyclones will become a regular occurrence,” she said.

Survivors displaced by the cyclone have been moved to crowded rescue shelters where there is a high risk of Covid-19 transmission.

Indonesia’s disaster agency chief Doni Monardo said families were receiving 500,000 rupiah ($35) so they are able to rent accommodation rather than stay in the evacuation shelters.  “We must avoid crowds inside the tents,” he said.

Fransisca Fitri, country director of YAPPIKA-ActionAid, which has been delivering aid on the ground, said climate change was making the disasters more frequent and severe. 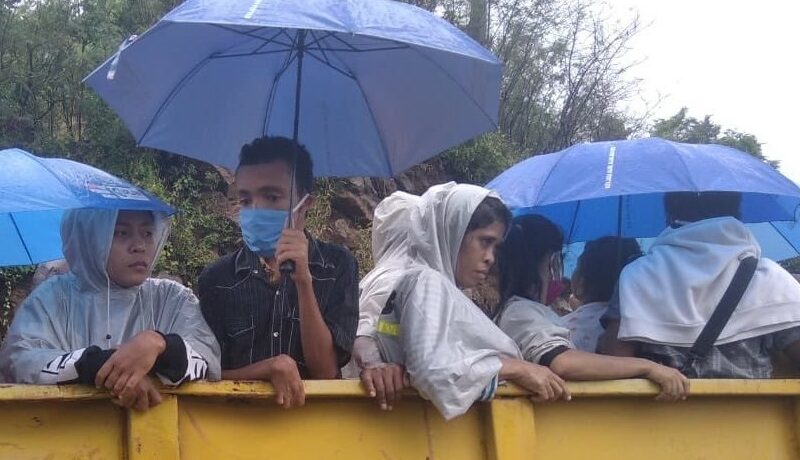 And these impacts, which directly threaten vulnerable communities, risk being worsened by a government roll back of environmental protection, campaigners say.

In November, the government passed a law on job creation that weakened environmental regulations in favour of business development.

The legislation removed an article in Indonesia’s forestry law mandating that at least 30% of each island and areas of land that drain rain waters into streams and rivers should be maintained as forest. The law also makes it easier for mining companies to operate within forest areas as they are no longer required to obtain official permits.

Environmentalists opposed the law on the grounds that it could lead to a rise in deforestation and promotes mining. Forest clearance can intensify flooding as it dislodges the soil and increases the area of surface run-off, they warned.

“High rates of deforestation are exacerbating flash floods and landslides. Between 2018-2020, we lost an area of forest almost as large as the capital Jakarta,” Fitri told Climate Home News in an email.

“Where ActionAid is responding to Cyclone Seroja in Lembata, flooding was worsened because natural forest defences have been cut down to make way for a tourist route to Ile Ape Volcano.”

Fitri said the government’s decision to prioritise investment in mining “will have a huge impact on forest communities, especially indigenous people, and their access to natural resources, and increase Indonesia’s vulnerability to climate disasters”.

After the legislation was passed, a group of 36 global investors, with a combined $4.1 trillion in assets, wrote a letter to the Indonesian government expressing concerns the new law would damage the environment.

Isfandiari said the law along with the increase in extreme weather events “will become a burden for building climate resilience and adaptation”.

“If we do not have any resilience, this will severely impact the Indonesian economy, as we will bear a significant number of financial losses due to climate disaster,” she said.

Indonesia is the world’s fifth-largest greenhouse gas emitter. Deforestation for palm oil production and peatland wildfires are major contributors to its emissions.

Climate Action Tracker ranks Indonesia’s climate plan as “highly insufficient.” Indonesia plans to install 27 GW of coal power by 2028 and is one of only five countries in the world that constructed new coal plants last year.

Since the start of the pandemic, the government has spent around $6.78 billion on supporting fossil fuels and just $240 million on clean energy, according to the Energy Policy Tracker.

Indonesia is not expected to increase its 2030 emissions cuts ahead of the Cop26 climate talks in Glasgow, UK, in November, Isfandiari said.

A draft plan circulated earlier this year shows the government intends to maintain the current goal of reducing emissions by 29% below a business-as-usual baseline by 2030.

UK foreign minister Dominic Raab met with president Joko Widodo this week. The statement following the meeting promised climate cooperation but did not specify whether Indonesia would strengthen its target. Widodo is among 40 world leaders invited to attend US president Joe Biden’s climate summit on 22 April.

“The increasing climate disasters are a clear message to the government that we need a more serious and ambitious commitment,” said Isfandiari.