At a ministerial meeting of donor and developing countries, the UK said it would aim to secure additional financial support for vulnerable nations by June 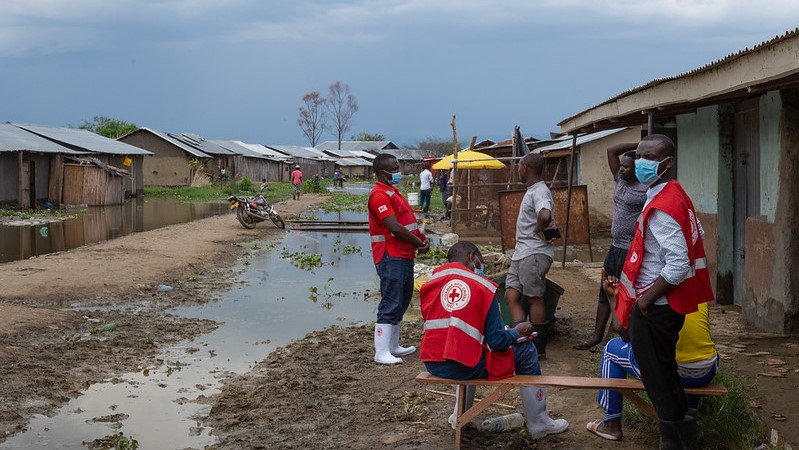 Following criticism over foreign aid cuts, the UK has pledged to lead a push to increase funding to help vulnerable nations cope with the worsening impacts of climate change at the G7 meeting it is hosting in June.

At the closing session of a virtual summit on Wednesday, Alok Sharma, president designate of the Cop26 climate talks, told ministers from developing and donor countries that the UK’s foreign secretary Dominic Raab will make the issue a priority at the meeting of rich nations this summer.

According to a readout from the event, the UK told ministers it intended to secure additional finance pledges.

Sharma said fulfilling a promise by rich nations to mobilise $100 billion a year to support climate action in developing countries was “vital” and had to be “a floor and not a ceiling” for future pledges.

More than 50 representatives from donor countries, emerging economies, developing nations, small island states and multilateral institutions attended the ministerial. China, which had been invited to the meeting, was notably absent.

The one-day summit aimed to rebuild trust between the world’s poorest and richest nations and find practical steps to address climate and development challenges. The UK said it would enable developing nations to “set the international agenda” ahead of Cop26.

Issues raised by climate-vulnerable nations during the meeting were not new. There remains an annual $70 billion gap for addressing global climate impacts and currently only one fifth of climate finance goes to adaptation projects. According to charity Care International, rich nations may have inflated how much funding they spend on helping the poorest cope with climate impacts.

Developing countries highlighted difficulties in accessing available finance from multilateral institutions such as the Green Climate Fund, according to a summary of the meeting.

Sharma said the UK would work with Fiji to create a taskforce to improve access to climate finance and better align funding with countries’ climate goals. The group is expected to recommend new finance mechanisms that could be piloted in some countries ahead of Cop26.

Another meeting of ministers to make progress on finance is also anticipated ahead of the climate talks, due to be held in Glasgow, UK, in November.

Sharma praised ministers’ “tangible desire to find answers”. “I hope that these discussions have given confidence to our friends from the countries and communities most vulnerable to climate change. I can assure you that I will be absolutely focused on putting the results of our meeting today into effect,” he said.

“We call for strong international cooperation and solidarity to fight the climate crisis.” – @FMBhutan at CDM. We welcome countries and partners taking forward actions to scale up and improve access to #ClimateFinance and support vulnerable communities respond to climate impacts

She called on all donor countries to commit to directing at least 50% of their climate finance towards adaptation before the G7 meeting in June. She urged the US, Canada, Japan, Italy, Germany, France and the UK to double their public climate finance for the period 2021-2025 and double the share of grant-based funding.

In a dig at the UK, she insisted all G7 nations had to spend 0.7% of their national income on overseas development assistance. The UK is the only nation in the group of rich countries to have cut its aid in response to the pandemic.

Throughout the meeting, vulnerable nations insisted on the importance of finding solutions for them to avoid and recover from existing loss and damages caused by storms, flooding and drought.

The UK said it would hold three consultations this year to set up the Santiago Network, a framework to discuss the issue, which countries agreed to establish in 2019 at the last climate talks in Madrid, Spain.

In their updated climate plans submitted to the UN, a growing number of developing and small island states called on rich nations to provide more finance to help them deal with economic losses and other damages associated with global warming.

“Nearly a decade of UN climate negotiations have failed to deliver finance to compensate the vulnerable countries already being devastated by the loss and damage caused by climate change. Cop26 is a chance to put that right,” said Action Aid climate advisor Harjeet Singh.

As part of discussions on debt relief, Italy told the meeting it was working to build a consensus among G20 nations for an extension of the existing debt service suspension to the end of 2021.

Mohammed, of the UN, warned that “extensive debt relief” was essential for a green recovery from the pandemic. “We cannot deliver a decade of transformation when so many developing countries face crushing levels of debt,” she said.