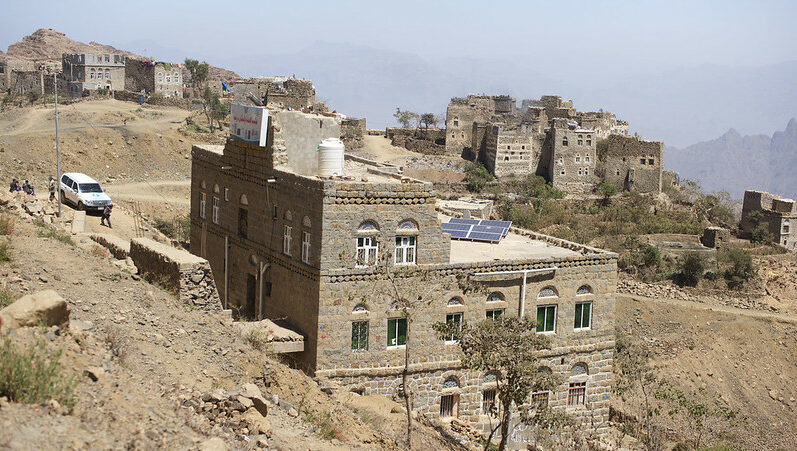 A group of the world’s most fragile countries have called on rich nations for more help getting electric power to their people.

In an open letter published on Wednesday, the leaders of countries like Afghanistan, Sudan and Yemen called on rich nations, multilateral banks and the private sector to increase investment for distributed renewable energy systems, like solar panels on their citizens’ homes.

Former president of Liberia Ellen Johnson Sirleaf said her country’s experience shows small-scale solar and hydropower help “the needy, particularly in rural areas who have been neglected all of these years”.

She said energy brings safety to homes, opportunities for distance learning to schools, technological advancement to hospitals and a chance for small businesses to expand.

Francis Mustapha Kaikai is the planning minister of Sierra Leone, where just 26% of people have access to electricity. He joined Sirleaf at a webinar organised by the UK-based Council on State Fragility (CSF) on Wednesday.

“Access to sustainable and affordable sources of energy is an indispensable link to the revival of our economies and hence the welfare of our people,” Kaikai said.

Over 800 million people have no access to electricity worldwide and 86% of them live in 57 nations considered fragile by the Organisation for Economic Co-operation and Development (OECD) because they suffer problems like war, division and ineffective government.

According to a CSF report released along with the letter, the proportion of people without electricity in fragile states has been steadily declining for 30 years.

But, as the population grows faster than people get electricity, the number going without increases by about two million people a year.

The report found that $50bn a year is needed to provide everyone with decent energy by 2030, but just $30bn was being spent. Of this, only a third targets new household connections while the majority goes to businesses.

Some of the challenges of investing in energy in fragile places include the limited power of the state, undeveloped energy markets, difficulty getting affordable credit, burdensome due diligence requirements, political instability and the risk of currencies devaluing.

Sarah Logan, the State Fragility Initiative’s national engagement lead, said these challenges made it more expensive to expand energy access in fragile states. “For every dollar that you borrow it costs more to invest in South Sudan than it does in India,” she told Climate Home.

The letter calls on donors to increase their funding to multilateral development banks who can invest in energy and accept a lower rate of return than the private sector.

The signatories call on developmental finance institutions, like the African Development Bank, to catalyse other investments. For example they can cover the costs of project preparation, allowing private investors to get on board with the project later on at less cost.

Since 2011, the cost of residential rooftop solar systems has fallen fast and they are now generally cheaper than fossil fuels.

“We now have a convergence in what is good for the climate, what is needed to unlock economic growth in fragile states, and what is technologically feasible,” the letter said.

Although distributed solar is more expensive than utility scale solar, the report argues it is more resilient as it is harder for armed groups to destroy.

“Solar energy was one of the most important aspects that helped supply the demand,” he told the CSF webinar.

As well as being vulnerable, large energy projects can exacerbate conflicts, the report said. The Grand Ethiopian Renaissance Dam has created tension over water flow between Ethiopia and Egypt and Sudan.