The Egyptian government could discuss its interest in presiding over the 2022 UN climate summit with Cop26 president Alok Sharma, who is visiting the country 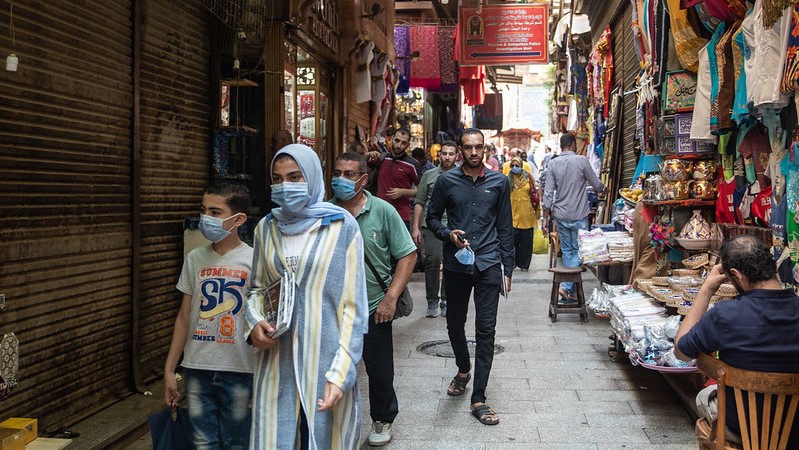 Egypt is interested in hosting the next round of UN climate talks scheduled for 2022, a country official has told Climate Home News.

Under the UN system of regional rotation, it is the turn of an African nation to host the Cop27 climate summit, which is expected to take place in November 2022, a year after Cop26 in Glasgow, UK.

Egypt has not yet made a formal application to UN Climate Change and other African countries could put themselves forward to host the talks. The African Group of Negotiators is expected to hold consultations to determine which candidate the group should formally support.

A decision on who will host the future climate summit is expected to be taken by countries during the Cop26 conference.

The Egyptian government’s interest in hosting Cop27 could be raised with UK Cop26 president designate Alok Sharma, who is visiting the country this week.

Egypt is a member of the Adaptation Action Coalition launched by UK prime minister Boris Johnson last month and also sits on the Energy Transition Council, which was co-created by the UK last year to support emerging economies in the transition to clean energy.

Great to talk about this with Dr. Mohamed Shaker, Egypt’s Minister of Electricity and Renewable Energy 🇪🇬@UKinEgypt pic.twitter.com/MUwGC0hryh

Hosting the UN climate summit is a major undertaking for the host country, which needs to demonstrate it has the logistical, technical and financial means to organise the event, with some support from UN Climate Change. With heads of states usually in attendance, security is also a key concern.

Cop26 has been billed as the largest diplomatic event the UK has ever hosted. Before the coronavirus pandemic, the UK was expecting over 30,000 delegates to attend the summit in Glasgow.

With ongoing high levels of Covid-19 infections in many parts of the world, the Cop26 summit is unlikely to be run like previous conferences. UN and UK officials are planning for a number of scenarios, with a hybrid format of in-person negotiations and online events a likely outcome, one UN Climate Change official told Climate Home.

As the world is learning to live with the risk of Covid-19 infections, the African host to the next talks may need to accommodate a range of options for the conference, from a large physical event to supporting virtual meetings.

Egypt is one of a few African nations able to cope with both eventualities, one African diplomat told Climate Home.

“There will not be too many African countries able to host the Cop as we used to know it,” and a large virtual conference “will demand a very sophisticated telecommunication network” which few countries have, they said.

The Egyptian government has previously shown an interest in hosting world leaders in highly publicised events. In 2015, president Abdel Fattah el-Sisi organised a lavish ceremony attended by heads of states to inaugurate an $8bn expansion of the Suez canal.

On Sunday, Egyptian health minister Hala Zayed announced the government would offer the coronavirus vaccine for a fee and the jabs will remain free for healthcare workers and government aid recipients. The move has led a lawyer to file a lawsuit against the prime minister and health minister, arguing the decision is unfair on poorer Egyptians.