Independent advisors said New Zealand should cut emissions “much more than 35%” from 2005 levels by 2030 to align ambition with a 1.5C global warming limit 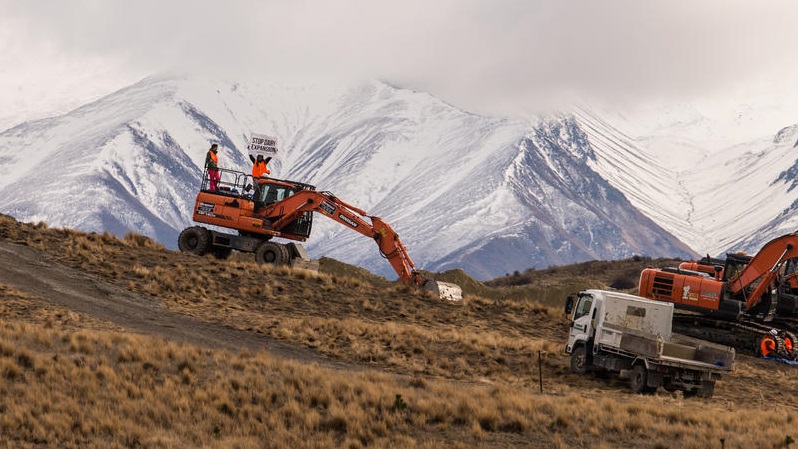 New Zealand’s climate advisers have warned the government must “pick up the pace” to cut its emissions in line with its 2050 carbon neutrality goal.

The report by the Climate Change Commission said the country was set to miss its long-term goal by 6.3 million tonnes of CO2, roughly the emissions of Paraguay or 13% of New Zealand’s current emissions.

The commission said New Zealand’s 2030 target of reducing its net emissions by 30% from 2005 levels was “not compatible with global efforts” to limit global warming to 1.5C – the most ambitious goal of the Paris Agreement.

According to Climate Action Tracker, New Zealand should reduce emissions by at least 44% between 2005 and 2030 to do its fair share to keep the world within 1.5C of warming. To be considered a “role model”, it should aim for at least 70% of emissions cuts. These figures do not include land use, land use change and forestry.

A recent Oxfam report said that, to do its fair share, New Zealand should reduce emissions between 67% and 102% by 2030 – depending on the methodology used.

Prime minister Jacinda Ardern, who commissioned the report, said the government would revise its 2030 target. The government’s response is expected in November 2021, ahead of Cop26 climate talks in Glasgow, UK.

#breaking The @ClimateCommNZ draft advice to Govt says:
✅ Emission targets are achievable
✅ Meeting them will make our communities cleaner & healthier
✅ We have the tech, just need to get it in place
✅ We are not on track, but can be if we act now
✅ Next 5 yrs are crucial

Professor Bronwyn Hayward, who researches environmental policy at the University of Canterbury, called for urgency, tweeting: “We’ve had 30 (nearer 40) years of climate inaction by successive governments-so I’m underwhelmed to hear there will be a year for government to respond to #nzpol climate report-then presumably a year to implement action on the ground- let’s move faster!”

Nearly half of New Zealand’s greenhouse gas emissions come from agriculture, according to government data, with methane from livestock accounting for almost three quarters of the sector’s emissions.

To align with a 1.5C pathway, agricultural methane emissions would need to be cut by 11-30% by 2030 and 24-47% by 2050, the commission said. It found this could be achieved by adopting “farm management practices” that reduce the amount of animal feed being used.

Technological solutions such as selective breeding and the use of chemical compounds in feed to inhibit cattle’s methane production could help make “significant contributions to global emissions reductions,” the report said.

Greenpeace New Zealand campaigner Steve Abell said that although he welcomed much of the report, the section on dairy “seems more anxious about maintaining the status quo than biting the bullet in the existential crisis of our time”.

“It effectively says ‘we can only save the planet so long as we don’t have to produce one kilo less milk or meat by 2035’. That ain’t transformation,” he said.

The report called for the food processing sector to stop using coal boilers by 2037 and to use biofuel or biomass instead. The dairy industry currently burns coal to dry milk into powder, where heat from biomass and electricity could be used instead.

Cindy Baxter, of Coal Action Network Aotearoa, said the 2037 deadline “should be brought forward”. “The world needs to get out of coal,” she said.

Baxter welcomed the commission’s recommendation that the 500 MW gas and coal-fired Huntly power station should shut down “in the 2020s”.

She added all coal mining in New Zealand should end by 2027 and the proposed expansion of the Canterbury Coal mine outside Christchurch, which produces low sulphur coal for the dairy industry, should be blocked.

The commission urged the government to set emissions reductions goals that it can meet with domestic action. Buying emissions reductions achieved overseas through carbon markets should only be used as a “last resort” in response to an unforeseen disaster, it said. For example, if a fire destroyed the country’s power lines, forcing it to turn back to fossil fuels temporarily.

The report said that while forests “have a role to play” the country “can’t plant our way out of climate change”. Instead, it must focus on reducing emissions at the source.

This article was amended to clarify that Huntly uses both gas and coal rather than just coal.