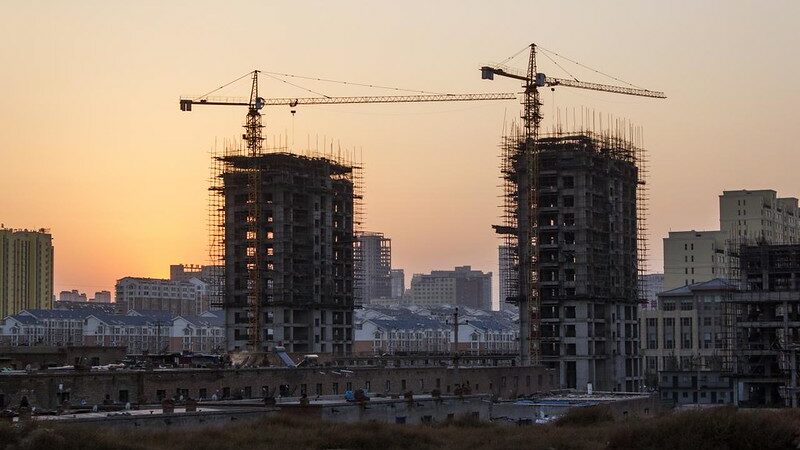 Ordos, Inner Mongolia, has some of the biggest coal reserves in China (Pic: Robert James Hughes/Flickr)

Inner Mongolia went on an industrial permitting spree in 2020 that will lock in annual coal use about the size of Germany’s if fully realised, despite China tightening its climate targets at national level.

The region approved power and industrial facilities with an estimated energy demand equivalent to 80 million tonnes of coal a year, according to Chinese industry website Sohu. As the largest coal-producing province in China, Inner Mongolia is expected to meet most of this energy demand with polluting coal.

Lauri Myllyvirta, lead analyst at the Centre for Research on Energy and Clean Air, estimates the province approved 10.1GW of new coal-fired power stations in 2020, based on media reports and official data – double the 2019 figure. It is “pure insanity,” he told Climate Home News.

Inner Mongolia was the most striking example of a nationwide trend of increased coal consumption, as officials turned to traditional industries to revive the economy from the impacts of Covid-19. Recent figures show China’s coal production in 2020 reached its highest level since 2015 and imports were up year on year.

“China’s emission rebound after the Covid lockdowns has been very steep and rapid and in fact steeper than the economic rebound because it has been driven by the most polluting and energy consuming parts of the economy,” said Myllyvirta.

President Xi Jinping announced last September that China would aim for net zero emissions by 2060, after peaking by 2030, signalling – without naming the fuel – that coal’s days are numbered. The industry minister said in December that China must reduce its production of steel, which depends on coal, citing climate goals.

Local governments and state-owned entities appear to be rushing to approve coal projects in anticipation of tougher climate restrictions, Myllyvirta said. “By the time that the clampdown comes you can present them as a fait accompli [done deal].”

It is a gamble, because those mines and plants could be forced to close before the investments pay off, explained Client Earth’s China expert Dimitri De Boer. “When provinces lock in these high emissions sectors, it’s going to be really hard for them to transition to carbon neutrality. In addition to causing damage to the climate, state-owned assets will be squandered if those investments end up in default and need to be shut down. It makes much more sense to shift now to the strategic sectors of the future.”

But local officials have incentives to maximise short-term economic activity, with performance graded against metrics like investment and tax revenue rather than environmental targets.

The problem goes further than Inner Mongolia. Many of the new coal-fired power plants in Inner Mongolia and neighbouring Shaanxi are set up to power China’s populous eastern regions, Yu said, and many provinces are likely to fail to meet targets set by central government on reducing energy consumption.

In September, Bejing’s National Development and Reform Commission called in Inner Mongolian officials for a meeting on the region’s emissions but has taken no further action since. According to Myllyvirta, the central government usually reacts to overcapacity concerns by banning further approvals. “We could well be heading there again,” he said.

The national environment ministry is now working on a roadmap for the 2030 peak emissions target, which involves requiring provincial governments and big industries to set their own peaking years. “Expect a lot of haggles between Beijing and interest groups,” commented Greenpeace campaigner Li Shuo on Twitter.