Heathrow Airport is challenging a ruling that quashed plans to build a third runway earlier this year, based on the UK commitment to the Paris Agreement 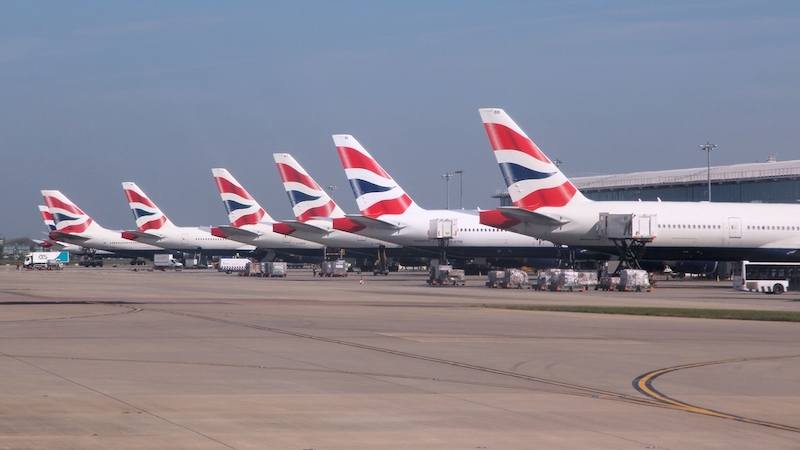 Heathrow appeared in front of the UK Supreme Court this week in a bid to overturn a judgment that blocked Europe’s busiest airport from expanding.

In February, campaigners claimed a historic victory in the Court of Appeal, which quashed plans for a third runway at Heathrow on climate grounds. The case was brought by litigation charity Plan B and campaign group Friends of the Earth.

Three appeal judges ruled that government approval of the expansion plan was unlawful because, among other reasons, it failed to consider the Paris Agreement on climate change. To pursue the project, the transport secretary would have to review how it could fit with the country’s climate commitments. The transport department accepted the ruling and said it would not appeal.

In a two-day virtual sitting of the Supreme Court this week, Heathrow argued the government was not legally required to consider the Paris Agreement.

At the same time, the airport owners claimed a third runway was compatible with Paris, so a government review would ultimately conclude it could go ahead.

According to the UK Committee on Climate Change, aviation is likely to be the UK’s highest emitting sector by 2050, as it is hard to decarbonise. Heathrow currently emits around 19 million tonnes of CO2 a year, more than half of UK aviation emissions. A third runway would add a projected 9 million tonnes to the airport’s total annual CO2 output.

A spokesperson for Heathrow airport said: “Heathrow will ensure the expansion project is compliant with the UK’s climate change obligations, including under the Paris Climate Agreement, as part of our plans to reach net-zero carbon. We fully expect to be held to account by the government through the planning process.”

Read more: Where are US emissions after four years of Donald Trump?

Friends of the Earth lawyer Katie de Kauwe questioned this argument in Heathrow’s appeal. “If it really makes no difference to the outcome, then why are you bringing the appeal?” she asked, in an interview with Climate Home. “Why not let the government conduct its review?”

De Kauwe said that if the Supreme Court agrees with the previous ruling the government’s airports national policy statement will remain a “zombie policy” until the government reviews it. Without political will, the expansion plans are unlikely to happen, she said. Prime minister Boris Johnson, whose constituency is close to Heathrow, has been an outspoken critic of a third runway in the past.

The verdict is expected in January.

De Kauwe described the case as “hugely significant”. “It is the first case that has ruled that government plans for a massive infrastructure project are unlawful on the basis of the Paris Agreement,” she said.

Campaigners and lawyers say the verdict could set a precedent for other climate litigation cases relating to the Paris Agreement.

“This case is being closely watched by lawyers around the world who want to see how much impact a country’s signature to the Paris Climate Agreement has on actual decision-making” Michael Gerrard, an environmental law professor at Columbia University in New York, told Climate Home.

“The ruling by the Court of Appeal seems to give at least some teeth to Paris.  The Supreme Court will either cement or pull those teeth,” Gerrard said.

“We are seeing a movement across the world of climate litigation,” said de Kauwe. Campaign group Transport Action Network is challenging the UK government’s largest-ever road building programme by building on the Heathrow result, she said. “It is a huge boost for climate campaigners, [showing] what can be achieved through the courts.”

This article has been amended to remove an incorrect reference to the timing of the airports national policy statement.