Young people from the Philippines, Kenya and Brazil tell Climate Home News why they took part in a global climate demonstration on Friday 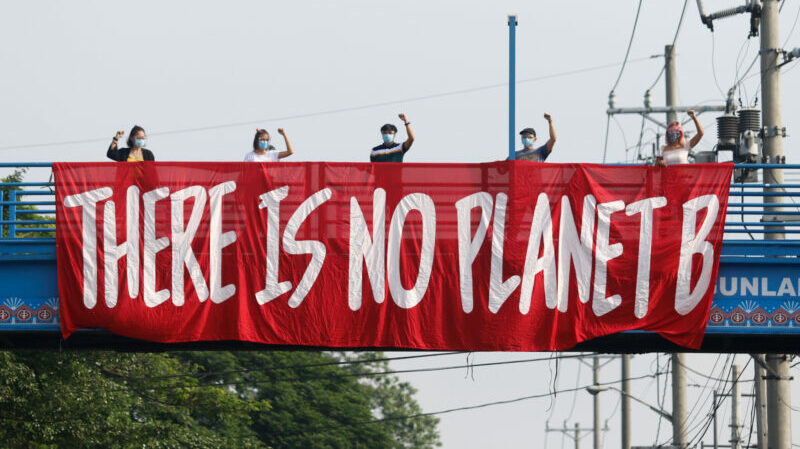 Youth activists in the Philippines take part in the global climate strike on 25 September 2020 (Photo: 350org)

Youth activists did not let coronavirus restrictions stop them from organising 3,500 protests in 150 countries on Friday.

Many activists held virtual protests, but in some of the hardest hit countries, such as the Philippines and Kenya, they took to the streets to demand climate action and justice from their governments.

The theme of this year’s global climate strike is supporting communities on the frontlines of the climate crisis.

Climate Home News spoke to three activists from the global south about their personal fears and the change they are fighting for.

Two years ago, Mitzi Tan’s world view “shattered” when she first spoke to an indigenous leader from the Lumad tribe about how his people faced constant harassment, attacks and arrests in their fight to protect their land, rivers and forests from environmental destruction.

“In the Philippines, we are already experiencing the worst impacts of the climate crisis. We have no choice but to defend the planet,” 22-year-old Tan told Climate Home News.

The Philippines is highly vulnerable to the impacts of climate change, including rising sea levels, more intense typhoons and flooding.

“We would spend days in the dark with candles just listening to the battery powered radio for any updates on storms, always afraid that a tree would fall or that the flood would enter our house,” Tan said.

On Friday, youth activists gathered in groups of ten to protest, bearing banners which read “protect climate protectors” and “there is no planet b”.

“Activists are being silenced here in the Philippines. I worry that people are starting to get desensitised to the number of deaths. We have names, we have lives, we are people, we’re not just statistics,” she said.

“A lot of people see this law as very dangerous. It could endanger all of us and our right to defend the planet,” said Tan.

The pandemic has fostered an even greater sense of solidarity among young people around the world, said Tan. “In a way the pandemic has brought everyone closer together.”

The climate crisis is constantly on 24-year-old Kevin Mtai’s mind. He is witnessing the impacts of climate change first-hand.

“I personally have been affected mentally and physically… with floods destroying our home and crops and causing water-borne diseases like typhoid and cholera [among] my family,” Mtai told Climate Home.

He gathered with other climate activists in Nairobi on Friday to protest a controversial deal which would expand the plastics industry in Kenya.

#AfricaIsNotADumpster @KevinKevinmtai giving a talk at Uhuru Park, Nairobi about how plastic waste is a problem in Kenya.

The oil industry is lobbying the US government to use a trade deal with Kenya as an opportunity to export more plastic to the country, a move which campaigners warn would turn Kenya into a dumping site for plastic waste. Kenya has the world’s toughest ban on plastic bags. Anyone caught producing, selling or carrying plastic bags faces up to four years imprisonment or fines of $40,000.

“We don’t want the government to sign that deal. They want to force us to take that plastic but our country is not the one using [it], the USA is. Africa is not a dump site. This is an injustice for us as Kenyans and for us as climate activists,” Mtai said.

It is a global injustice that countries in the global south emit the least carbon dioxide in the world, but are the worst affected by climate change, Mtai said.

“People in the global south do not have anything to protect their lives… they are facing water [shortages] and diseases,” he said. 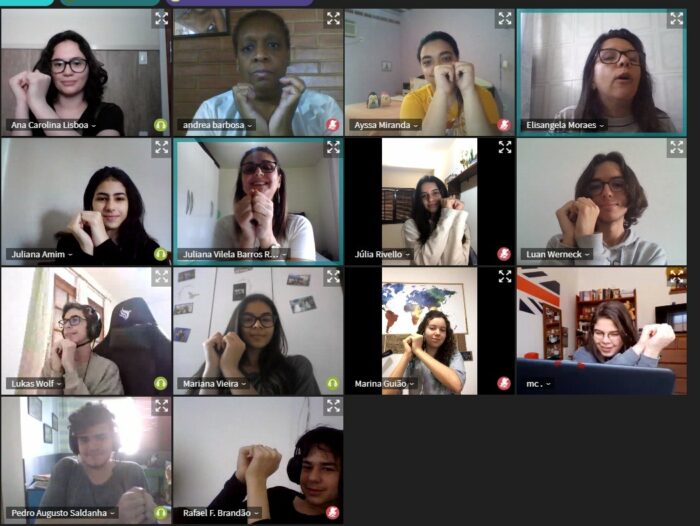 16-year-old Marina Guia has become accustomed to thick smoke from wildfires enveloping her city, Volta Redonda, in Brazil.  “The city is dark because of the smoke. It is something that I see day-to-day,” Guia told Climate Home.

“The indigenous people in the forests are the ones really suffering because of the fires. The fires attack the environmental defenders directly,” she said, adding that the pandemic has made it more difficult to protect indigenous communities. “We are trying to take care to not contaminate them.”

Together with other Brazilian activists, Guia has launched the SOS Amazonia campaign to support indigenous communities protecting the Amazon rainforest.

“We are giving a voice to indigenous people. They are on the frontlines [of climate change] and are really in danger. They are attacked by Covid-19, deforestation and murders,” said Guia.

In a message to the UN on Tuesday, Brazil’s president Jair Bolsonaro denied responsibility for the worst fires on record in the Pantanal, the world’s largest tropical wetland.

The fires have led to respiratory problems for people living in the region, exacerbating coronavirus outcomes.

“The climate crisis will affect the poorest first and those that don’t have capacity to deal with it. Climate justice is something that the whole world will need to fight for. If we don’t have the environmental defenders, we don’t have the Amazon,” Guia said.