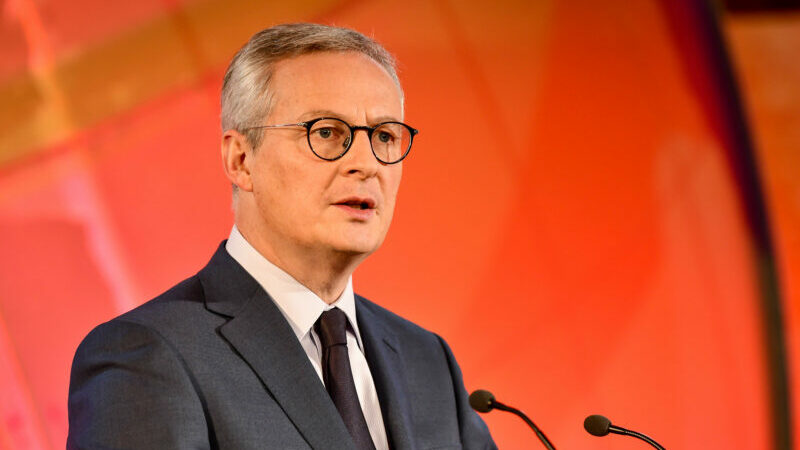 France hopes to collaborate with Germany on clean hydrogen projects as part of Europe’s green recovery from the pandemic, the country’s finance minister has said ahead of a meeting with his German counterpart on Friday.

At a hydrogen summit this week, finance minister Bruno Le Maire unveiled his vision for clean hydrogen and emphasised that he hopes to partner with Germany on this.

“I hope that we will manage to find a joint Franco-German and then a European project for hydrogen,” Le Maire told French media outlet CNews ahead of the meeting in Berlin.

This week Le Maire revealed that almost a third of France’s €100 billion ($119bn) coronavirus recovery package will be spent on green energy policies, with €7 billion going towards the development of carbon-free hydrogen for transport and the industrial sector by 2030.

Germany unveiled its national hydrogen strategy in June. The country has earmarked €9 billion for the expansion of hydrogen production as part of a €130 billion economic stimulus package, with the aim of ramping up its capacity to 5 GW by 2030 and 10 GW by 2040.

Carbon-free hydrogen is produced by electrolysis. Electricity from renewable sources or nuclear is used to split water into hydrogen and oxygen. It is expected to play a pivotal role in the global transition to net zero emissions, particularly as a solution to decarbonise the steel and shipping industries, the International Energy Agency (IEA) said in a report published on Thursday.

France aims to install 6.5 GW of clean hydrogen production capacity by 2030 and start building electrolyser factories in 2021, the government said.

The government has said its investment in carbon-free hydrogen will cut France’s CO2 output by 6 million tonnes, the equivalent of Paris’ annual emissions.

“France is convinced that carbon-free hydrogen will be one of the great revolutions of our century: for the decarbonisation of the industrial sector, to develop and deploy emission-free mobility solutions, to store energy and provide additional responses to the intermittency of renewable energies,” Le Maire said in France’s hydrogen strategy.

“You need to create a demand, you need to build the infrastructure… this will require coordination at the EU level,” De Blasio said.

A global race to ramp up production of the clean fuel has begun with the EU Commission unveiling its hydrogen strategy in July, which aims to increase capacity to 40 GW and generate 10 million tonnes of clean hydrogen by 2030.

The EU estimates that by 2050 clean hydrogen could meet 24% of the world’s energy demand. But it is a long road ahead. Today 96% of hydrogen supply comes from fossil fuels, according to a report by the Rocky Mountain Institute. Hydrogen from fossil fuels generates more than 800 Mt of CO2, comparable to the emissions of the UK and Indonesia combined, according to the IEA.

EU Commission Vice President Frans Timmermans, who presides over the European Green New Deal, has championed hydrogen as a renewable fuel that can easily be integrated into existing energy infrastructure, as opposed to wind and solar which require the construction of new farms and grids.

“There are millions of kilometres of natural gas pipeline, and a significant fraction is completely compatible with hydrogen use,” José Miguel Bermúdez Menéndez, an energy technology analyst at the IEA, told Climate Home News.

While Germany plans to generate hydrogen from renewable sources, such as offshore wind and hydropower, France is a major proponent of nuclear power, which makes up over 70% of the country’s energy mix. In an interview with French media BFM TV, Le Maire described himself as a “nuclear advocate.” When asked whether France would generate clean hydrogen using nuclear, Le Maire said the fuel remains relevant.

Germany plans to close all its nuclear power plants by 2022, following mass public support for their closure amid safety concerns.

This should not hinder EU-wide collaboration on hydrogen, said De Blasio, citing Italy as an example. Italy closed its nuclear plants decades ago but continues to import electricity from nuclear. “How many consumers know where their electricity comes from?” De Blasio said.

The EU could meet most of its hydrogen demand internally, but the bloc must move fast to compete internationally, De Blasio added, noting that China has started to look into hydrogen.

During his interview with CNews, De Maire warned that the EU should not make the “same mistakes” as it did with solar panels by allowing China to dominate the manufacturing side.

“If China is going to put its industrial might behind hydrogen, like it did with electric vehicles and solar panels, we could have a similar situation,” De Blasio said.