As Brussels gets serious about imposing levies on imports from polluting countries, Moscow argues such measures create unfair barriers to trade 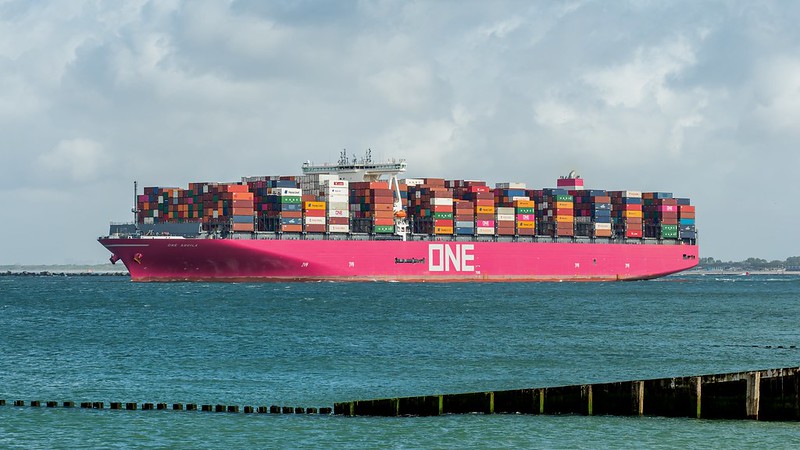 Russia’s economic development minister warned last week that the EU’s plans to deploy a carbon tax at the bloc’s borders will not be in line with World Trade Organisation (WTO) rules, just as Brussels doubled down on the idea of green tariffs.

Maxim Reshetnikov said that Moscow “is extremely concerned by attempts to use the climate agenda to create new barriers”, following a meeting of the BRICS emerging economy nations last Thursday (23 July).

“We see a danger in this, including in the initiative to create a carbon adjustment mechanism that could essentially turn into new duties,” the minister said, referring to the European Commission’s plans to deploy a carbon border tax.

The anti-climate-dumping tool – still under design – would slap additional levies on imported goods that are manufactured in an unsustainable way, in order to boost domestic production and give offshore industries an incentive to go green.

But the border tax will have to walk a thin line between contributing to the EU’s green policies and sticking to WTO rules, which Russia – the world’s fourth-biggest emitter of greenhouse gases – already claims is unlikely to happen.

“It’s very important to us that all measures that are adopted in furthering the environmental agenda strictly comply with WTO rules, because the mechanisms that are now being proposed by some of our colleagues, in our view, contravene WTO rules,” Reshetnikov said.

In February, a top Kremlin advisor warned Russia’s business leaders to start adapting their production lines under the assumption that a border tariff will be in place in the near future.

Brussels and Moscow are already butting heads at WTO level. Last week, the Geneva-based body upheld Russia’s complaint against the EU’s anti-dumping measures, the third time the bloc has lost a case against its large eastern neighbour.

A Commission spokesperson said that the decision “confirms the legality of specific EU anti-dumping rules under the WTO law while raising certain issues as regards their practical application.” The EU executive plans to study the ruling in more detail before acting.

The EU is not the only world power mulling the idea of loading borders with green tariffs, according to a draft of the American Democratic Party’s election platform, the US would do the same if Joe Biden defeats incumbent Donald Trump in this year’s presidential election.

“We will apply a carbon adjustment fee at the border to products from countries that fail to live up to their commitments under the Paris Climate Agreement because we won’t let polluters undermine American competitiveness,” the document states.

Biden has pledged to steer the US back into the Paris climate accord if elected president, after Trump decided in mid-2017 to trigger the lengthy withdrawal process, which is still not complete.

The carbon border tax is not just aimed at helping Brussels ratchet up its green credentials, it is also seen as a way for the EU to pay off the €750 billion debt the bloc’s member states agreed to take on at a Council summit last week.

Senior EU officials told Euractiv that the Commission considers the Council’s explicit approval of the border tax idea – as part of a basket of so-called revenue-generating ‘own resources’ – one of the main victories of last week’s crucial budget meeting.

According to its calculations for the next long-term budget and recovery instrument, the Commission predicts that a border tax could bring in between €5 billion and €14 billion every year “depending on the scope and design”.

In the final Council deal, leaders agreed that “the Commission will put forward in the first semester of 2021 proposals on a carbon border adjustment mechanism”, with a view to deploying it by the beginning of 2023.

The EU executive was already working on the idea, given that President Ursula von der Leyen included it on a list of her administration’s priorities, but this is the first time that it has received such clear support in the Council.

Von der Leyen has tasked a number of her Commissioners, including economic chief Paolo Gentiloni, energy boss Kadri Simson and trade Commissioner Phil Hogan, with putting together a legally sound proposal. WTO-compliance is the top-line objective.

Last week, the Commission launched a consultation and put forward four main ways the mechanism could work, ranging from a list of taxable goods and obligations on importers to buy permits, to an EU-wide tax on certain goods, whether they are imported or not.

A list of suitable imports, which EU officials have suggested could include Southeast Asian electric car batteries or even steel, is the most likely to fall foul of WTO scrutiny, while the idea of allowing the EU to tax products bloc-wide is a political no-go for most countries.

Forcing importers to buy permits, either from the EU carbon market (ETS) or a special pool, would require serious ETS reform. The Commission says in its consultation that the border tax would replace existing systems like free allocation of permits to certain industries.

Those gratuities are supposed to act as an incentive for manufacturers and other polluters to stay in the EU, in an effort to prevent the phenomenon known as carbon leakage. As a result, many companies benefit from millions of euros in avoided costs every year.