In a rare intervention in EU politics, poor and small island nations urged leaders to rebuild the economy in line with a 55% emissions cut by 2030 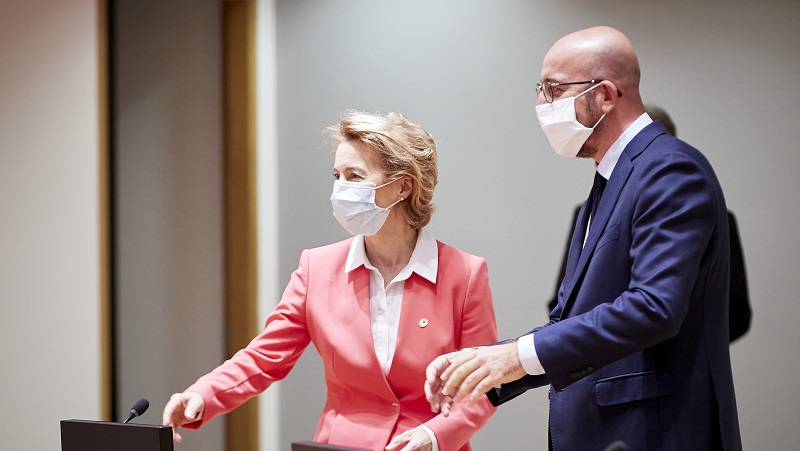 Vulnerable countries are urging the EU to link its coronavirus recovery funds and seven-year budget to a tougher 2030 climate target.

Leaders from 27 member states are meeting this weekend to agree on the terms of the European Commission’s proposed €1 trillion budget for the next seven years (2021-2027) and a €750 billion recovery fund to weather the impact of the Covid-19 crisis.

The EU Commission has promised to deliver a “green recovery” in line with its commitments under the European Green Deal to achieve carbon neutrality by 2050 – a move backed by a majority of member states.

In a letter sent to EU Council president Charles Michel, the Alliance of Small Island States (Aosis) and coalition of Least Developed Countries (LDCs) warned decisions taken by EU leaders on how to spend funds over the next seven years will be “definitive of its climate pathway”.

To put its vision for a green recovery into practice, the EU needs to link its recovery funds and budget to 2027 with increasing the union’s 2030 climate target to reduce emissions by at least 55% below 1990 levels – up from 40% currently, the letter said. It also called on all EU funds to be subject to the “do-no-harm” principle.

Lois Young, of Belize and Aosis chair who co-signed the letter with LDC chair Sonam Wangdi, of Bhutan, told Climate Home News: “The European Council is about to sign off on a trillion dollar recovery and budget package. At a time when the climate crisis is as pressing as the health crisis, we want to ensure that climate is a part of the Council’s consideration.”

The letter was copied to the leaders of Denmark, France, Austria, Finland, Germany, Italy, Ireland, Luxembourg, the Netherlands, Portugal, Sweden and Spain, who have all backed a green recovery.

When presenting his proposals for the EU budget and the recovery funds, EU Council president Michel said all expenses “will comply with our objective of climate neutrality by 2050, the EU’s 2030 climate targets, and the Paris Agreement”. However, member states will have the final say on how the union’s money is spent.

The EU Commission has promised to present its impact assessment on how to increase the 2030 target to 50-55% by September. Some have raised concerns the timetable leaves little time for member states to ratify a new target by the end of the year, when countries are expected to submit updated climate plans to the UN.

Young said 2020 was “a definitive year for climate ambition and action” and that small island states expected to see countries present enhanced climate plans before the year closes out.

“We wish to encourage EU leaders who support a green recovery to use this moment to walk the walk and pave the way to increase their 2030 climate target. EU leadership can be catalytic. It can also send a strong signal to drive investments towards a cleaner, more resilient future,” she said.

The letter also said EU relief packages to businesses should be conditional on commitments to net zero emissions by 2050, including milestones in 2025 and 2030.

It echoes calls by a cross-party group of EU lawmakers to make Covid-19 recovery funds conditional on a commitment from member states to achieve carbon neutrality by 2050 and to support an enhanced 2030 climate target.

But the proposition has been met with cold water by Poland, which warned it would reject proposals to link EU recovery funds with climate goals. Poland is the last member state not to have agreed to the EU-wide 2050 carbon neutrality target. Estonia and Bulgaria have also reportedly objected to the proposal.