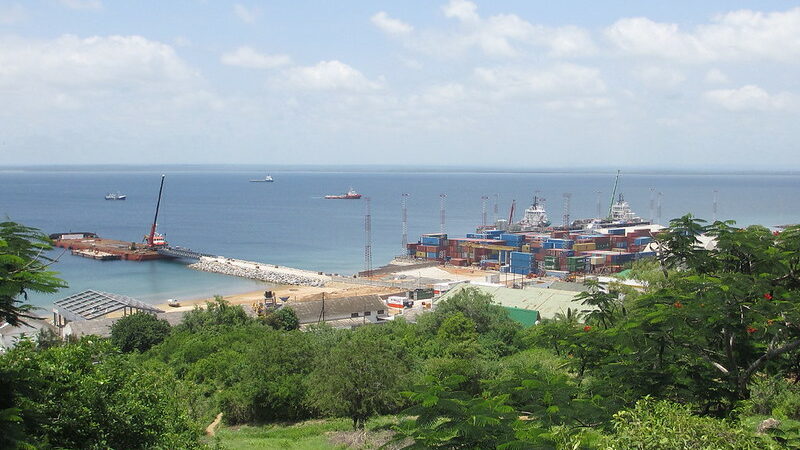 Pemba port in Mozambique before it was expanded to accommodate a huge new gas industry (Pic: Ton Rulkens/Flickr)

At what point does new gas infrastructure become untouchable for would-be climate leaders?

It is a debate raging in the UK government, where the export credit agency is reportedly planning to sink $800 million into a massive LNG project in Mozambique.

There is a development rationale: in one of the poorest countries of the world, gas wealth could lift millions out of poverty. Yet those living close to the gas basin have seen little benefit so far, instead suffering from land grabs and conflict.

More to the point for the hosts of the next UN climate summit, the investment can only pay off in a dangerously overheated world. Pushback from the climate division could explain why UK Export Finance has yet to officially declare its support.

Leigh Elston and I reported on Mozambique’s multi-billion dollar gamble.

He says niobium metal could be Brazil’s ticket to economic independence – if it wasn’t for indigenous land rights standing in the way.

Fabiano Maisonnave went to the home of the world’s biggest niobium deposit, deep in the Amazon, to see the reality.

Following an Arctic heatwave, Alister Doyle looked at the impact of thawing permafrost and receding ice on people’s way of life in the far north.

Digging up mammoth tusks used to be forbidden among the Yukaghir people, but as the earth spits out new finds, many now take part in a lucrative trade with collectors.

Traditional knowledge no longer holds as rapid warming changes everything.

Climate Home News is looking for an enterprising, tenacious reporter to join our award-winning team in London. Details here.