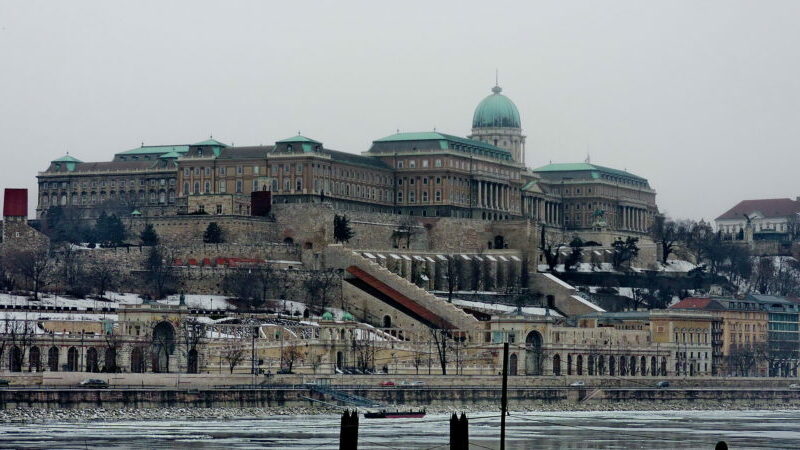 Hungary has set a climate neutrality goal for 2050, in a law passed by parliament on Wednesday, signalling support for the EU net zero emissions strategy.

The 3-page document was significantly watered down from a “climate emergency” declaration originally put forward by an opposition lawmaker last August.

It followed a day after the government issued a €1.5 billion green bond, with the bulk of funds earmarked to run, maintain and upgrade the railway system.

Climate and energy minister Péter Kaderják said in a government statement the country was choosing “the path of the future” and could cut emissions while growing the economy.

In a hint the plans relied on EU funds, he said the costs of moving to net zero emissions should be borne by the big polluters. Brussels should not divert the “cohesion fund” for poorer member states into climate action, Kaderják added.

The law reaffirmed Hungary’s existing 2030 target of a 40% cut in emissions from 1990 levels, leaving the heavy lifting until next decade. In the initial proposal by the green Dialogue party, that would have been strengthened to 55%.

Zsolt Lengyel, co-founder and chair of the Institute for European Energy and Climate Policy, told Climate Home News the failure to raise the ambition of interim targets showed the government was not serious about climate neutrality.

The green bond, he said, “qualifies both for a greenwashing prize and a corruption medal”.

Lengyel, a Hungarian national living in Canada, expressed fears that the money would line the pockets of prime minister Viktor Orbán’s friends and not substantively decarbonise the Hungarian economy.

On Twitter, former government climate official András Huszár took a more optimistic line, saying the move was “not imaginable” a couple of months ago and could be the basis for further action.

Just a couple of months ago it was not imaginable to pass such a law in HU. W r only the 7th country to do so! 2050 net zero is the int benchmark. Wish that 🇨🇳or🇺🇸 would have same plans at least in law…Let’s try to fill the other half of the half empty/full glass

According to the government prospectus, 90% of the proceeds will go to transport projects. Of this, 25% is to electrify railway lines and 72% for other railway expenditure, including routine operating costs like staffing.

Norwegian climate research institute Cicero rated the bond “medium green”, based on its intended purposes. That means it was judged to avoid locking in fossil-fueled technologies but not be fully consistent with the goals of the Paris Agreement.

“It is a very solid step forward to being Paris-aligned but it is not quite there yet,” said Christa Clapp, research director of climate finance at Cicero. To be upgraded to “deep green”, Hungary would need to fully electrify the railway network, not just parts of it, for example.

“Of course we are concerned about corruption and it could have some impact here,” Clapp told CHN, but stressed it was outside the scope of Cicero’s assessment, which focused on environmental credibility. Investors should do their own due diligence on corruption risk, she said.

The Hungarian government has committed to reporting annually on the impacts of the green bond spending and subjecting that to an external review.

Democracy watchdogs warn that under Orbán, Hungary has become increasingly authoritarian, with little space for independent media or civil society to scrutinise government.

In a report published last month, NGO Freedom House said the prime minister had “dropped any pretense of respecting democratic institutions”. Transparency International ranks Hungary as one of the most corrupt countries in the EU.

In January, the ruling Fidesz party launched a climate and energy strategy with a “Christian-democratic approach“.

This majored on a Russian-built nuclear programme, with some support for solar, to achieve 90% low carbon power by 2030. Wind energy is effectively banned by a prohibition on turbines within 12km of any house. The country’s last coal power plant, aging and rendered unprofitable by carbon pricing, is to be closed by 2025.

When it comes to intra-EU negotiations, Hungary typically sides with Poland in resisting higher ambition. While it is far less dependent on coal than its northerly ally, this negotiating stance can be used to leverage financial support from richer member states.

A Hungarian lawmaker last month asked if the government would show its support for a “green recovery” from coronavirus, by signing an open letter from 17 EU climate ministers. He was told in a one-line answer that was “against the interests of the Hungarian people”.