Oil prices of around $20 a barrel do not reflect the cost for the climate, the French government argued ahead of a meeting of EU energy ministers 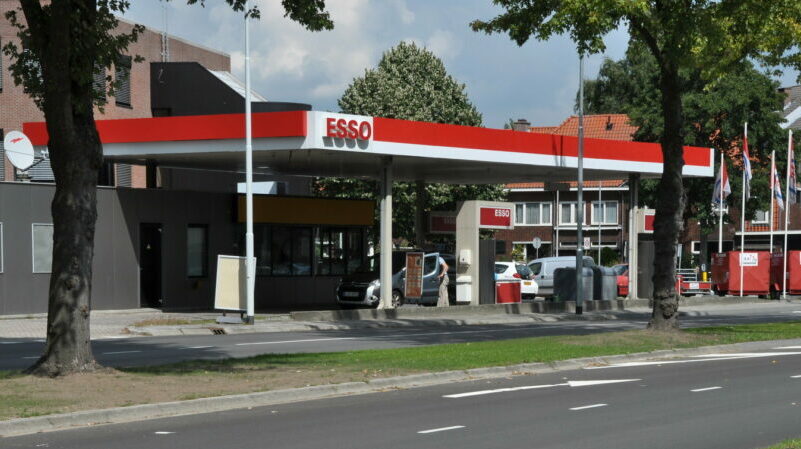 Petrol station: the price of fuel does not reflect its cost to the climate, the French government argues (Pic: Hans Porochelt/Flickr)

The Covid-19 crisis should strengthen Europe’s resolve to achieve the climate objectives of the Paris Agreement by triggering policies that maintain fossil fuel prices above a minimum level, French authorities have said.

With oil prices hovering around $20 per barrel, world markets are awash with excess oil that risks putting the clean energy transition in jeopardy, France has warned.

“Extremely low fossil fuel prices” seen recently on world markets “do not reflect their true cost for climate,” the French say in a position paper sent to other EU member states.

“The cost of fossil energies should be proportionate to their true environmental impact,” argues the document, obtained by Euractiv.

The French paper was circulated to national delegations ahead of an informal video meeting of EU energy ministers on Tuesday (28 April).

“French authorities consider that these market conditions make a clear case for mechanisms ensuring that these energies remain consistently above a certain floor price” from the perspective of both consumers and investors, it states.

Such a mechanism could take the form of “a carbon price floor” that could be implemented either through the EU’s emissions trading scheme or the energy taxation directive, which is up for review as part of the European Green Deal, the paper argues.

The UK has led by example in the European Union, by introducing a carbon price floor in 2013. But the idea is controversial in coal-dependent Poland and other countries in Central and Eastern Europe, which are likely to be hit hardest by the measure.

If adopted, the EU carbon price floor should be accompanied by social policies for regions in transition where jobs will be destroyed, French President Emmanuel Macron said during a visit to Brussels in 2018.

The French are also worried about the impact of falling electricity prices on the EU carbon market, saying urgent measures should be taken in order to avoid a glut of emission allowances that would send carbon prices crashing.

“In that regard, French authorities consider that a reinforcement of the EU ETS Market Stability Reserve must be implemented without delay to address the risk of resurgence of structural surplus,” the paper says.

According to the French, “the current situation also calls for a rapid establishment of the carbon border adjustment mechanism” in order to prevent factories from moving out of Europe in the face of higher carbon costs at home.

But these measures on their own will not be sufficient to boost investments in clean energy and secure a green recovery from the coronavirus crisis, the paper argues.

It says EU policy reforms are needed to “secure the financing of decarbonised electricity production,” which “does not exclude low carbon technologies” – a veiled reference to nuclear power.