A round-up of the support countries are extending to aviation, coal, oil and gas businesses as demand is hit by the Covid-19 pandemic 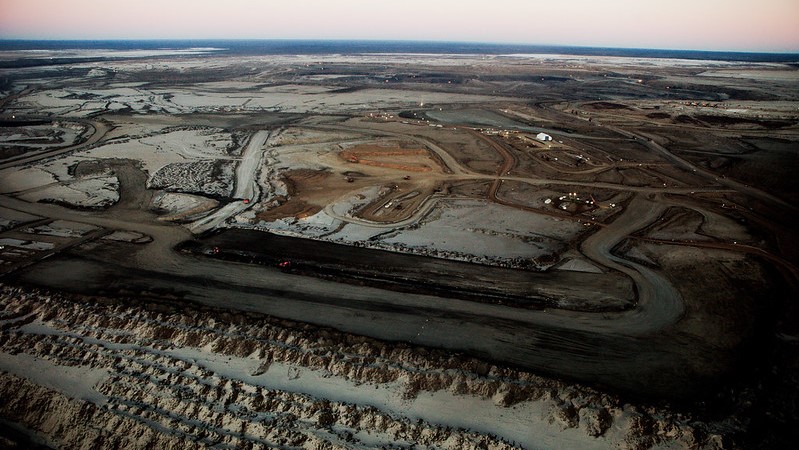 Across the world, carbon-intensive industries are lining up for state aid as the coronavirus pandemic continues to hammer the global economy.

With people staying at home to slow the spread of the disease, global oil demand has slumped by a third, hitting producers hard.

Climate campaigners are calling on governments to make relief for the fossil fuel industry dependent on tougher climate action. In the rush to protect businesses and workers from the impacts of the public health crisis, though, some polluters are being bailed out with no strings attached.

In a historic deal, a group of major oil-producing countries, Opec, and allies including Russia, on 12 April agreed the biggest ever cut to oil supply to stabilise energy markets and end a price war between Moscow and Saudi Arabia. Yet prices continued to slide.

A report by Influence Map, which analyses corporate lobbying on climate policy, found the oil and gas sector to be the most active globally in lobbying governments for financial support and deregulation in response to Covid-19.

This, it found, was particularly the case in the US, Canada and Australia.

Which governments gave them what they wanted? Here is a round-up of the various types of support to polluting sectors introduced by the world’s largest economies.

Donald Trump has been determined to support the energy sector ravaged by oil prices and falling demand, putting pressure on Opec members to agree to cut production.

At home, the Trump administration instructed the Strategic Petroleum Reserves to be filled to the maximum of its 30 million barrels capacity to “alleviate financial hardship” on the energy sector.  The Department of Energy said it intended to make an additional 47 million barrels of storage capacity available.

The Covid-19 bill clocked up a gigantic $2 trillion to help workers and industries impacted by the pandemic.

It includes $61bn in relief for airlines, including $50bn  for passenger airlines, split evenly between loans and grants to pay employees, and $8bn for air cargo carriers.

The bill includes $17bn for companies deemed critical in maintaining US national security – largely set aside for one company, Boeing, which was already under pressure over two deadly crashes before the pandemic.

Solar and wind power businesses did not get the access to tax credits they had sought under the package. Right-wing US organisations lobbied against proposed tax incentives for green programmes. “Climate change is not an immediate threat to humanity,” they wrote.

Oil and gas companies do not directly qualify for economic support under the bill.

Elsewhere, the Environmental Protection Agency (EPA) announced a sweeping relaxation of environmental rules in response to the pandemic. This follows lobbying from the American Petroleum Institute.

Provinces across China have taken measures to keep people in work and prop up small businesses but nationwide relief measures have been on a much smaller scale than in other major economies.

As the number of new reported cases in China came closer to zero, five new coal-fired power plants totalling 7,960 MW were approved for construction between 1 and 18 March – more than than the total for 2019 which saw the approval of 6,310MW, according to Global Energy Monitor.

Coal consumption has bounced back in China in recent years and the amount of coal power capacity under development increased even before the Covid-19 outbreak.

At the end of February, provinces gave the green light to 34GW of new coal power, despite existing overcapacity. It is not yet clear if all the new approved plants will be built.

While early indications suggest Chinese officials could be turning towards heavy-industries to reboot the economy, Beijing is also considering “new infrastructure” investments such as 5G, high-speed railways and electric vehicle charging points as part of the recovery efforts.

Environmental supervision of firms could be simplified and in some circumstances temporarily suspended to help companies resume production, according to an official from the ministry of environment.

The package includes tax breaks for hardest-hit sectors including air transport and tourism and the expansion of subsidised loans to businesses.

The collapse of the price of oil, Russia’s main export, has left the economy particularly vulnerable. The government is aiming to subsidise the shortfall in oil revenue. Mishustin said the central bank would compensate the currency market if the price of Urals oil dropped below $25 per barrel.

The mechanism has previously been used to compensate oil companies for the shortfall in export revenue when oil was sold domestically below global prices. “It should now also compensate for the decrease in federal budget revenue,” Mishustin said.

Despite the contraction in oil demand and continued cheap supply, Mishustin insisted the Russian oil industry was prepared for volatility.

The province of Alberta, home to extensive tar sands extraction, has been leading Canada’s bailout of the oil and gas sector.

The provincial government handed out tax relief measures for its struggling industry, suspending fees collected by the industry regulator to the tune of $79 million.

Meanwhile, the Business Council of Alberta and oil and gas companies have demanded the federal government postpone a planned increase of the carbon tax and the Canadian Association of Petroleum Producers lobbied for a suspension of nationwide environmental rules.

However the Trudeau administration chose relief measures with an environmental slant.

On 17 April, Justin Trudeau announced $1.2bn to clean up orphan and inactive oil and gas wells in Alberta, Saskatchewan, and British Columbia to maintain jobs.

As part of its response to the pandemic, the Canadian government significantly extended the scope of EDC’s work.

Under the new rules, EDC will be able to support transactions domestically as well as abroad. The agency’s liability limit, previously capped at $32 billion, has also been lifted.

EDC has a record of supporting Canada’s oil and gas sector export abroad. It provided an average $10.6 billion a year to oil and gas projects from 2016 to 2018, according to Oil Change International.

The Canada Account, which supports export transactions deemed of national interest including the Trans-Mountain pipeline, is also benefiting from the liability cap lift.

The government also waived ground lease rents for 21 airports authorities until the end of the year as part of a support package for air travel.

The federal government is pushing for the expansion of coal mines to keep people in work during the coronavirus-induced economic slowdown.

Resources Minister Keith Pitt said the expansion of Acland thermal coal mine, in Queensland, was “even more” more important now the coronavirus pandemic is hammering the economy.

The Queensland government has so far refused to approve the expansion despite pressure from mine operator New Hope, which is expected to exhaust coal reserves by September.

In South Australia, the government suspended exploration and licence fees for the mining, oil and gas sectors. The relief will extend the licence fee deadline to 31 December.

The UK government is resisting calls from the aviation sector for a bespoke bailout package.

Iata has also been pushing regulators to relax rules so airlines can issue travel vouchers instead of refunds, allowing for a surge of passengers when travel restrictions are lifted.

In a letter to airlines and airport executives, UK chancellor Rishi Sunak said bespoke government support would only be available as “a last resort” and after companies had exhausted other funding options, such as raising money from shareholders.

But on 6 April, British low-cost airline group EasyJet received a $737 million loan from the UK government after warning it was running out of cash – although it managed to pay £60 million in dividends to its largest shareholder.

Despite strong commitments to climate action, the Bank of England has allowed the debt of BP, Shell and Total’s subsidiary companies to be eligible for support under the banks’ boosted corporate bond purchase scheme.

EU member states have agreed that the union’s response to the pandemic must be aligned with the green transition and its European Green Deal.

Writing in Climate Home News, 17 environment ministers called for the Green Deal and its carbon neutrality goal to provide the pathway for economic recovery. But across the union, carbon-intensive sectors are still benefiting from relief.

The European Central Bank rolled-out a €870 billion ($781bn) emergency bond-buying programme to stabilise the euro zone economy until the end of the year – the equivalent of 7.3% of the euro area’s GDP.

Loan guarantees have been made available in Sweden. Belgium deferred concession fee payments for its major airports. The French and Dutch governments are in talks with Air-France KLM for state support. Germany is also in talks with Lufthansa to provide state aid with loans and equity investments.

In Austria, the government is also in talks with Lufthansa, the parent company of Austrian Airlines, to provide state aid for the airline only if the money supports emissions cuts.

Meanwhile in France, the National Assembly has approved a $21.4bn package to rescue its strategic industries, largely focused on aviation and automobile majors such as Airbus, AirFrance and Renault.

The text requires recipient companies to include social and environmental objectives in their business models in line with the Paris Agreement, but gives no further conditions.

Environmental NGOs have accused the government of writing “a blank cheque” to some of the country’ largest polluters.

The automotive sector is also lobbying for the union to drop a tightening of CO2 regulations aimed at raising fuel efficiency. “This not the time to think about further tightening of the CO2 regulation,” VDA president Hildegard Müller told the Süddeutsche Zeitung.

India’s minister of petroleum and natural gas Dharmendra Pradhan struck a deal with the Abu Dhabi National Oil Company (Adnoc) to deliver more cooking gas supplies as part of a scheme to support women living below the poverty line.

Pradhan said he had given Adnoc its assurances India would buy crude oil from the company to replenish the country’s strategic petroleum reserves.

The Brazilian government has opened negotiations on an emergency loan package for energy distributors, according to Reuters.

The government has also postponed all electricity auctions in 2020, including for renewable and green power. Experts say this could benefit the country’s natural gas plants, which will become more competitive in the next auction rounds.

The Argentinian government has pledged an additional $100 billion for public work investments for road works, construction and large infrastructure projects.

Argentinian newspaper Perfil reported the government had entered negotiations with oil-producing provinces and companies to reinstate a support price per barrel to halt a production collapse.

Despite plans for a Green New Deal and an objective to reach net zero emissions by 2050, the government is opening an $825 million emergency credit line to the country’s biggest coal plant manufacturer, Doosan Heavy Industries & Construction Co.

Environmental groups are seeking an injunction against the bailout, seeking to make the relief contingent on the company’s transition away from coal.