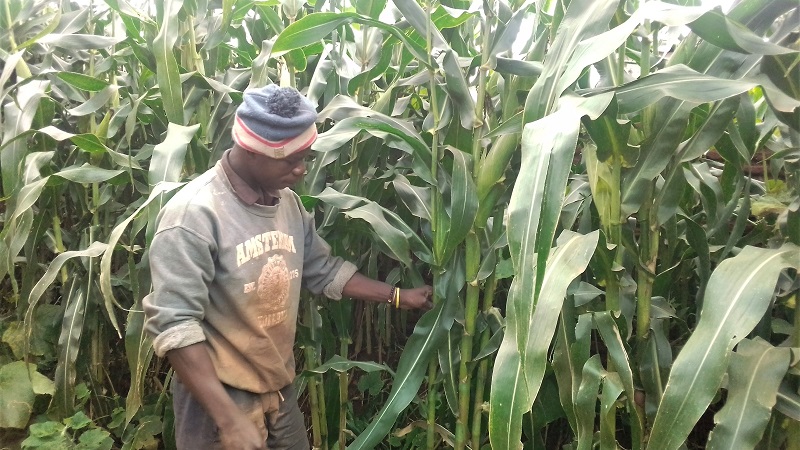 The farmers at Neno district in southern Malawi are happy with the impact of the ‘magic liquid’ on their crops – especially as the fertiliser comes from a free, readily available and renewable source.

The subsistence farmers and their families collect the urine they pass – most even keep a plastic vessel in their bedroom for use at night – and store it in containers where it matures and turns into a fertiliser worth about $0.47 a litre, cheaper than chemical rivals.

The system is a shift from the use of pit latrines where the urine seeps away into the ground.

Malawi has a largely agricultural economy, with more than 80% of its population in rural areas and earning a living through subsistence, rain-fed crops including maize, sorghum, pulses and millet. The country is the sixth poorest in the world.

In a bid to improve agricultural productivity among subsistence farmers, the government of Malawi has since 2005 been implementing the Farm Input Subsidy Programme (FISP), which has been lauded for increasing maize yields and rural incomes.

The programme, which targets around one million of the country’s 11 million smallholder farmers, has cost 288.9 billion kwacha ($393.6 million). However, despite this expenditure, the programme has not necessarily empowered subsistence farmers, as year in and year out they seek relief from government due to hunger as a result of unpredictable weather patterns.

High population growth, deforestation and erosion make the economy especially vulnerable to worsening climate change. The impact of erratic rains, prolonged dry spells and severe floods has been aggravated by a lack of agricultural resources, including fertilisers.

While farmers face many challenges, the biggest cause of crop failure is low rainfall and low nutrients in the soil. Maize, the country’s staple crop, demands lots of nutrients, and growing the plant without fertilisers is difficult.

A study by the International Food Policy Research Institute found that while subsidising fertiliser prices increases use, yields, and household income, it discourages use of organic-based materials and methods to maintain soil fertility. 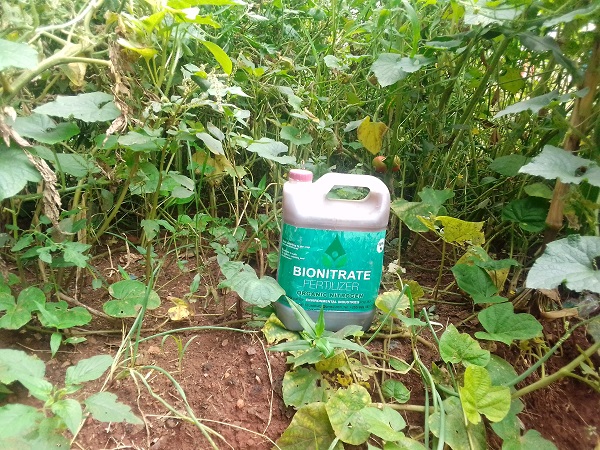 Folopenzi said the introduction of Bionitrate fertiliser, which is made by maturing human urine in plastic containers, has helped farmers amid the ever-rising costs.

“We can’t grow crops without applying fertilisers as we used to some fifteen years ago. The soil has over the years lost its fertility and growing crops without fertiliser results in bad harvest and hunger,” said Folopenzi.

“This [Bionitrate] fertiliser is very good and we are excited that we can also save a lot of money if we can produce our own fertiliser from the urine we can collect at home,” he said.

Sabawo Chikuni, another farmer from Neno, was previously worried the Bionitrate fertiliser was unhygienic and could be infected with parasites. But having seen its effects, he now plans to use the fertiliser in the winter cropping season.

“I previously had negative feelings on the use of human urine on crops. I felt like this could not be a better alternative to chemical fertilisers. But looking at how the maize in the gardens of farmers that are using this fertiliser has grown, I believe government could be doing us justice if it promoted this fertiliser,” he said.

Bionitrate fertiliser is being championed by Environmental Industries, a private non-profit company that has been working with different local and international organisations in Malawi to promote the use of biotechnology and produce fertilisers which are economically sustainable, environmentally friendly, and safe to use.

Goodfellow Phiri, director at Environmental Industries, said Bionitrate fertilisers are safe to use and do not pose any health hazards, despite health and ethical questions raised by some farmers.

He told Climate Home News that before the urine is turned into fertiliser, it ages and the chemical processes in the urine turn it from an acid to an alkaline, making the product very salty and not habitable for germs.

“In the alkaline state, the PH is beyond seven and the product is salty. In this salty state, all the germs are dead and the fertiliser is odorless and free from germs. However, if mishandled during use, it can be contaminated,” said Phiri.

The fertiliser also helps conserve the soil by raising its PH through its chemical composition, giving it the same effect as agricultural lime on acidic soils. 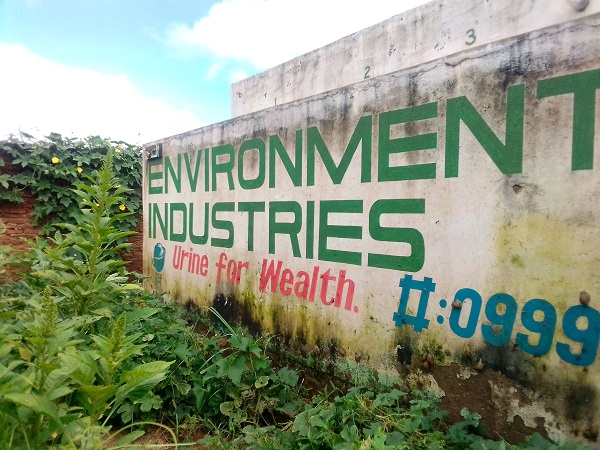 Phiri said the company was currently training farmers on how to process their own urine rather than buy the liquid.

“Our goal is to train farmers on how to construct urine harvesters which can enable them to collect enough urine which they can turn into Bionitrate fertiliser. This is the only way we can make the farmers self-reliant as the cost of fertiliser keeps rising,” he said.

Apart from harvesting urine for fertiliser production, the farmers can create business opportunities by constructing public urine harvesting toilets, which they could charge to use, he said.

“We are training farmers on how they can get maximum results from this natural fertiliser. However, the challenge that we are currently facing is low adoption because of mindset change towards fertilisers made from human waste,” he said, before adding that demand for Bionitrate fertiliser was steadily rising among subsistence farmers.

Environmental Industries has been working with the Global Environment Facility (GEF) and several non-governmental organisations. It is currently cooperating with the government of Malawi and seed companies to popularise Bionitrate fertiliser across the country.

“This is the right path for Malawi to follow, as the 42 billion Kwacha we spend annually on the Farm Input Subsidy Programme is too much considering that it only benefits one million farmers out of the 11 million active farmers,” said Phiri.

“We have been doing a trial of the effectiveness of the Bionitrate fertiliser and we have observed that the farmers that have been using it are having the same crops as those that have applied chemical fertilisers like calcium ammonium nitrate and nitrogen phosphorus and potassium,” said Dzumani.

For the farmers using Bionitrate, they have found an effective, cheap, way to sustain their crops.

And it all starts with a plastic pot by the bed.