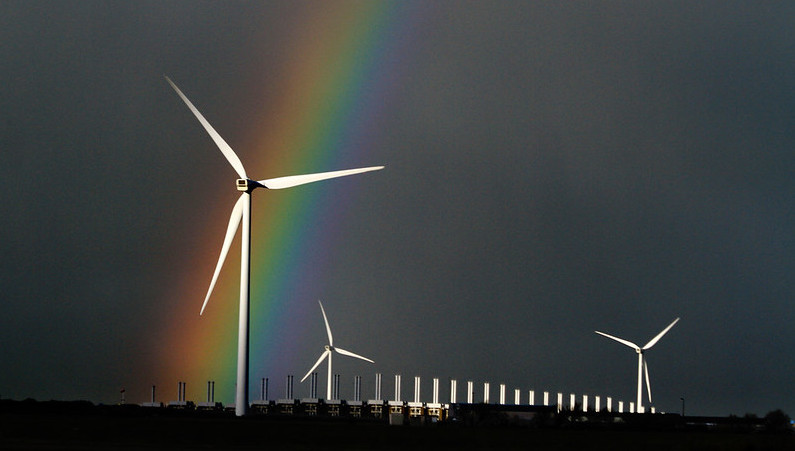 The Netherlands is under pressure to slash emissions in sectors such as power generation and agriculture in 2020 after a ruling by a top court made the government a reluctant ‘test case’ for tougher global climate policies.

The government of conservative Prime Minister Mark Rutte is working out new measures after the Dutch Supreme Court in December ordered it to cut greenhouse gas emissions by 25% by the end of 2020, compared with 1990 levels, as its fair share to combat climate change.

It is a daunting task – latest official figures showed only a 15% drop on 1990 levels by the end of 2018, meaning sharp cuts will be needed in an economy where major emission sources are manufacturing, energy generation, transport and agriculture.

The case marked the end of a six-year legal battle by the non-profit Urgenda Foundation and was seen as a landmark moment for climate justice. UN special rapporteur on human rights and the environment David Boyd called it the “most important climate change court decision in the world so far”.

The Supreme Court stressed that the Dutch government and parliament had a great deal of freedom to choose how to meet the 2020 goal. At 12 tonnes of CO2 equivalent per person in 2017, Dutch emissions per capita are one of the highest in the EU and have barely fallen over the past decade.

“It really is a test case for very rapid emission reductions,” said Christiana Figueres, an architect of the 2015 Paris Agreement and former head of the UN climate change secretariat. “Of course the Netherlands is actually quite vulnerable because quite a lot of the territory is below sea level. This is in their interest to do so.”

Figueres said other governments will be watching, even if they are not under the same legal pressure, because they are likely to have to take similar radical action if they are serious about limiting global temperature rise to 1.5C – the tougher goal of the Paris Agreement.

According to UN Environment’s latest emissions gap report, this will require unprecedented global greenhouse gas cuts of 7.6% a year over the next decade. World emissions have risen in most of the recent years.

The Netherlands has produced a more ambitious carbon plan for 2030 and recently passed a law to end all coal power generation by that date. But these will not help it meet the 2020 deadline.

And the Dutch government has been tight-lipped about extra plans so far. In a letter dated 31 January, economic affairs and climate minister Eric Wiebes said the cabinet would continue to work on emission-cutting measures while ministers met with Urgenda director Marjan Minnesma in February to discuss options.

When asked to comment, the government said it “keeps developing measures to reduce greenhouse gases emissions” and would regularly inform parliament about them. A more detailed update is expected in March.

With about 10 months to go, , a member of Urgenda’s legal counsel, still believes the goal is realistic.

“The unfortunate thing is they postponed [it] for too long. They could have started in 2015…. But if they look seriously at the list of measures we provided to them they can do this,” he said.

Urgenda and around 800 stakeholders have produced a set of actions they believe would effectively close the gap between forecast emissions and the 2020 target. These include shrinking the livestock sector, making industrial electricity generation more efficient and managing forests sustainably.

They also recommend shutting the country’s remaining three large coal plants, which opened in 2015 and 2016, ahead of schedule. This could be problematic because the plants’ operators – Germany energy companies Uniper and RWE – have threatened legal action if they do not receive adequate compensation for early closure.

Van Berkel noted that the government had not discounted any options yet. In fact, last year, it made the unpopular move of reducing national road speed limits in response to a separate court decision on nitrogen oxide emissions.

“The same government that increased the maximum speed and promoted it as one of its national achievements… now lowered the maximum speed. It shows that if you really want to you can do things that have never been done before,” he said.

But Richard Tol, professor of the economics of climate change at the Vrije Universiteit Amsterdam, said it is “highly unlikely” that the Netherlands will rise to the challenge, saying a 10% emissions reduction by the end of 2020 would “require shutting down a substantial part of the economy”.

Tol has contributed to reports by the Intergovernmental Panel on Climate Change but has also been accused of underplaying climate change’s physical and economic impacts. He pulled out of an IPCC report writing team in 2014, calling the draft “alarmist”.

Public opinion in the Netherlands will undoubtedly play an important role. Van Berkel said the initial 2015 judgment “really changed the political debate” in the Netherlands and made it more difficult for the government to avoid action.

But recent months have also seen a backlash from farmers opposed to policies aimed at cutting agricultural nitrogen oxide emissions.

The Urgenda decision has also made waves in the wider climate litigation field.

As well as confirming the state’s obligation to cut emissions urgently, it was the first time any court in the world ruled that a government had explicit duties to protect its citizens’ human rights in the face of climate change.

Last week, Friends of the Irish Environment (FIE) announced their challenge to the Irish government’s 2017 National Mitigation Plan would be heard in the Supreme Court of Ireland. It is only the second case in the world to reach this point.

Stijn Franken, partner at law firm NautaDutilh, which represented Urgenda, said it is unclear what would happen if the Netherlands failed to meet the 2020 target as there are no legal precedents.

But a recent ruling by the EU’s Court of Justice suggests the court may have powers to fine the government for inaction if follow-up legal action is taken.

Campaigners are keen to keep a positive face on the situation. Van Berkel pointed out that, to date, the Dutch government has always complied with court rulings.

“That’s the precedent. The extraordinary thing would be if the government doesn’t do that. If you stop playing by the rules of the game then you have bigger problems.”