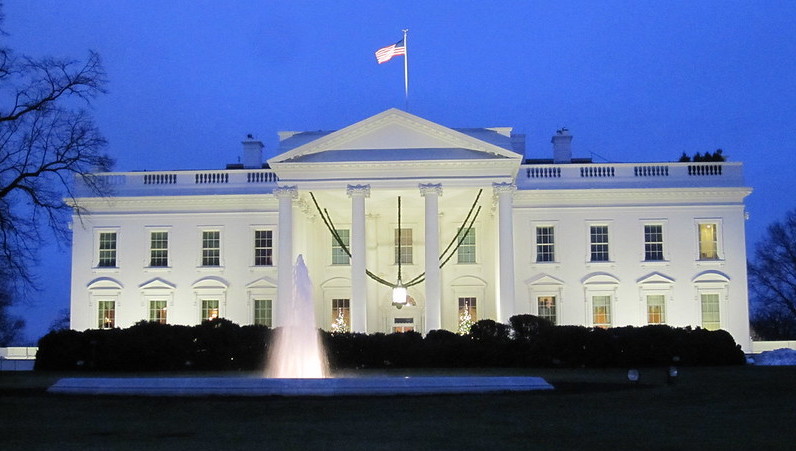 Democratic hopefuls have all pledged to rejoin the Paris Agreement if victorious in November's election (Photo: Tom Lodham/Flickr)

Democratic contenders for the US presidency all plan immediately to rejoin the 2015 Paris climate agreement if they defeat Donald Trump in November and are promising varying plans to achieve net zero emissions.

Results of the Iowa Democratic presidential caucus on Monday have been delayed by inconsistencies in reporting the data.

The US will formally leave the 2015 Paris Agreement on 4 November 2020 after Trump decided to withdraw. Formally rejoining the climate accord would take a just month.

Policies by leading candidates in Iowa, based on their published plans:

Sanders aims for “100% renewable energy for electricity and transportation by no later than 2030 and complete decarbonisation of the economy by 2050 at latest”.

His foresees creation of  20 million jobs, including in renewable power, steel, construction, energy efficiency retrofitting, sustainable agriculture. He says he would “directly invest a historic $16.3 trillion public investment toward these efforts, in line with the mobilisation of resources made during the New Deal and WWII”.

He would declare climate change a “national emergency”.

Sanders, accusing the fossil fuel industry of “greed”, says he would make it pay for pollution and prosecute it “for the damage it has caused”.

Sanders would “commit to reducing emissions throughout the world, including providing $200 billion to the Green Climate Fund, rejoining the Paris Agreement, and reasserting the US’ leadership in the global fight against climate change”.

Sanders says the policies would help slash emissions both at home and abroad. “We will reduce domestic emissions by at least 71% by 2030,” he says, and help developing nations make deep emissions cuts.

He says he would “ensure the US achieves a 100% clean energy economy and reaches net-zero emissions no later than 2050”.

The “Green New Deal is a crucial framework for meeting the climate challenges we face”.

On his first day in office he plans to go beyond the platform he shared, as vice president, with former President Barack Obama by signing executive orders on clean energy and environmental justice. Under the Paris Agreement, Obama pledged cuts in greenhouse gases of 26-28% by 2025, below 2005 levels.

Biden says his climate and environmental justice proposal will make a federal investment of $1.7 trillion over the next ten years, leveraging additional private sector and state and local investments to total to more than $5 trillion.

Biden says he “will go much further” than just recommitting the US to the Paris Agreement. Biden “will lead an effort to get every major country to ramp up the ambition of their domestic climate targets”.

He will make sure those commitments are “transparent and enforceable, and stop countries from cheating by using America’s economic leverage and power of example,” his campaign says. Climate change would be integrated into trade, national security and foreign policies.

“We aspire to make our society a net-zero emissions one no later than 2050, working aggressively toward immediate targets,” Buttigieg says.

By 2040, require net-zero emissions for all new heavy-duty vehicles, buses, rail, ships, and aircraft and develop a thriving carbon removal industry. By 2050, achieve net-zero emissions from industry, including steel and concrete, manufacturing, and agriculture sectors.

He would “enact a price on carbon and use the revenue to send rebates to Americans”.

“We will take the steps necessary to rejoin the Paris Agreement on the first day in office and make clear to the world that we are ‘back in, and all in’,” he says.

Buttigieg says he would mobilise support for climate change mitigation and adaptation in developing nations, including “doubling” the US pledge to the Green Climate Fund (GCF). Trump cut off contributions to the GCF after Obama pledged an initial $3 billion. Part of the plan would be to “redevelop bilateral and multilateral relationships on climate change and clean energy with nations like China and India”.

Warren was an original co-sponsor of a Green New Deal proposed by Senator Ed Markey and representative Alexandria Ocasio-Cortez, committing to a 10-year drive to achieve domestic net-zero emissions by 2030.

Her website says “independent economists have estimated that Elizabeth’s plans to address the climate crisis will inject over $10 trillion dollars into our economy and create over 10 million new jobs”.

Among goals, “by 2035, we will achieve 100% clean, renewable, and zero-emission energy in electricity generation. By 2030, we’ll reach 100% zero emissions for all new light-duty passenger vehicles, medium-duty trucks, and all buses. By 2028, we’ll attain 100% zero-carbon pollution for all new commercial and residential buildings.”

Warren plans to sign an executive order on her first day as president imposing a moratorium on all new fossil fuel leases, including for drilling offshore and on public lands.

She says a “Green Marshall Plan” will provide American-made clean energy technology to countries that need it most. “She’ll commit $100 billion over ten years to offer discounts to countries hardest hit by the climate crisis, or as an incentive for regulatory changes that further reduce emissions,” her website says.

Countries will be required to join the Paris Climate Agreement – 187 of 197 nations have so far ratified the deal – and eliminate domestic fuel subsidies as a precondition for entering trade negotiations with the US.

“In her first 100 days as President, Senator Klobuchar will introduce and work with Congress to pass sweeping legislation that will put our country on a path to achieving 100% net-zero emissions no later than 2050,” her plan says.

She would revive the Obama-era Clean Power Plan for cutting emissions and “will negotiate even stronger emissions standards that account for the progress states have already made”.

Among other measures, she would toughen fuel economy standards, and set “ambitious goals” to reduce the carbon footprint of the federal government. Klobuchar has proposed a $1 trillion infrastructure package that will modernise aging energy infrastructure.

She would work to get back into the Paris Agreement “on day one” as part of a goal to “reestablish US international leadership on climate”.

Klobuchar “will work with international leaders to build consensus around stronger goals to limit global warming to no more than 2.7 degrees Fahrenheit” (1.5 degrees Celsius)”.

She would also seek to “establish meaningful enforcement of international climate goals.”

That would mean “making accountability for climate commitments a central part of our international agenda, taking on China’s efforts to promote dirty energy sources in other countries, and considering climate goals in all types of international assistance”.