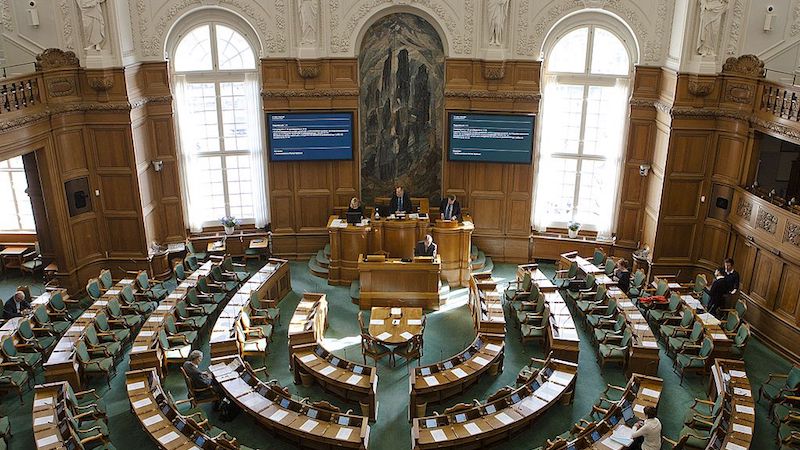 Denmark’s parliament adopted a new climate law on Friday, committing to reach 70% below its 1990 emissions in the next eleven years.

The law targets carbon neutrality by 2050 and includes a robust monitoring system. New legally-binding targets will be set every five years, with a ten-year perspective. The first of these will be set in 2020.

In what the government claims is a first for a national legislature, the new law also has a commitment to climate engagement internationally. This includes an ongoing obligation to deliver on international agreements, including climate finance to developing countries.

Negotiations on the climate act began last September after a left-wing coalition, led by Mette Frederiksen’s Social Democrats won power in June and made climate action one of its highest priorities.

Dan Jørgensen, Denmark’s climate and energy minister, said the process has been “difficult” to get through but that it was important to secure a broad majority for the law.

“It has been crucial for the government that the climate law cannot just be annulled by a less ambitious government in the future,” he said in a statement.

“Today we celebrate,” said Birgitte Qvist-Sørensen, secretary general of DanChurchAid. “Denmark has now an ambitious climate law that sets a clear direction for Denmark’s green transition in the future. The climate law also sends an important signal to the rest of the world that Denmark is stepping-up its efforts to stop climate change before it is to late.”

The government will be required to produce a climate programme each year to show what it is doing to achieve its goals. A climate council will produce annual assessments on progress and make recommendations for further action.

The news comes as countries meeting at the UN climate talks in Madrid continue to squabble over the last technicalities of how the Paris Agreement should work in practice.

In depth: The EU’s plan to become the first climate-neutral continent

Speaking at the beginning of the talks on Monday, UN secretary general Antonio Guterres urged countries to ”substantially increase” their targets.

All governments should be ready to commit now to reviewing their climate pledges to “defeat the climate emergency”, he said. “Ambition in mitigation, ambition in adaptation, and ambition in finance.”

It also comes ahead of a crucial week in the EU, where leaders will meet to discuss whether to adopt a net zero target for the continent.

(Story corrected on 31/01/20 to attribute DanChurchAid quote to Birgitte Qvist-Sørensen, not Mattias Söderberg)