Politicians, citizens and experts meet to discuss how and why France must invest more heavily in climate adaptation after report warns of major national impacts 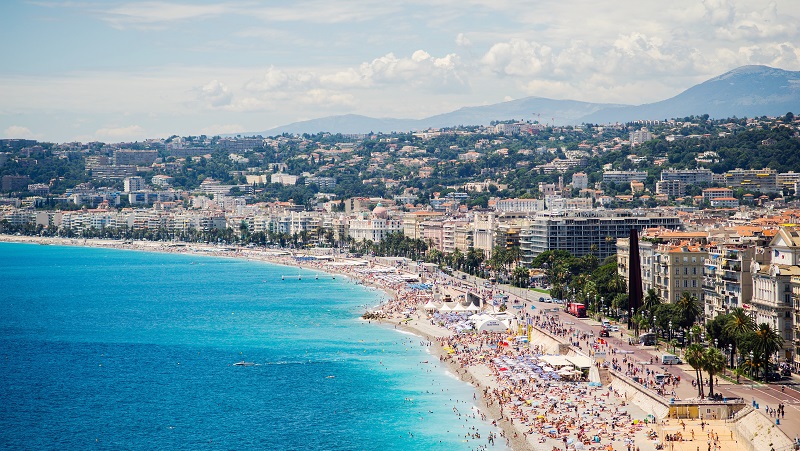 French senators and deputies recently met to discuss the country’s adaptation to a rapidly warming climate, months after a report warned France was ill-prepared to face the “inevitable climate shock”.

The 31 October meeting was the first time representatives of both houses met to discuss adaptation. At the conference, politicians, climate experts, farmers, activists and regular citizens expressed concern that policymakers were not doing enough to prepare for the impacts of climate change.

According to a report published by France’s Senate in June, 2C of warming above pre-industrial levels could deal a profound blow to France by 2050.

The report claims heatwaves are set to strike more often and longer, and wildfires – a phenomenon only experienced in the Mediterranean region – could unfurl across the whole country several weeks a year from 2060.

Drier soil will also make it significantly harder to grow food, while sea level rise threatens to engulf the coast, ski-stations in the Alps and Pyrenees will fall prey to disrepair and Asian tiger mosquitos carrying tropical diseases could rear their heads, it said.

The report warned some regions would have it harder than others, with touristic regions in the mountains or on the coast particularly vulnerable.

“Change is here and it will accelerate,” transport minister Elisabeth Borne said.

“Only this summer our country experienced two intense heat waves. They deeply disrupted our collective and individual lives. I am thinking of the postponed national exams, of the slowed down trains, of the cancelled sports events. Electricity production was also disrupted.”

“Nowadays we speak of these events as ‘extreme’. Unfortunately, they will become less and less exceptional,” she said.

Both the report’s commissioner, senator Ronan Dantec, and Frédérique Tufnell, a deputy for the Charente-Maritime region, called on the national assembly and senate to hold a debate on the country’s strategy to adapt to the climate crisis.

Bruno Charles, vice-president of Lyon, said France had yet to develop “a common culture around what climate change means for a 2000-year-old town like ours. We’re proud to be part of the Unesco heritage list – though in 100 years, living conditions will have been turned upside down.”

“How will five century-old buildings fare in the face of 50 days of heatwaves at 50 degrees?” he asked. “How do you create social housing in the knowledge that there’ll be summers at 50 degrees during 60 days? How do you get around in a town where the asphalt is melting?”

Despite two national adaptation plans in 2011 and 2018, the country has so far failed to come up with an adequate adaptation strategy, participants agreed.

Charles slammed a general lack of political willpower to address the looming problems. “We have a generation of mayors and presidents who were born before the awareness of climate change and think that technical solutions will fix things,” he lamented.

Vivian Despoues, chief strategist at the Institute for Climate Economics (I4CE), pointed to the record rush to buy fans and air conditioners in June as evidence that the country was ill-prepared for heat waves.

Other participants pointed to instances where the impacts of climate change were not being factored into decision-making.

“Everything is great!” he said of the shuttle. “But as soon as it comes to talking about the low-cost economic model, we find ourselves in the company of politicians who are airport lobbyists. They’re not there to say: ‘Let’s imagine how can we reduce the airport in the years to come’.”

There was strong support to restore ecosystems to simultaneously cut emissions and adapt to climate change –  also called nature-based solutions – in the run-up to the International Union for Conservation of Nature’s World Conservation Congress, due to take place in Marseille in June 2020.

Sylvie Feuillette, a spokesperson for the water agency in Seine Normandie, said that something as a simple as restoring hedges on agricultural land could “improve soil quality, retain water, limit streams and dependency on pesticides”.

Deputy Tufnell, the commissioner of a January report on wetlands, likewise urged the country to protect these “lands of the future” that offer many benefits, including water filtration, carbon absorption, or buffer zones for flooding.

“Two-thirds of the wetlands [in France] disappeared during the 20th century,” she pointed out.