One of the last havens for Saharan wildlife, including the endangered addax or white antelope, is being cut in half as CNPC plans to expand drilling 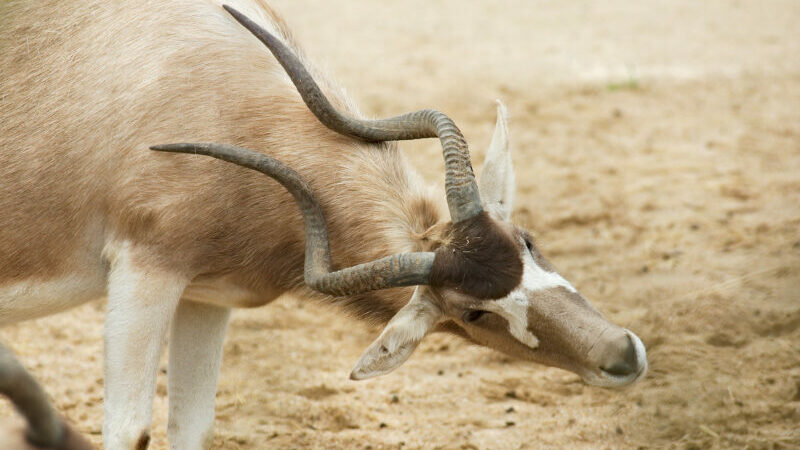 The government of Niger has announced plans to redraw the boundaries of one of Africa’s largest biodiversity reserves, in a push from China to exploit the region’s oil.

In a communique, Niger’s council of ministers said that parts of the Termit and Tin-Toumma nature reserve encroached on three oil blocs awarded to the state-owned China National Petroleum Corporation (CNPC) – one of the world’s largest oil companies – in a contract signed in June 2008.

Three times the size of Belgium, the reserve in eastern Niger is considered one of the last bastions of Saharan wildlife by Unesco because of its minimal human presence. The 100,000 square kilometre reserve was established in 2012.

Under the plans, areas of the reserve which overlap with CNPC’s oilfields will be declassified from their protected status to allow the company to expand its oil exploration activities.

Niger’s government also proposed to redraw the reserve’s boundaries, extending its limits to the west and north of the current protected site to maintain the size of its surface area.

Analysis: China is expanding its UN presence, in belt and road push

The move has been widely criticised by conservation campaigners at a time when China is set to host next year’s biodiversity talks – a meeting to deliver a global framework for plant and wildlife protection beyond 2020.

The reserve is the only place in the world known for its population of critically endangered addax – also known as the white antelope. In 2016, the International Union for Conservation of Nature warned that disturbances caused by CNPC’s oil installations had pushed the addax to the very knife-edge of extinction.

French NGO Noé, which manages the reserve on behalf of the Niger government, accused CNPC of putting pressure on officials to strip its oil blocks from the protected status.

In a statement, Noé said an area of 45,000 square kilometres – nearly half the size of the existing reserve – could be opened up for oil exploration. The government has earmarked areas to the west of the site to add to the reserve instead, but these “have no ecological interest”, the NGO said.

China’s state-owned energy companies are increasingly looking to Africa for overseas oil and gas investments and oil production is set to intensify in West Africa.

On Tuesday, CNPC signed a contract with neighbouring Benin to build and operate a crude oil pipeline to export Niger’s oil, Reuters reported.

The 1,980-kilometer pipeline from the Agadem oilfield in Niger – one of the three concessions overlapping with the Termit and Tin-Toumma reserve – to the port of Seme-Podji on Benin’s coast, is the biggest investment in a cross-border oil pipeline CNPC has made in Africa, the company said.

CNCP also owns Niger’s only oil refinery Zinder, in a joint venture with the government.

Niger and Benin signed an agreement in January this year for the construction of the pipeline. In a statement last month, Benin’s ministers said the project would turn the country “into a hub for exporting crude oil”.

China is the world’s top importer of crude oil with Africa accounting for more than a quarter of all oil and gas imports into the country.

Estimates by data consulting company Global Data released in June forecast China’s national energy companies to invest $15 billion of their upstream capital expenditure over the next five years into Africa – more than any other continent.