Swedish teen activist will cross the Atlantic in hurricane season by boat for a four-month tour of the Americas, rather than take a high-carbon flight 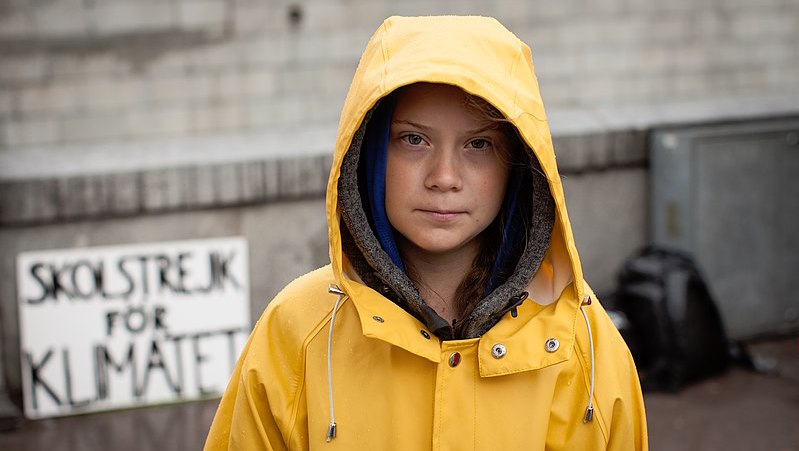 Greta Thunberg will sail across the Atlantic in the middle of hurricane season next month, to take a four-month climate tour of the Americas.

The 16-year-old Swedish activist, who has galvanised Europe’s youth to rise for the climate, will cross the pond from the UK to New York on a racing yacht to attend the climate action summit convened by UN chief António Guterres on 23 September.

The high-level meeting is a critical moment for governments to show increased ambition on climate action. Youth are to play a prominent role, with Guterres calling on young people to “revolutionise the world”.

After New York, where she will join climate demonstrations, Thunberg is expected to tour the US, Canada and Mexico before traveling to the UN climate talks in Santiago, Chile, which start on 2 December – taking a sabbatical year from school to dedicate herself to activism.

Refusing to fly because of the high levels of greenhouse gas emissions associated with air travel, Thunberg will go by sea on a 60-foot sailboat fitted with solar panels and underwater turbines that generate electricity. The aim is a zero carbon voyage.

Thunberg said she decided to make the trip because the “window of time when things are in our hands” to keep global temperature rise below 1.5C “is closing fast”. She warned world leaders had to listen to the voices of millions of young people concerned about the climate crisis.

“Together with many other young people across the Americas and the world, I will be there, even if the journey will be long and challenging,” she said.

Good news!
I’ll be joining the UN Climate Action Summit in New York, COP25 in Santiago and other events along the way.
I’ve been offered a ride on the 60ft racing boat Malizia II. We’ll be sailing across the Atlantic Ocean from the UK to NYC in mid August.#UniteBehindTheScience pic.twitter.com/9OH6mOEDce

The boat on which Thunberg will travel is called Malizia II and is owned by German property developer Gerhard Senft.

It is rented to Monaco Yacht Club and team Malizia’s co-founder Pierre Casiraghi, the grandson of Monaco’s Prince Rainier III and actress Grace Kelly, who will accompany Thunberg along with professional race skipper and captain Boris Herrmann.

Thunberg’s father Svante and a filmmaker will also be aboard. 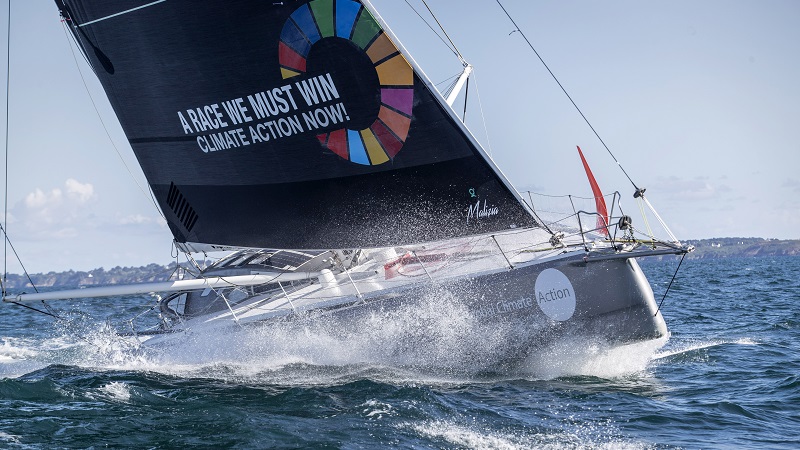 Greta Thunberg will sail across the Atlantic aboard the racing sailboat Milizia II (Photo: AndreasLindlahr)

A spokeswoman for team Malizia told Climate Home News: “We are doing the trip of our own accord because we strongly believe in Greta’s mission.”

In a statement, Herrmann praised Thunberg’s “courage” in speaking up about the climate crisis “in front of the most powerful people”. He said he was “not surprised that she considers this trip as something perfectly achievable for her” despite “the lack of comfort”.

Thunberg is due to set out from the UK shores mid-August and – depending on the weather – arrive in New York around two weeks later. It is hurricane season in the Atlantic, meaning the boat will be sailing against the wind and may meet rough weather. Forecasters anticipate about a dozen storms between June and November.

Aware of his responsibility, skipper Herrmann added: “We will make sure she will reach New York in the safest way possible.”

Since July 2018, the boat has been fitted with CO2 sensors to collect data on carbon in the oceans as well as the waters’ temperature, acidity and salinity levels.

The data is shared with Germany-based organisations the Max Planck Institute for Meteorology in Munich and the Geomar Helmholtz Centre for Ocean Research in Kiel to inform research.

Lucy Gilliam, aviation and shipping officer at NGO Transport & Environment, welcomed Thunberg’s decision to sail to the New York meeting, adding that many environmentalists remained “a little in denial over the impacts of flying”.

A transatlantic flight doubles the typical annual carbon footprint of a western European, she told CHN.

A keen sailor who has previously crossed the Atlantic, Gilliam warned it was likely to be a “difficult” and “pretty uncomfortable” voyage. “The faster you can get across, the better. It’s going to be full on. Good luck to them,” she said.

The International Civil Aviation Organisation (Icao) meets in Montreal a day after the UN’s climate action summit in New York. Icao has been criticised for setting weak climate targets for the sector and shrouding technical talks in secrecy.

Gilliam said she hoped Thunberg would seize the opportunity “to highlight the disparities between different UN bodies” on climate action.

It has not been revealed how Thunberg will travel home to Sweden after ending her Americas tour in Chile.