Unless objections from Saudi Arabia can be overcome by next week, a major scientific study may be sidelined in discussions on the Paris Agreement 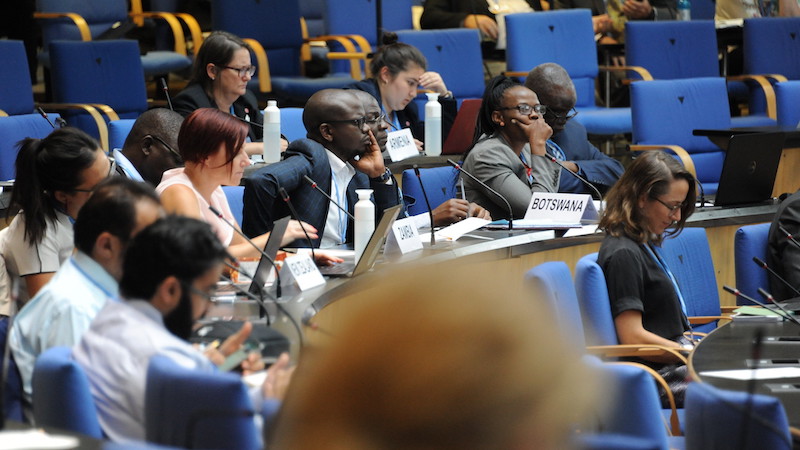 After pressure from Saudi Arabia, a major report on 1.5C faces being dropped from formal negotiations in the science stream of UN climate talks.

Discussions came to an impasse in December last year when Saudi Arabia, the US, Kuwait and Russia – four big oil producers – refused to endorse the findings from the Intergovernmental Panel on Climate Change (IPCC).

That continued this week as climate talks resumed in Bonn, Germany, with countries deadlocked over how to use the report to inform their plans to fulfil the Paris Agreement. Saudi Arabia raised concerns the report could become a permanent item on the UN climate agenda.

Under what diplomats called a “gentlemen’s agreement”, which was struck before the Bonn meeting opened, negotiators agreed to work on a compromise. They also agreed to conclude discussions by next Wednesday, regardless of whether they have reached firm conclusions.

The report, which provides evidence for what the world would look like under 1.5C of warming – the tougher target under the Paris Agreement demanded by vulnerable countries including small island states – has been hugely influential in shifting the narrative for urgent climate action.

But the terms of the deal could mean countries may “no longer have a dedicated space to discuss the findings of the report”, said Rueanna Haynes, a delegate for St Kitts and Nevis.

Haynes, who spoke passionately about the importance of formally recognising the report at a climate summit in Katowice, Poland, last December, said she hoped “this approach does not constitute a precedent” for future IPCC findings.

“If countries are not able to agree on welcoming the report’s findings or doing anything with them, it’s awkward,” said Carl Schleussner, head of climate science at the NGO Climate Analytics.

Carlos Fuller of Belize, the lead negotiator of the alliance of small island states, took part in the backroom dealmaking. He said the agreement would allow countries to discuss the substance of the report “without offending the other side”.

“We believe that it was more important that we got to work rather than have an agenda discussion that would last for a week or two,” he told Climate Home News.

Fuller was optimistic the deal would allow countries to reach an agreement before the talks end next week.

“This is not a debate about the report. The report stands on its own. It does not require us to rubber-stamp it,” he said. “Science should infuse everything aspect of the negotiations to reach the 1.5C goal”.

For Eddy Pérez, international policy analyst at Climate Action Network Canada, the compromise is a “risk” at a time when countries are considering strengthening their national contributions to the Paris Agreement.

“We need to make sure that we give the appropriate space for science to inform policy-making,” he said.

Besides reservations from Saudi Arabia and the US, discussions on the report have so far been constructive, according to Pérez. “This is allowing countries to express their views about the report and for some countries to say how they can use the findings to inform domestic policies,” he said.

The fact a compromise had to be found for the report to be discussed at all shows the limits of the consensus-based format of the negotiations, according to Jennifer Tollmann, policy advisor at think-tank E3G.

“This is a gentlemen’s deal that is not very gentlemanly,” she said. “It now puts the onus on countries to be creative and look for new spaces [inside the negotiation process] for the report to be discussed.”

Schleussner said the long-term impacts of the deal on the negotiation process would not become clear until the next climate meeting in Chile later this year. Some countries are already working to find other ways to incorporate discussion of the report.

A submission by Belize, Bhutan and Costa Rica on behalf of the alliance of small island states, least developed countries and Latin American and Caribbean countries proposes further exchanges and workshops between scientists and negotiators to help countries strengthen their understanding of the 1.5C goal and ramp-up ambition.