From contentious rules on carbon trading, through efforts to raise ambition to who will host next year’s summit, negotiators have a full agenda this fortnight 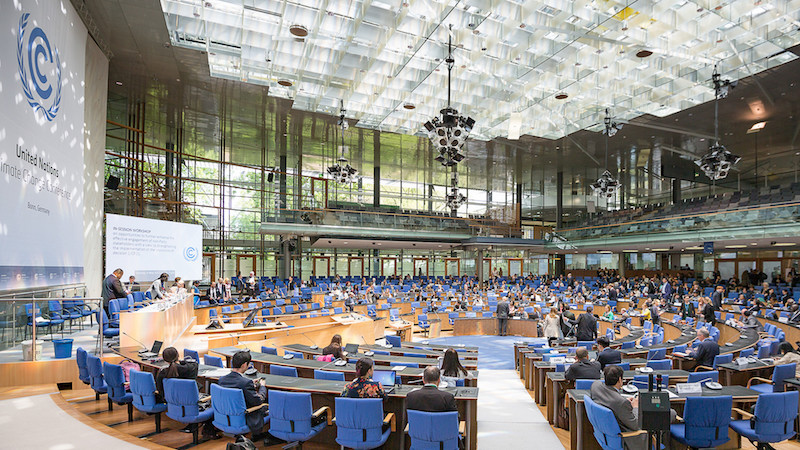 Climate talks resume this week in Bonn, Germany, with negotiators working to finalise the last contentious points of the rulebook for the Paris Agreement.

Governments are also under pressure to set out long term strategies and strengthen carbon-cutting policies ahead of a UN climate action summit convened by the UN chief Antonio Guterres in September.

UN climate chief Patricia Espinosa said much had changed since the last climate meeting in Poland and that “we are now literally in a climate emergency”. Speaking to reporters at the opening of the talks on Monday, she said countries needed to show “technical work and leadership”.

Following six months of worldwide street protests demanding action on climate change, there is extra scrutiny on the process. Here are five things to look out for.

The big technical challenge is defining the role of market mechanisms to reduce emissions globally. Article 6 of the Paris Agreement, which governs cross-border trade in carbon credits, was the only section of the rulebook to defy substantive agreement in Katowice last December.

UN climate chief Patricia Espinosa anticipated the negotiations to be “difficult”. There are deep divisions over how to stimulate investment in worthy projects without undermining the environmental integrity of the deal.

As always, finance will be a charged topic of discussion. Developed countries will be pressed to fulfill their commitment to mobilise $100 billion annually by 2020 to help developing countries reduce their emissions and adapt to climate impacts.

Discussions around the replenishment of the Green Climate Fund (GCF) and the fund’s future governance will form part of a wider finance discussion. Germany and Norway have already pledged to double their contributions, but other donor countries are holding out for reforms.

Espinosa called for a more coherent approach to climate finance. While there had been some positive announcements, she said they had been “all over the place” and it was time “to bring them together”.

Countries are due to update their national contributions to the Paris Agreement by 2020. Guterres has urged leaders to bring stronger climate plans to his September summit. The talks in Bonn are an opportunity for negotiators to build coalitions for action.

Yamide Dagnet, a senior associate at the World Resources Institute, said climate-related ministerial meetings taking place in and outside the UN process should not be considered in silos.

Ministerial meetings such as the G20 “must be aligned” with the need for more ambitious climate plans by 2020, she said. Dagnet added that countries could enhance their climate targets by looking at sectors of the economy that may have been left out of their initial plans.

It is a critical moment for loss and damage, the strand of talks concerned with impacts of climate change people cannot adapt to. The work plan for the next five years is due to be finalised in Chile in December.

Campaigners are demanding hard cash for poor communities losing lives, livelihoods and homes to climate change – something rich countries have dragged their feet on. A technical paper by the UN climate secretariat reviews and assesses existing sources of financial support.

The discussion takes place against a background of climate-linked disasters and extreme weather events, such as cyclone Idai in Mozambique and heatwaves in India, hitting the world’s most vulnerable.

The presidency of next year’s climate talk is due to be settled by the end of Bonn conference next week. The UK and Italy have long been tipped as the frontrunners to host the 2020 climate conference, a key moment for climate diplomacy.

British officials are expressing increasing confidence in winning the main event, potentially working with Italy to hold some preparatory meetings there. The Italians are keeping quiet.

While the UK faces heightened political uncertainty over Brexit and a leadership contest to replace Theresa May as prime minister, Italy’s populist coalition includes climate deniers and has been largely silent on the issue since forming a government last year.