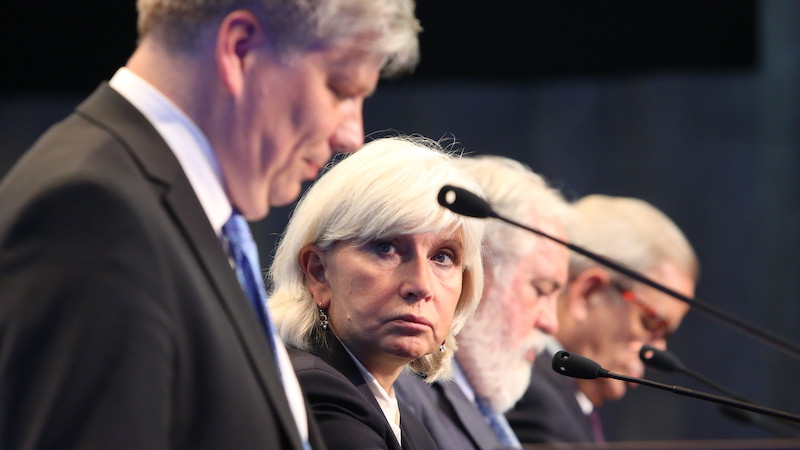 The head of an influential funding body is backing the establishment of an independent “referee” for bullying and harassment complaints in the climate movement.

Laurence Tubiana, who leads the European Climate Foundation (ECF), told Climate Home News a “safe space outside all the organisations” was needed for victims of abusive behaviour to raise concerns.

She was responding to revelations that Climate Action Network International (Can-I) had lapsed in its duty of care to staff. The network’s boss of six years, Wael Hmaidan, was fired in January after a workplace investigation corroborated allegations of sexual harassment and bullying against him. An investigation by CHN, released last week, found the board had ignored warning signs, before and after the suicide of Holly Borday, a former staffer.

Investigation: NGO ignored warnings about bullying boss, before and after tragedy

Tubiana described it as “heartbreaking… that we [the climate movement] did not react with the necessary speed”. Many small NGOs lack the capacity or independent channels to handle such matters appropriately, she said.

ECF staff are in preliminary discussions with partner organisations about appointing an ombudsman to advise on and investigate complaints from organisations across the international climate movement. This could be a retired lawyer or judge, Tubiana suggested.

Her foundation funds a broad range of climate change think tanks and campaign groups, including Can-I and several of its member organisations. Climate Home News also receives some assistance from the foundation.

The funder turned over €34 million ($38m) in 2017, according to its latest financial statement. Before joining as chief executive, Tubiana played a central role in French diplomacy leading to the 2015 Paris Agreement.

UN sustainable energy chief Rachel Kyte has also commented on lessons from the Can-I story, tweeting it was “critical” for the non-profit sector to “ensure professional standards of management and governance”.

The workplace investigation into Hmaidan identified “troubling” systemic issues at Can-I and recommended a range of reforms. These included the appointment of an outside HR expert to act as a contact point for staff.

A spokesperson for the Can-I board said they were reviewing the options and had set up several committees to address the concerns raised.