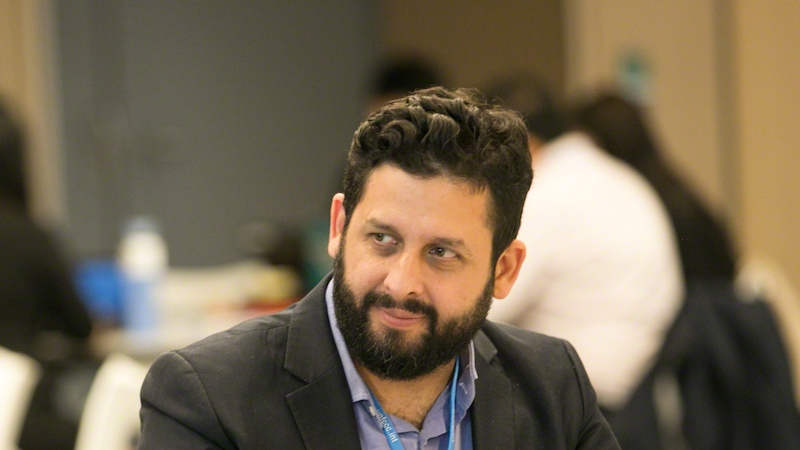 Wael Hmaidan has been sacked as leader of an influential climate campaign network, after an investigation found he had bullied and harassed staff, particularly women.

The board of Climate Action Network International (Can-I) revealed its decision in a statement on its website on Friday and apologised to staff who experienced “unacceptable behaviour”. Hmaidan did not respond to a request for comment.

A six week investigation found “a preponderance of evidence that Mr Hmaidan violated Can’s anti-harassment and anti-bullying policies, through engaging in the following behaviour: bullying, objectification of women, misuse of power, inequitable treatment of women, inappropriate touching and unwelcome advances and propositions, and behaviour generally unbecoming of an organisational leader”, the organisation said on Friday.

Can-I has a modest secretariat of 20-30 staff but wields huge influence through its network of more than 1,000 member NGOs worldwide. It coordinates campaigns, channels funding and liaises with power brokers in politics and business. Hmaidan was its figurehead and at the centre of its political activities.

A series of complaints against Hmaidan were raised in November 2018, following an emotional appeal by Robert Borday, father of Holly Borday, who took her own life after a period working in Hmaidan’s office at Can-I.

In an open letter to “the climate movement”, the grieving father wrote that “cruelty she faced at work” sent Borday spiralling into a depression she never recovered from. He urged others to speak out if they had had similar experiences.

This prompted three letters from staff, detailing allegations against Hmaidan and lapses in Can-I’s duty of care. The board directed consultancy Insource Services to carry out an independent investigation.

As well as gathering evidence on Hmaidan, the investigation identified systemic failings at Can-I and recommended reviewing several aspects of its governance. In its statement, the board did not link the death of Borday to the findings about Hmaidan.

The board apologised for its part, writing: “CAN should be an organisation with a respectful, safe and healthy work environment which does not tolerate any forms of bullying and sexual and other types of harassment. We regret that this was not the experience for all staff members of CAN International, and that appropriate mechanisms and actions to address inappropriate behaviour had not sufficiently been put in place previously. For this, we are truly sorry.

“The Board wants to thank those individuals who participated in the investigation and voluntarily came forward to share their experiences. We understand how difficult this is and applaud them for their courage, strength, and commitment to improving our network.”

It added: “We aim to emerge from this crisis as a healthier and more professional organisation which protects its staff and other individuals within the network, giving ourselves the strongest possible basis to fight the climate crisis in light of the growing urgency to act.”

The board is taking “immediate and necessary steps to identify new leadership” for the organisation, it said.

In a statement sent to participants in the investigation on Friday, the board further detailed some measures it was taking to address institutional weaknesses. It has nominated two focal points on the board for bullying and harassment matters and established sub-committees for human resources and governance matters to propose solutions, in consultation with the network.