Sandiaga Uno may have personally benefited from payments made by one of Indonesia’s biggest coal miners to an offshore firm he owned, Global Witness says 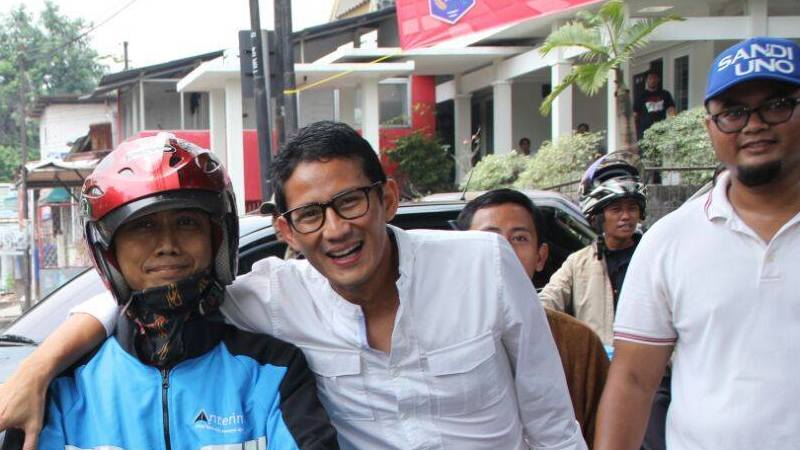 Sandiaga Uno (centre) has been named at the heart of a corruption scandal involving one of Indonesia's biggest coal miners (Photo: Commons)

A top politician may have personally benefited from payments made by one of Indonesia’s biggest coal miners to an offshore firm he owned, an investigation by Global Witness alleged on Tuesday.

Berau Coal paid at least $43m between 2010 and 2012 to an obscure offshore company in the Seychelles called Velodrome Worldwide Limited, according to a report released by the NGO.

Sandiaga Uno is running to become the country’s vice president in the April 2019 elections. Popular with housewives and millenials alike, he is widely perceived as the “surprise star of the 2019 presidential election campaign”.

The multimillionaire, whose net worth is estimated at $360 million, said he has spent “somewhere around” $100 million in the campaign. Presidential polls published on 21 March showed incumbent Joko Widodo (alias Jokowi) on 53.6 percent versus former general Prabowo Subianto – alongside whom Uno is running as vice-president – on 35.4 percent.

According to Global Witness, the politician’s company, Recapital Advisors, took ownership of Berau Coal in December 2009. One month later, Indonesia’s fifth biggest coal company contracted Velodrome to advise them on “key strategic, business and operational aspects” for a monthly fee of $2m.

Uno was Velodrome Worldwide Limited’s only shareholder from its creation in October 2007 to May 2009, according to the International Consortium of Investigative Journalists’ global database of offshore leaks. The company later passed into the hands of one of Uno’s long-standing business partners, Singaporean lawyer Ng Soon Kai.

Global Witness said Uno, as the co-founder of Recapital which then owned Berau Coal, likely had “a hand in the payments from Berau Coal to Velodrome, and that he may have benefited from them personally in some way”.

The NGO also pointed to tens of millions of dollars worth of suspect payments to co-investor Rosan Roeslani, who is currently head of Indonesia’s Chamber of Commerce, including an undisclosed alleged $3m pay rise.

Neither Berau Coal, Recapital nor Uno could be reached for comment.

The company has been propped up by foreign investments, $950m in Berau Coal had been sold by the end of 2012, according to Global Witness.

Financier Nat Rothschild sold his stake in 2015, describing the venture as his “first and last investment in Indonesia’s coal sector”.

Indonesia is the world’s fifth largest coal producer, according to the International Energy Agency.

“These findings offer yet another potent reason why banks and investors should shun Indonesia’s big coal, and why politicians should withdraw their support for the significant expansion of coal-fired power in Indonesia,” said McWilliam.