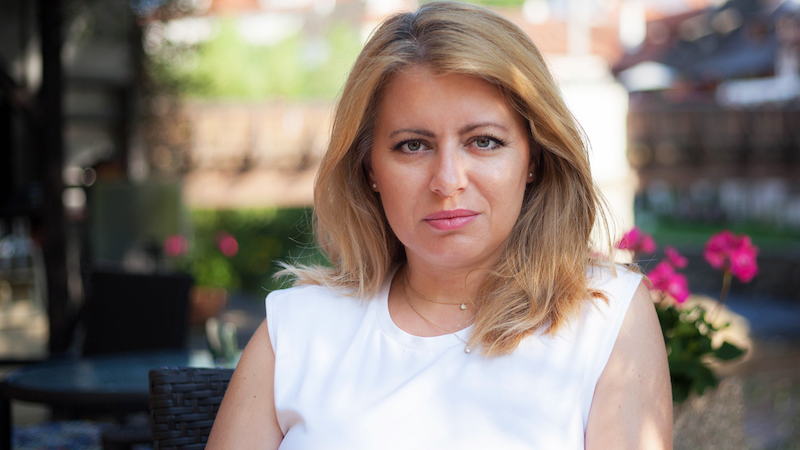 Slovakia’s first female president will challenge long-standing industrial interests and the financing of coal mining after being elected on Saturday.

In a second-round run-off vote, lawyer Zuzana Čaputová saw off European commissioner for the energy union Maroš Šefčovič, beating him 58% to 42% to take on the largely ceremonial role.

Čaputová has a long-record of championing environmental health, after she led a case against an illegal landfill site for 14 years.

Spokesperson Martin Burgr told Climate Home News that climate policy was “one of the key issues”, for the new president.

“The need is clear: to keep global warming at 1.5C. And to do that we need to start green and just [transition] of not only our economy but society,” he said.

Burgr said the president-elect wanted Slovakia to grasp “the opportunities presented by low carbon development and eco-innovation in terms of sustainable and quality jobs, not ‘just’ protection of the climate”.

Slovakia is one of the most energy intensive economies in Europe, with its automotive, metal, steel and chemical manufacturers having been favoured over emissions cuts by Slovak governments, according to think tank E3G.

Current subsidies prop up the otherwise uneconomical production of lignite, while a 2023 deadline to phase-out coal has drawn criticism for loopholes.

Burgr said Čaputová was an “outspoken critic of subsidies for coal mining” who backed an initiative calling for the swift phase out of coal mining and support for affected workers and regions.

Slovakia is part of the Visegrád group, a bloc including Hungary, Czech Republic and Poland, which has fought to quell EU climate ambitions. Čaputová’s spokesperson said she would “use her influence with the group to advocate for more pro-climate stance”.

Ada Ámon, a Hungarian analyst for the think tank E3G, said the win was “hope for the region”.

“For a Visegrad country, it is a very interesting development that a woman with a liberal, Erin Brockovitch background comes into the picture,” Ámon said.

In 1999, a wealthy developer expanded a landfill in the small vineyard town of Pezinok in Western Slovakia. Cancer, respiratory illnesses, and allergy rates shot up, with one particular type of leukaemia being reported eight times more than the national average.

Čaputová rallied local support against the landfill through petitions, protests and cultural events. She also took the case to the European Court of Justice, prompting the EU judiciary to affirm the public’s right to participate in decisions that impact their environment.

In her 2016 acceptance speech for the Goldman Prize, Čaputová said that “in Slovakia we are still learning lessons about democracy after the fall of communism… We cannot let it run without our involvement.

“The same goes for the protection of our planet. It needs engagement.”

However, her win will not immediately impact the country’s direction. In Slovakia’s parliamentary democracy, the office of president does not have executive power. Asked whether Čaputová would act against the country’s coal subsidies, Burgr said that “it is not in the competence of the president to change this directly”.

But Ámon was confident that the future president could use her role to pressure the government of prime minister Peter Pellegrini and “encourage as much public consultation and debate on [climate] as is possible”.