As the impacts of Cyclone Idai continue to grow in south-eastern Africa, the global agency says extreme weather is worsening hunger and conflict 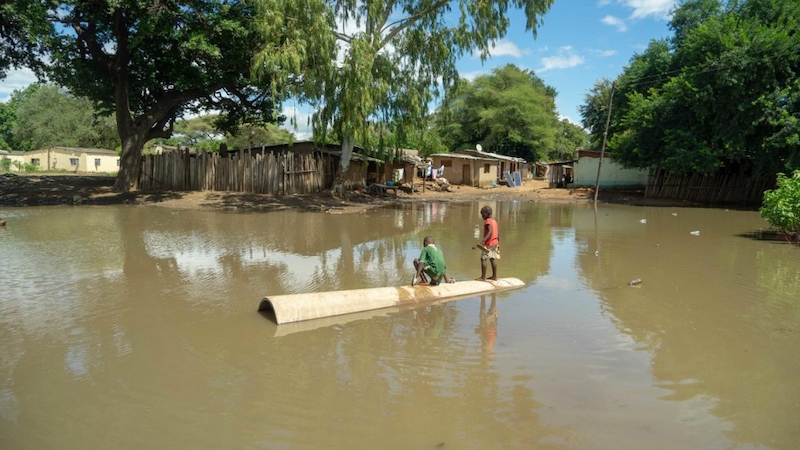 Extreme weather impacted almost 62 million people in 2018, according to the World Meteorological Organization (WMO), while the fallout from Cyclone Idai in Mozambique, Zimbabwe and Malawi continues.

At one degree of warming above pre-industrial levels, freak floods, heatwaves and prolonged cold snaps have devastated lives across the globe, the WMO’s State of the Climate report revealed on Thursday.

Commenting on the release of the report, WMO secretary-general Petteri Taalas said the extreme weather had continued into 2019 “with Tropical Cyclone Idai, which caused devastating floods and tragic loss of life in Mozambique, Zimbabwe and Malawi. It may turn out to be one of the deadliest weather-related disasters to hit the southern hemisphere.”

“Idai made landfall over the city of Beira: a rapidly growing, low-lying city on a coastline vulnerable to storm surges and already facing the consequences of sea level rise,” Taalas said. “Idai’s victims personify why we need the global agenda on sustainable development, climate change adaptation and disaster risk reduction.”

At least five cases of cholera have now been confirmed in Beira, Mozambique, prompting the World Health Organisation to send out 900,000 vaccines. The country’s health ministry worries that 2,700 cases of acute diarrhoea may in fact be symptoms of the disease.

Cyclone Idai landed amid record greenhouse gas concentrations. When the first edition of the WMO’s annual State of the Climate report was released in 1994, carbon dioxide levels were at 357 parts per million. By 2017, they had reached 406 parts per million, with experts expecting even higher figures for 2018 and 2019.

“These data confirm the urgency of climate action,” said UN secretary general Antonio Guterres, urging world leaders to attend a summit he has scheduled for September. 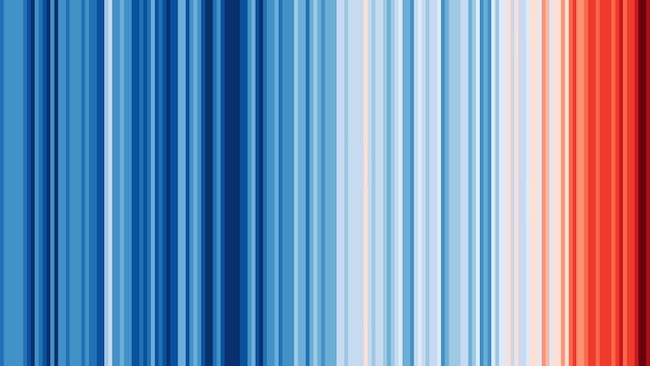 Temperature anomaly for each year since 1850 is depicted by a single bar (Credit: Ed Hawkins)

Although it is impossible to attribute a single weather event to climate change alone, current science is clear that global warming intensifies certain meteorological phenomena. Warming oceans, for example, are known to turbocharge tropical storms, while their rainfall is dictated by the levels of moisture in the atmosphere. Research published in November found that climate change had made hurricanes Katrina, Irma and Maria wetter, intensifying rainfall by as much as 10%.

These extremes are worsening hunger, which, according to the WMO, is rising again after a prolonged decline. In 2017, the number of undernourished people was estimated to have climbed to 821 million. Forty countries continue to rely on external assistance for food supplies, 31 of which are in Africa.

Weather instability and food insecurity are, in turn, fuelling conflicts and migration, the report found. As of September 2018, over 2 million people were forced to flee their homes due to weather and climate events. Drought, floods and tropical storms were said to have caused the most displacement in 2018.

The report also lamented the vulnerability of refugee camps to extreme weather including storms. Already traumatised by persecution, hundreds of thousands of Rohyngya refugees suffered second displacements due to raging monsoons.

“It is clear from the natural disasters, sudden natural disasters, but especially the slow onset, for example the way droughts are becoming more frequent,” he said. “These kind of disasters are causing massive displacement, which will inevitably increase migration flows. At the same time by impacting on productivity and agriculture it will make hunger much riskier, and create factors of social instability.”