Xi made common cause with Emmanuel Macron on climate change, amid multi-billion dollar business deals on a 6-day visit to Europe 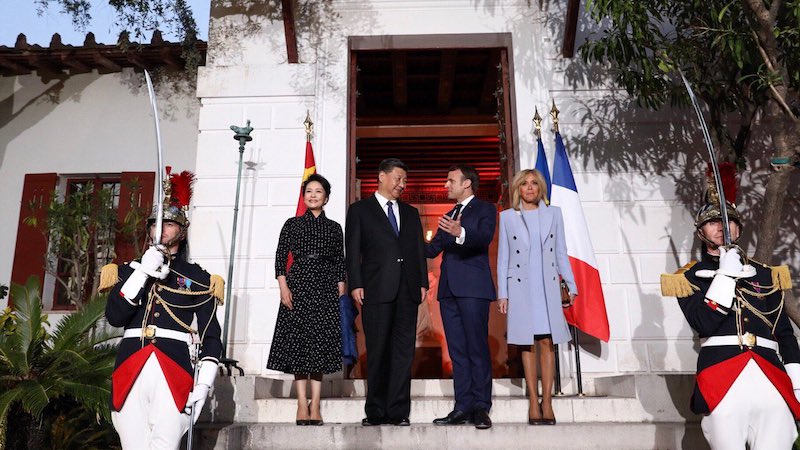 China and France affirmed their commitment to climate action in a joint statement on Monday, as part of president Xi Jinping’s tour of Europe.

Xi and his French counterpart Emmanuel Macron promised to “resolutely defend” the UN system, implement the Paris Agreement on climate change and mobilise finance to meet its goals. That contrasts with the US administration’s rejection of the Paris deal under Donald Trump.

The two countries are set to support UN chief Antonio Guterres’ planned September climate summit “by steering the preparatory work on climate finance and carbon pricing, and solutions based on nature,” the statement said.

It came as part of a 6-day visit by Xi to Europe, focused on securing business deals worth billions of dollars. These included a Chinese order for 300 Airbus planes, as well as renewable energy, gas and transport infrastructure contracts.

Germany’s Angela Merkel, after meeting Xi in Paris, said Europeans “want to play an active part” in the belt and road project, as reported by Reuters. “That must lead to a certain reciprocity, and we are still wrangling over that a bit,” she added, referring to calls on China to open its markets to European businesses.