Draft bill would give government powers to regulate CO2 and create carbon markets, but faces stiff opposition inside and outside Moscow administration 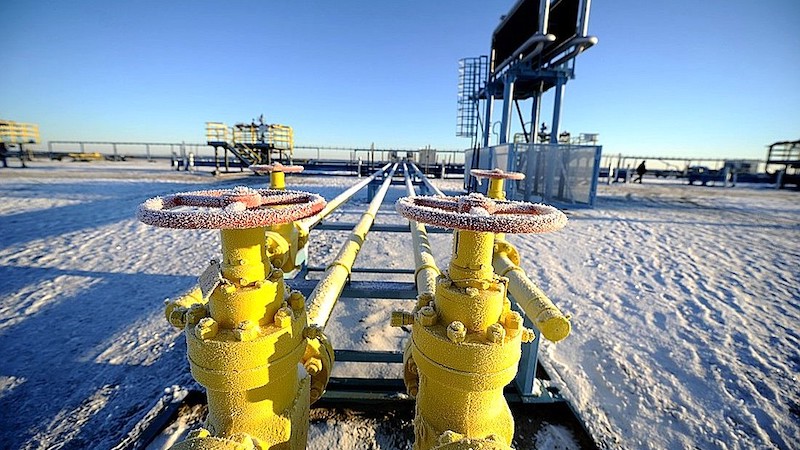 By Natalie Sauer and Richard Collett-White

Russia is considering climate legislation that could give the world’s fifth largest emitter a framework for regulating carbon emissions for the first time.

The draft bill would give the government powers to introduce greenhouse gas emission targets for companies, and charges for those that exceed them, with proceeds potentially going into a fund to support carbon-cutting projects.

The legislation, which has been drawn up by the Ministry of Economic Development, is under consultation with other ministries and stakeholders and expected to be finalised in June.

The framework includes different regulatory mechanisms, such as a cap and trade system of emissions permits and tax breaks for companies reducing or capturing their emissions.

Specific targets for particular sectors are not included. From the set of policy instruments presented, though, future governments would then be able to “select and apply, as required”, says Alexei Kokorin, director of the climate and energy programme at WWF Russia.

The move has been welcomed by environmental NGOs which have long called for legally binding targets on greenhouse gas emissions in Russia.

Vladimir Chuprov, from Greenpeace Russia, said the law, if passed, would set a “new legal norm for Russian legislative history”, providing “CO2 and other greenhouse gases with legal status.” It “puts the question of CO2 cuts on the table,” he added, even if the “targets are low”.

The current draft is likely to face strong opposition from within the Russian parliament and industry. A source from the Russian Union of Industrialists and Entrepreneurs (RSPP), which presented an alternative, weaker piece of legislation in December, excluding quotas, emissions trading and charges for exceeding emissions targets, told the Russian newspaper Kommersant that it “could not support” the legislation “in its present form”.

Russian environmentalists are divided over the chances of the climate legislation passing into law, with only the ministries of economy and environment said to be in favour of the text.

Backed by the fossil fuel industry, the energy ministry, Chuprov said, opposes the current version of the law. “They are very scared that this law will damage the fossil fuel sector in Russia,” he told CHN.

Kokorin said misinformation surrounding the Paris Agreement had encouraged the formation of a “very large opposition” from “people closest to the president, among whom the Russian military and intelligence”.

Consultants, such as climate sceptics from the Russian Academy of Science, have deliberately sought to undermine the ratification of the Paris Agreement by suggesting that the deal could later be amended to impose targets on countries, or penalise countries not respecting their commitments, he said.

Kokorin described the current version, which outlines penalties for CO2 emissions, as “absolutely unfeasible”. “Big business and oligarchs will fight against it. It will be weakened,” Kokorin said. “They are smoothly pushing the goal of the ratification under the carpet.”

Chuprov, however, said that he thought that the legislation had an “80-90% chance” of passing this summer.

The legislation steers clear of mentioning the Paris Agreement, which Russia is one of the few countries yet to ratify. Last week, the president’s special representative for environmental protection, ecology and transport Sergei Ivanov announced that the government would only ratify the Paris Agreement once a “stocktake” of Russia’s forests and their capacity to absorb CO2, currently underway, had been completed.

The head of the Russian Federal Forestry Agency, Ivan Valentik, has said the inventory should be ready for 2020.

The legislation comes amid efforts by president Vladimir Putin to modernise Russia for an era of greener international markets. A 2018 state report found up to 70% of Russia’s energy infrastructure, which includes nuclear and pipelines, was outdated. Under such conditions, the social and economic damage from accidents can be estimated at 600-700 billion rubles ($9.35-10.9bn) per year, threatening Russia’s economic stability.

“For Putin, it’s quite important because politicians understand that any accident like Chernobyl has a political impact,” Chuprov said. “This is why Putin is trying to convince industry to invest more into the modernisation of Russia.”

A framework law on carbon markets and greenhouse gas emissions was the most straightforward way to “motivate oligarchs to invest more into low-carbon technology,” according to Chuprov.

This article was published in partnership with DeSmog UK.