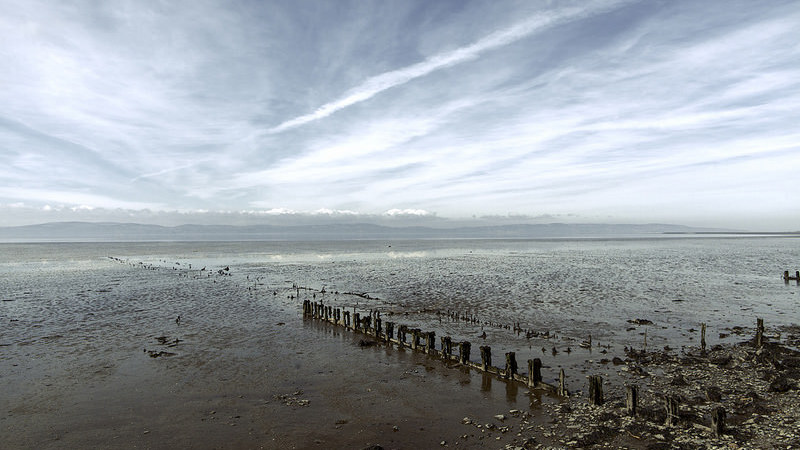 The protected mudflats of Lough Foyle, on the border between Ireland and Northern Ireland (Photo: john.purvis/Flickr)

Northern Ireland wants to be part of London’s new post-Brexit environment law – raising new complications in regulating border-defying pollutants across a land border with the EU.

UK environment policy is devolved to the Scottish, Welsh and Northern Irish governments. The UK government’s draft Environment Bill is therefore limited to England – and risks leading to diverging rules and regulatory gaps once Britain leaves the European Union.

To avoid protection gaps, Northern Ireland has asked to be part of the bill, and is now talking to the UK government about how to apply it, according to a letter published by the House of Commons’ Environmental Audit Committee on Friday.

The decision was based on concerns that Northern Ireland’s environmental protections would otherwise be weakened after Brexit, Northern Ireland’s permanent secretary for the environment Denis McMahon wrote. It would not be possible for Northern Ireland to fill those regulatory gaps with its own legislation because it has not had a sitting assembly since 2017, he added.

However, applying the environment law to Northern Ireland presents new complications: how to regulate free flowing air and water pollutants across a land border with the EU, and how to manage protected sites now shared between Northern Ireland and Ireland, the letter noted.

Belfast and London are looking at how these issues would affect the remit of the new watchdog, known as the Office for Environmental Protection.

The answer, according to Labour MP Mary Creagh, is a softer Brexit.

Adding Northern Ireland to the environment regime may require the rest of the UK to keep regulatory alignment with the EU under the Irish backstop arrangement – “effectively requiring the whole of the UK to stay within a customs union and single market”, said Creagh, chair of the Environmental Audit Committee.

However, there are still concerns that environmental protections in Scotland and Wales will diverge if London presses ahead with its Environment Bill rather than building a system with the devolved governments. Scotland opened a consultation on how to maintain environmental governance after Brexit in February, which closes in May, and Wales is expected to start one later this month.

“It creates an anomaly for Scotland in terms of animal and plant protection and highlights the importance of our recommendations that the Office for Environmental Protection must be co-designed and co-owned by all the nations of the UK in order to be more resilient, independent and effective,” Creagh said.