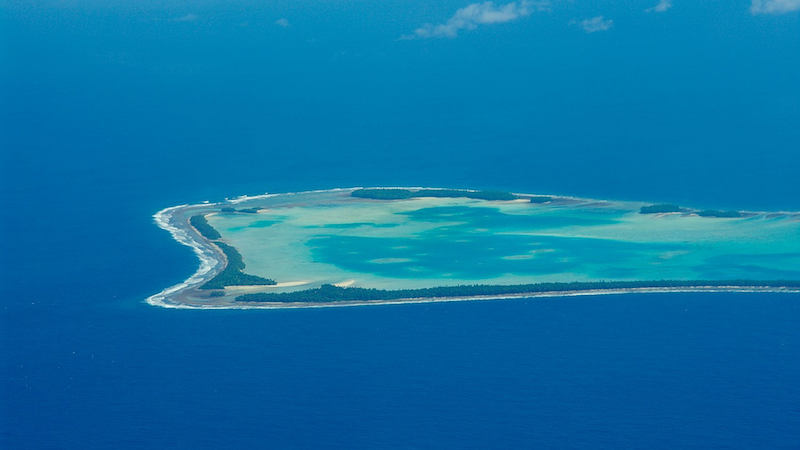 Tensions have flared up between Australia and its Pacific neighbours over the future – or lack of it – for small island states as sea levels rise.

Australian former prime minister Kevin Rudd sparked debate by suggesting his country could take on the residents of three Pacific islands likely to be sunk by climate change, in exchange for maritime and other resources.

In an essay published on 4 February, Rudd proposed that the government offer Australian citizenship to islanders of Tuvalu, Kiribati and Nauru, totalling around 75,000 people.

“If our neighbours requested this,” Rudd wrote, “and their peoples agreed, Australia would become responsible for their territorial seas, their vast Exclusive Economic Zones, including the preservation of their precious fisheries reserves.”

The arrangement would entail the three states entering into “formal constitutional condominium” with Australia, of the type that Australia has concluded with Norfolk Island, along with constitutional changes.

The comments drew anger from Tuvalu prime minister Enele Sopoaga, who described them as “imperial thinking”.

“We are a fully independent country, and there is no way I’m going to compromise our rights to fisheries resources, our rights to our immediate resources,” Sopoaga told ABC.

Australia ought to focus on aggressively cutting emissions and end its dependency on coal, said Sopoaga. “The more [Australia fails to be] serious about cutting coal mining and exporting this for money, the more problematic the issue of global warming and the more we have to adapt.”

In 2017, coal generated roughly two thirds of domestic electricity in Australia, while the fossil fuel is one of the country’s top exports.

In a gesture of solidarity last October, Australia signed a declaration with its neighbours, labelling climate change “the single greatest threat to the livelihoods security and wellbeing of peoples of the Pacific”.

However, that solidarity has not been consistent. In October, Australia’s environment minister, Melissa Price, was accused of insulting the Pacific islands after she allegedly told the former president of Kiribati, Anote Tong, at a dinner that he was there “for the cash”.

In such a context, Sopoaga said islands in the region should form a supra-state, “based on cooperation and integration, perhaps into some sort of United States of the Pacific.”

“We will stand together to address issues of sustainable development, climate change, plastic pollution and the management of our shared resources,” he said.

In the long run, however, Australia too will suffer the consequences of its own lax climate policy, Sopaoga said, referring to recent floods in northern Queensland.

“The cause is not only about small island countries, it is everybody’s cause, everybody’s safety and security of living on this planet,” he said.