Region of island states calls for the Paris Agreement to be upheld, with Australia joining despite recent political turmoil over climate policy 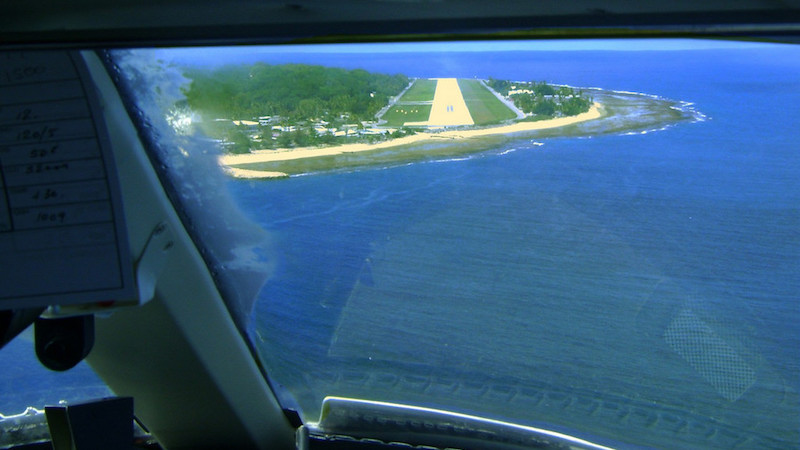 The final approach to the airstrip in Nauru, the world's smallest island nation (Photo: Tatters/Flickr)

Australia joined other Pacific island governments in a joint statement on Wednesday that named climate change as the major security issue facing the region.

At a meeting of the Pacific Islands Forum on Nauru on Wednesday, leaders signed the Boe Declaration, which recognised climate change as “the single greatest threat to the livelihoods security and wellbeing of peoples of the Pacific”.

The declaration also committed signatories to follow through on the promises made in the 2015 Paris Agreement on climate change.

Australia’s new foreign minister Marise Payne signed the document. Her government recently deposed prime minister Malcolm Turnbull after he proposed moderate measures to bring down carbon emissions. Australia currently has no policy designed to meet the targets it set in the Paris deal.

The forum agreed to develop an action plan to meet the security threat of rising seas and temperatures by November 2018.

Even as the leaders met in Nauru, water temperatures had spiked to a level where corals begin to bleach, Sydney Morning Herald journalist Peter Hannam pointed out on Twitter.

It was announced on Wednesday that Tuvalu will host next year’s forum meeting.