The oil and gas major will have to set out how its strategy and investments fit with targets to limit global temperature rise, under new resolution 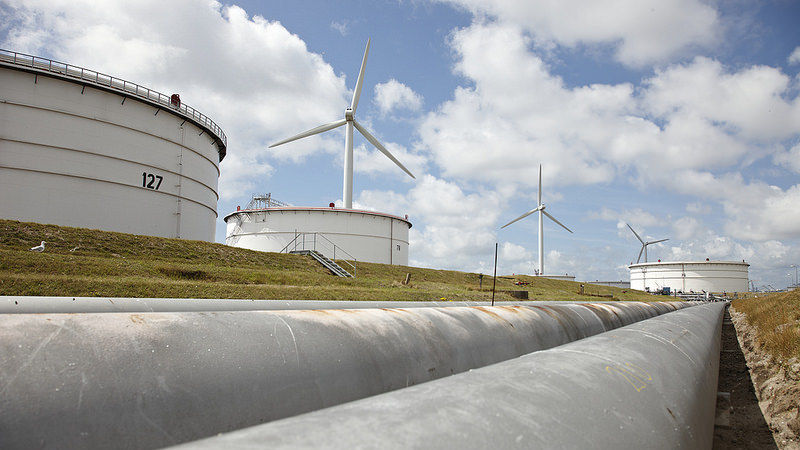 BP will back a shareholder push for it to begin reporting on how its strategy fits with the Paris Agreement’s goals, the British oil and gas major said on Friday.

The Climate Action 100+ group of more than 300 investors, who hold around $32 trillion in assets, plan to present the shareholder resolution at BP’s annual general meeting in May.

The resolution would require BP to set out a business strategy that it considers, “in good faith”, to be in line with the Paris goals to limit global temperature rise to well below 2C, and aim for 1.5C.

The company would also have to evaluate whether each new material capital investment is consistent with the climate agreement. And it would have to set out its anticipated levels of investment in oil, gas and other energy technologies, its goals for reducing operational greenhouse gas emissions, the estimated carbon intensity of its energy products, and how its targets are linked to executive pay.

If the resolution is approved at the meeting, it will be up to BP to provide additional corporate reporting for 2019, as well as the process and methodology for that reporting.

“BP is committed to helping solve the dual challenge of providing more energy with fewer emissions,” the company’s chairman Helge Lund said in a statement. “We believe our strategy is consistent with the Paris goals.”

The company plans to provide a more detailed explanation of its support for the resolution when it publishes a notice of the AGM, it said.

Comment: Exxon knows renewables are cheaper, even if Trump doesn’t

Investors and environmentalists welcomed BP’s announcement, while stressing they will continue to monitor its climate performance.

“This is good news for both investors and the planet,” said Bruce Duguid, head of stewardship at the investment management firm Hermes EOS and the lead coordinator of the resolution. “The decision by the BP board to support the resolution shows that this is a priority for the company and builds on progress to date, such as setting best in class methane intensity targets.”

This is a super significant step forward on #climate action. BP will need to report on how it’s aligning capex planning with the terms of the Paris Agreement. These accountability & transparency requirements will help shift BP’s internal climate responsibility discussions. https://t.co/hGzH8mqCoH

The charity ShareAction added that it will keep an eye on BP’s capital expenditure decisions, especially its plans for significant growth in the Gulf of Mexico’s hydrocarbon fields.

Oil and gas majors in Europe and the US have gradually bowed to shareholder pressure in recent years to give more information on how climate change affects their business, and set goals for reducing their emissions.

Shell announced in December that it will set short-term targets to shrink the net carbon footprint from its energy products and link those goals to executive remuneration – also in response to calls from the Climate Action 100+ group. BP introduced a plan last year that sets near-term emissions goals for its operations.