Exxon knows renewables are cheaper, even if Trump doesn’t

Comment: The US is pushing fossil fuels at UN climate talks, but prices for clean energy have tumbled so fast even oil companies are investing in renewables 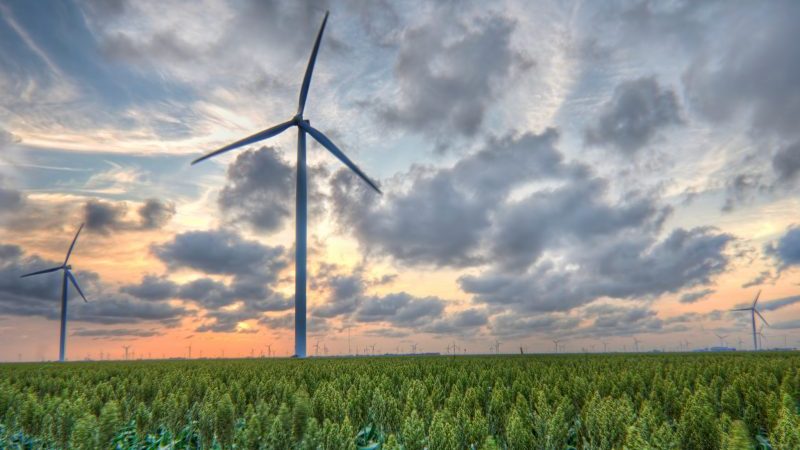 A wind farm in Texas, US (Pic: Drew Kolb/Flickr)

At Cop24, the Trump administration is touting coal and gas as the energy of the future, but leading US energy companies are doubling down on renewable energy.

More and more large corporate customers are demanding access to clean power. That’s not just because of the climate credentials of renewables. But because solar and wind are proving to be among the cheapest power sources available, providing secure access to energy that is affordable, and generating good and long-term jobs.

One large corporate buyer embracing the benefits of renewables is oil major ExxonMobil, which recently secured a 12-year agreement to supply its Texas operations with 500 MW of wind and solar, from early 2020. The tenure is the largest ever renewable power contract inked by an oil company and will provide enough electricity to supply around 400,000 average US homes.

Follow us on Soundcloud and all good podcast apps.

These leading businesses are also providing a new source of finance for a faster roll out of renewable energy around the world, by investing over $94 billion to reach their 100% goals.

Utilities are reacting to this growing market opportunity. One of America’s largest utilities Xcel Energy this month committed to zero-carbon power by 2050, as part of a sweeping new “clean energy vision”.

To date, over 40 power utilities have committed to bold climate action through the We Mean Business coalition’s Take Action campaign, including five of the world’s top ten power utilities by market cap. This also includes over 20 companies that have committed to science-based targets, such as Europe’s Ørsted, NRG Energy in the US and CLP in China.

The strength of the market opportunity is clear. In 2017, global solar capacity grew faster than all fossil fuels combined, including coal, oil and gas-fired power stations.

While renewables are outcompeting traditional power on price. According to research by the World Economic Forum, unsubsidised renewables were the cheapest source of electricity in 30 countries in 2017, and renewables are predicted to be consistently more cost effective than fossil fuels globally by 2020.

One of the most striking developments has been with solar. Utility-scale solar plants – those capable of feeding power directly to the grid – have seen a price decrease of 86% since 2009, a recent report from Lazard shows. Solar power now costs $50 to produce one megawatt-hour, while coal power costs $102 for the same amount of electricity, according to the analysis.

Even though policy at the federal level in the US is still supportive of coal, the support for renewables from cities, states and regions is growing all the time.

More than 80 cities, five counties, and two states in the US have committed to 100% renewables and six of those cities have already hit the target, according to data from the Sierra Club. In addition, a Michigan lawmaker is proposing the state join California and Hawaii in their commitment to going 100% renewable.

The opportunity is not just there for the corporate customers and suppliers – it’s also helping to create good, long-term jobs.

Global renewable energy employment surpassed 10 million jobs in 2017, an increase of more than 5% compared with the previous year, according to IRENA. In the US, 786,000 people were employed in the renewable energy sector in 2017, up 1% from 2016.

Meanwhile, US coal plant closures have continued apace since the current administration took office in January 2017, despite reversing the previous administration’s energy and climate policy agenda in favour of coal plants.

Last year, in ‘coal country’ West Virginia, Chris Beam the president of the state’s largest power utility Appalachian Power, was asked by the state governor to get behind Trump’s call for more coal plants. Beam said that’s not going to happen because the company’s industrial customers – such as Steel Dynamics, Koch Industries, and Marathon Petroleum – are focusing more and more on renewables.

This trend away from coal highlights the need for the US companies and the government to engage in a just transition for workers at risk of unemployment. In Europe, Enel and Ørsted – two power companies transitioning away from fossil fuels to renewable generation – have pledged to facilitate social dialogue with workers and their unions and to meet these core labour standards themselves.

This engagement with a just transition, will help ensure that the benefits of a growing renewables industry are not derailed by any negative impacts from moving away from coal. Boosting jobs growth in this way will help support the strong public backing for renewables, which surveys show is already well established.

The shift to renewables is also being driven by a wave of technological advances, which is opening new markets and opportunities. That technology is not just helping to drive down the cost of producing electricity from solar and wind, but is also helping to advance the storage, transference, management and distribution of power.

The energy storage market will double six times by 2030, with more than $100bn being invested across the globe in the next 15 years, according to Bloomberg New Energy Finance.

In California, Tesla is working with PG&E on a massive 1.1 GWh battery system, after the company’s founder Elon Musk famously won his bet to install the world’s biggest battery in South Australia within 100 days. The project saved the state some $28.9 million in costs associated with stabilizing the energy grid in just 54 days.

Meanwhile, Siemens is supplying the transformers for a record-breaking high-voltage, direct current line in China, with a length of 3,284km and a transmission capacity of 12GW. And eMotorWerks is using its network of 6,000 EV chargers in the US to form a virtual distributed battery that can provide storage directly to the grid.

The opposition from the US federal government is not just at odds with the shift to clean, affordable and safe power being embrace by the country’s corporate buyers, power providers and citizens. Outside of the US, many countries are aggressively ramping up their commitment to renewable power, such as India, which has increased its 2022 renewable energy target by 28% to 227GW, from 175GW previously – more than three times the current 70GW.

According to a recent Bloomberg New Energy Finance study, the US invested $58.6bn in clean energy in 2016, while China invested nearly five times that level at $287.5bn.

These countries, along with the seven countries already at, or very near, 100% renewable power grids, realize that today we’re in a future where: “There is no technical or economic barrier to transitioning the entire world to 100% clean, renewable energy with a stable electric grid at low cost”. That’s the conclusion of Mark Z. Jacobson, a professor of civil and environmental engineering at Stanford University, who led a recent study in the roll out of renewable energy.

Grids delivering 100% renewable electricity wouldn’t have been imaginable just a few years ago. But research by the Energy Transitions Commission shows that by as early as 2035, it will be feasible in many geographies to build a near-total renewable power system.

By stalling efforts to embrace the zero-carbon grids of the future, the US administration risks the country losing competitive advantage to countries like India and China, which will increasingly benefit from cheap renewables as a driver of growth and jobs.

By embracing the shift to renewable energy, the US administration could help provide jobs, growth and innovation, as well as safe, affordable and clean power.

Nigel Topping is CEO of the We Mean Business coalition.