Brazil, the Democratic Republic of Congo and Indonesia all face a year of political flux placing their vast rainforests in peril 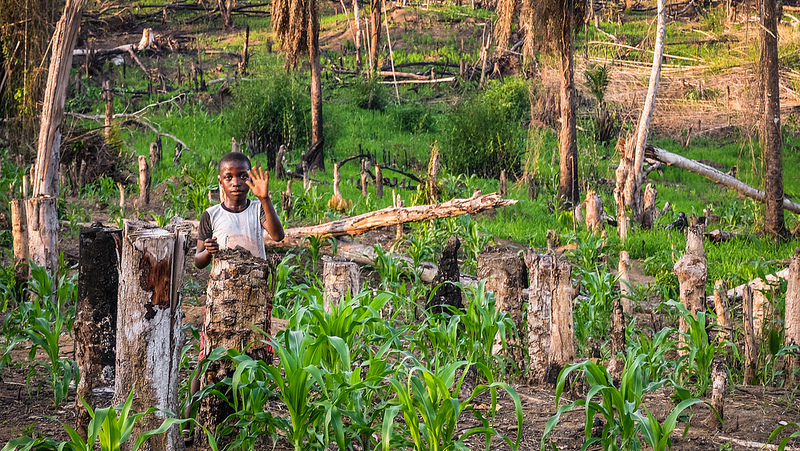 Political uncertainty hangs over large swathes of the world’s tropical forests this year, raising the risk of more destruction and carbon emissions.

Recent leadership changes in Brazil and the Democratic Republic of Congo, and presidential elections in Indonesia this April, are fuelling concerns that politics could side with industries such as palm oil, timber, mining and agriculture in the world’s three biggest rainforest countries.

Brazil’s new right-wing president Jair Bolsonaro campaigned on promises to open the Amazon up to development. In his first foray on the international stage last week, he called on international businesses to invest in the country’s natural resources.

The DRC’s peaceful presidential election of Felix Tshisekedi last month was the first democratic transfer of power since independence in 1960 – although the African Union and European Union questioned the results and the Financial Times reported “massive electoral fraud”. It now remains to be seen whether Tshisekedi’s government curbs forest clearing and cracks down on the corruption that undermines conservation efforts. He gave little indication during the campaign.

Meanwhile in Indonesia, the two presidential candidates – incumbent Joko Widodo (known as Jokowi) and ex-army officer Prabowo Subianto – have given vague promises of environmental protection but few details. That said, Jokowi, who won as an outsider populist in 2014, has done more than some expected to tackle deforestation.

As of 2015, Brazil was home to 12% of total forest global cover, the DRC nearly 4% and Indonesia 2%, according to the UN’s Food and Agriculture Organization. But tree cover in all three continues to shrink. The actions of the new governments could determine the world’s ability to avoid some of the worst effects of climate change.

“Forests could provide about a third of the solution to climate change, but at the moment they’re more part of the problem because of deforestation,” said Tim Christophersen, head of UN Environment’s freshwater, land and climate branch in Kenya. “If that was stopped and we could restore forests at a large scale, we could probably close about a third of the current emissions gap.”

For now, efforts to stem deforestation have mostly failed to make a dent. The tropics lost an area the size of Vietnam over 2016 and 2017, when tree cover shrunk by record levels, according to the data and monitoring website Global Forest Watch.

Brazil’s deforestation in 2017 was equivalent to 365 million tonnes of CO2 and jumped by almost 50% over the three months of campaigning before Bolsonaro was elected last year. The DRC’s tree cover loss was equivalent to 158Mt last year and Indonesia’s to 125Mt.

Environmentalists are particularly concerned about Brazil. In his speech at the World Economic Forum in Davos last week, Bolsonaro stressed Brazil’s history of environmental protection while touting its economic opportunities.

But the “wave of forest destruction and violence” started when Bolsonaro immediately removed environmental and human rights safeguards, said Christian Poirier, programme director at the NGO Amazon Watch. “These reckless moves, tailored to serve Brazil’s agribusiness and extractive industries, undermine fundamental constitutional protections that preserve forests and assure the safety of the indigenous and traditional communities who call them home,” he said.

In the Democratic Republic of Congo, deforestation remains relatively high and driven by clearing for agriculture, the use of wood for energy, timber and mining, said Christophersen. The UN’s REDD+ programme, which pays developing countries to reduce their deforestation, is starting to work in some places. But it was forced to freeze payments to the government last year amid concerns over the awarding of new logging concessions to Chinese companies. Peatlands across the Congo Basin could release huge stocks of carbon if developed for mining and fossil fuels, Christophersen added.

There is more optimism around Indonesia, although environmentalists are still wary.

Jokowi initially raised concerns that he would not follow through on his predecessor’s commitments on forestry, but then made progressive moves such as creating a new peatland restoration agency and extending a 2011 moratorium on licenses in forest and peatland, said Frances Seymour, distinguished senior fellow at the World Resources Institute.

Still, it will be up to the next president to cement that ban and push Indonesia’s large palm oil industry to become more sustainable, said Panut Hadisiswoyo, founding director of the Orangutan Information Centre in Indonesia. The country has around 69% of its natural forest intact, he said.

“I worry that with the current visions of the presidential candidates, they have no specific calls for the protection of this remaining forest,” Hadisiswoyo said. “This natural forest is the last limit for sustaining our biodiversity. I worry that this forest will have no guarantee to strive, to be kept as forest.”

There are some good signs. Costa Rica’s tree cover grew from 20% to around 50% over 30 years, Christophersen noted. And Indonesia’s loss dropped by 60% year-on-year in 2017, which Global Forest Watch attributed in part to a 2016 moratorium on peat drainage, educational campaigns and stronger enforcement.

“Without political leadership, we would not see with those kinds of successes,” Christophersen said.

However the potential for more damage remains strong – especially at a time of more nationalistic populist leaders such as Bolsonaro.

“A cross-cutting issue is how this global wave of populism plays out in the climate change debate, and in these countries how it plays out with respect to land use in particular,” said Seymour.